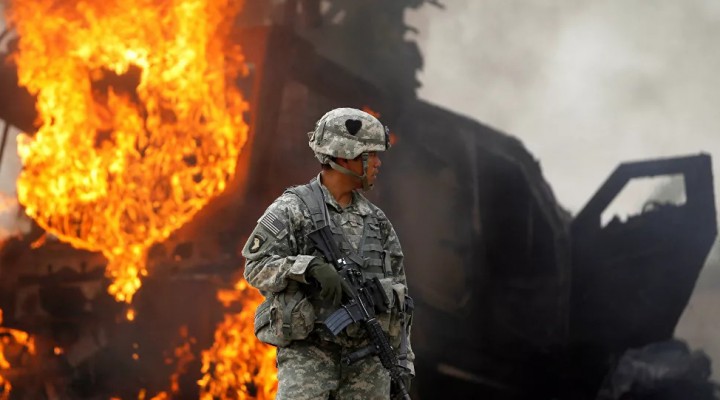 The Pentagon has been castigated for undercounting the deaths of civilians in its foreign military operations. That might seem like ethical criticism. But it’s woefully not enough. Ending illegal US wars should be the real focus.

Two US lawmakers have this week complained to Secretary of Defense Lloyd Austin over a Pentagon report which purports to account for civilians killed accidentally by American forces.

Representative Ro Hanna and Senator Elizabeth Warren, both Democrats, rebuked the Department of Defense (DoD) for minimizing the number of casualties. The lawmakers cite open sources that indicate the Pentagon underestimated deaths by a factor of five.

Calling for a further investigation into the Pentagon’s admissions, the lawmakers stated: “We need to openly consider all the costs, benefits, and consequences of military action, and that includes doing everything we can to prevent and respond to civilian harm.”

The Pentagon report in question is an annual accounting of civilian deaths caused by US forces in foreign operations. It claims that there were only 23 civilians killed during the year 2020 in military deployments across six countries: Afghanistan, Iraq, Syria, Yemen, Somalia and Nigeria.

It is by no means the first time that the Pentagon has been accused of underestimating its “collateral damage”. In a previous report for 2019, it claimed responsibility for 132 civilian deaths in Afghanistan, Iraq and Syria whereas open-source figures put the death toll for the period at nearly 10 times higher.

On reading the latest US military report, it sounds like the epitome of legal probity and humanitarian scruples.

It states (page 5): “All DoD operations in 2020 were conducted in accordance with law of war requirements, including law of war protections for civilians, such as the fundamental principles of distinction and proportionality, and the requirement to take feasible precautions in planning and conducting attacks to reduce the risk of harm to civilians and other persons and objects protected from being made the object of an attack.”

However, to get hung up on the narrow issue about the exact number of unlawful killings inflicted by the American military, or on whether those deaths amount to war crimes or not, is to miss a much more important point. That is, the entire US military presence in these foreign countries is illegal and arguably amounts to the supreme war crime of aggression.

The Pentagon report admits to operations in just six countries. No doubt there are more nations where US covert forces are deployed. But let’s just take the six admitted to.

The wars in Afghanistan and Iraq were the result of US lies and fabrications about the perpetrators of 9/11 and weapons of mass destruction. There was no justification for these wars which caused millions of deaths over a span of two decades. Doing an annual audit on civilian deaths is obscenely misplaced.

Those entire military operations were “permitted” by ad hoc US laws known as Authorization for Use of Military Force (AUMF). Under international law, the only foreign military deployments that are legitimate are those mandated by a right to self-defense from imminent attack, or by the UN Security Council, or by a request from an allied government for assistance. Arguably, the US launched its wars on Afghanistan and Iraq without meeting any of these criteria.

In the cases of Syria, Yemen, Somalia and Nigeria, the illegal presence of US forces is even more salient. The invocation of AUMF laws by Washington is grotesquely tenuous. It is simply a carte blanche to invade foreign nations and bomb at will. That is nothing less than aggression and state terrorism.

So, while Democratic lawmakers in the US may sound ethical in their criticism of the Pentagon over counting civilian casualties, their concern about “proper accounting” and “costs and benefits” is really a sham.

The real and only issue is to end all criminal US wars that are being waged in multiple countries simultaneously. American lawmakers and the American public need to realize that their government is guilty of war crimes, not just guilty of glossing over human horrors.

American leaders shouldn’t be receiving letters of complaint. They should be receiving warrants for prosecution over war crimes.

0 thoughts on “End Criminal US Wars Not Just Illegal Killings”