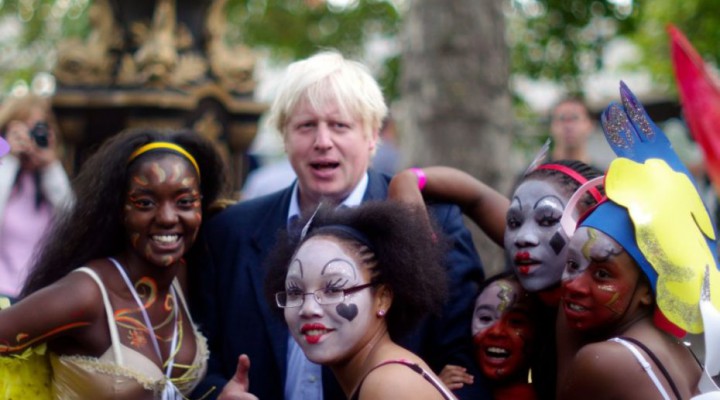 It turns out the British media are the ones that were peddling fake news on Johnson’s deterioration and keeping the public in the dark.

British newspapers delivered the grim news on their front pages Tuesday: Prime Minister Boris had been taken into hospital intensive care because his health deteriorated rapidly overnight from Covid-19 disease.

The Mirror splashed: ‘Sick Boris Faces Fight For Life’. Other newspapers conveyed similar shocked tones and the disquieting sense of a government in disarray. Who will lead the government if Johnson is incapacitated, they asked?

Compounding the sombre mood is a mounting death toll among Britons, with over 5,300 succumbing so far to the global pandemic. Britain has not reached its peak in the epidemic.

Only the day before, however, the Mirror and other British news outlets were telling the public that 55-year-old Johnson had been admitted to hospital as a routine precaution. It was roundly reported that he was “in good spirits” and that, so to speak, there was nothing to see here or worry about. Move along everyone.

In particular, the British media quoted the prime minister’s Downing Street office as dismissing as “disinformation” earlier Russian reports claiming Johnson’s health condition was more serious. There was a palpable sense of British disdain that the Russians were distastefully indulging in infowar at a most inappropriate time.

A report on Monday in RIA Novosti, and picked up by other Russian outlets, claimed that Johnson was hospitalized and he could soon be put on a ventilator. The claim was attributed to a senior source in the British national health service. That claim indicated the prime minister’s health condition was not “in good spirits” but actually in grave decline, requiring medical intervention to assist with breathing.

The pathology of Covid-19 as shown in other cases is such that it can rapidly go from mild symptoms to aggressively attacking a patient’s internal organs, especially the lungs in which case victims can drown from their own pleural fluids.

Johnson was first diagnosed as having contracted Covid-19 nearly two weeks ago. He had been self-isolating in Downing Street and taking conference calls as the head of government, while reportedly suffering “mild symptoms” of coughing and fever.

On Sunday, he was admitted to St Thomas’ hospital in London, near Westminster, because of “persistent symptoms”. But, as noted above, the British media were dutifully repeating the official version that the hospital admission was precautionary and nothing more serious.

Things took a dramatic shift on Monday evening about 7.30pm local time when the BBC delivered “breaking news” that Johnson had been taken to the intensive care unit (ICU) within St Thomas’ hospital. Still, the British media were maintaining that the latest move was more precautionary than an emergency intervention. Even though being in ICU is a big deal.

The Independent reported Tuesday: “Boris Johnson has been moved to intensive care after his coronavirus symptoms worsened, just hours after Downing Street insisted he was in good spirits and in control of the government’s response to the escalating crisis… The prime minister is understood to still be conscious and to have been moved as a precaution, in case he requires ventilation to aid his recovery.”

The outlet added: “He was given oxygen to help his breathing before he went into the intensive care unit, sources said last night.”

British media Tuesday were quoting Cabinet ministers as saying that Johnson had not been subjected to invasive ventilation, requiring the insertion of an oxygen tube into his lungs. Though it was admitted that oxygen was administered to him, presumably via a face mask.

Cabinet minister Michael Gove told the BBC on Tuesday: “The prime minister’s not on a ventilator. He has received oxygen support.”

If there is any change in his condition, “Number 10 [Downing Street] will ensure the country is updated,” Mr Gove added, according to the BBC.

At this point, Downing Street and the British media have lost credibility in their reporting on what is the exact condition of Johnson. Up to now, they have both been downplaying the matter and playing catch-up.

Was Johnson put on a ventilator on Monday, as Russian media were saying? Or was it a less invasive procedure of oxygen administered with face mask? It scarcely matters. The point is that the British prime minister’s life is in a lot more vulnerable condition than the British media were telling.

It was the Russian media who had the story largely correct and yet they were peremptorily dismissed as Russian “state-owned disinformation”. The dismissal by Downing Street was given added emphasis by British media outlets who seemed to be more keen to rubbish Russian rivals than actually check out the facts about Johnson. The rubbishing of Russian media also plays into the long-running dubious narrative about Russian interference and Kremlin-sponsored media influence.

Well, it looks like the Russian media had the scoop on Johnson’s deterioration. And it turns out the British media are the ones that were peddling fake news and keeping the public in the dark.

This is not meant to engage in petty oneupmanship and schadenfreude.

It’s a basic question of the British public’s right to know about a crucial matter on the state of their government in competently handling a public health crisis. The last thing needed is public uncertainty and distrust about what they are being told about a life-threatening pandemic, either by the government or by the media.