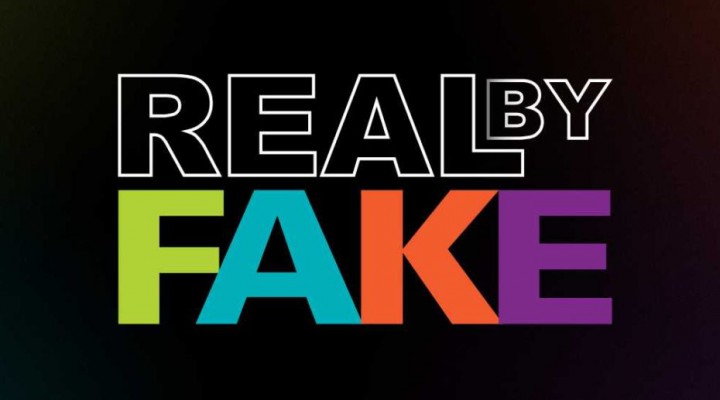 Propaganda disguised, sometimes believably, as actual news. Age-old religious teachings being transformed into the dogma of political cults. And now, historical facts being discarded and replaced with alternate chronicles of humanity’s past. Such is the nature of information warfare now being waged by political hucksters, hoaxers, and hustlers on a global scale. Never before have the basics of primary, secondary, and collegiate education been more important in guarding against the whimsical fantasies and alternate realities of politicians like Donald Trump, Jair Bolsonaro, Narendra Modi, Boris Johnson, and others in their mold.

One of the most ridiculous contentions of the extreme right is that Adolf Hitler and his National Socialists, or Nazis, were left-wingers. These confabulators of history would have the world believe that Hitler and Franklin Delano Roosevelt were engaged in a war between leftist leaders and that Italy’s Benito Mussolini and Imperial Japan’s Hideki Tojo were mere leftist allies of Hitler.

In April 2019, after having paid a visit to Israel’s Yad Vashem Holocaust memorial and museum in Jerusalem, Brazil’s off-kilter President Bolsonaro confidently declared “there is no doubt” that Nazism was a leftist movement. Bolsonaro is not the only Brazilian leader to utter such inaccuracies about history. Brazilian Foreign Minister Ernesto Araujo is also on record as stating that Nazis represented a leftist political viewpoint. Both Bolsonaro and Araujo assume that because the word “socialist” was contained in the official title of the Nazi Party in Germany – the “National Socialist German Workers’ Party” – that means the Nazis were leftwing socialists.

Using the “logic” of Bolsonaro’s and Araujo’s political party, the Social Liberal Party (PSL) of Brazil, one should believe that the party consists of socialist-inclined liberals. In fact, that PSL is a neo-fascist party championed by Bolsonaro, someone who said the following about Hitler: “He was a great strategist: annihilated his enemies as everyone does when at war; I would have enlisted in Hitler’s army.” Venezuelan President Nicolas Maduro understood what Bolsonaro represents when, during his state of the nation speech in Caracas in January 2019, said, “Over there we’ve got Brazil in the hands of a fascist – Bolsonaro is a Hitler of the modern era!”

Bolsonaro and Araujo are unfazed by the fact that Nazis and their allies in Europe and Asia were committed fascists who were intent on stamping out socialism and communism around the world. They and their fascist ilk in Brazil, the United States, and elsewhere are ignorant of the basics of history and political science. In the United States, far-right pundits like Dinesh D’Souza – fully pardoned by Trump in 2018 for his previous criminal conviction for campaign finance law violations – and Jonah Goldberg, have erroneously argued that Nazis were leftists. Bolsonaro, a champion of the fascist and murderous military dictatorship that ruled Brazil with an iron fist between 1964 and 1985, was not a dictatorship. In Bolsonaro’s warped mind, as well as those of his supporters, up is down, Nazis were and remain leftists, and military dictatorships are democracies.

In 1944, President Roosevelt pointed out the fact that the Republicans of his era were using the “big lie” propaganda tactics refined in and practiced by the Nazi German leadership. FDR said, “The opposition has imported the propaganda technique invented by the dictators abroad. Remember a number of years ago, there was book, “Mein Kampf,” written by Hitler himself. The technique was all set out in Hitler’s book and was copied by all the aggressors of Italy and Japan. According to that technique, you should never use a small falsehood; always a big one, for its very fantastic nature would make it more credible, if only you keep repeating it over and over and over again.”

FDR’s warning was prophetic. Well over seven decades since the end of World War II and Nazi and fascist rule in Europe and Asia, Trump and his acolytes, as well as neo-fascists in Brazil, Italy, Britain, and elsewhere, rely on what Roosevelt called the “big falsehood” to confuse the electorate and obscure their own fascist policies. Trump’s domestic policy adviser, the white nationalist Stephen Miller, claims that criticism of his racist policies constitutes a form of “antisemitism,” merely because he is Jewish. Of course, history shows us that being of Jewish descent does not mean that one cannot be both antisemitic, as well as a Nazi. Frank Collin, the leader of the American Nazi Party, had a Jewish father: Max Frank Collin, born Max Simon Cohn in Munich, and a survivor, in contrast to his parents, of the Dachau extermination camp. Frank Collin’s predecessor as American Nazi Führer, George Lincoln Rockwell, was the son of vaudevillian performers, who counted among their closest friends such Jewish performers as George Burns, Jack Benny, and Groucho Marx, all of whom attended Rockwell’s christening. Stephen Miller’s pro-fascist and Nazi-like racial views should be seen through the same historical prism that resulted in the fanatical Nazi views of Collin and Rockwell. Miller has incorrectly stated that the immigrant-welcoming poem by Emma Lazarus, “The New Colossus,” situated at the base of the Statue of Liberty, was meant only for white Europeans. Borrowing from Joseph Goebbels’s “Big Lie” propaganda device, Miller hoped that his falsehood would become a historical fact.

Conversely, there are fundamentalist Christians like Bolsonaro; his son, Brazilian federal deputy Eduardo Bolsonaro; and Foreign Minister Araujo who agree with fanatical rightwing American Jews like Trump’s billionaire campaign financier Sheldon Adelson, US ambassador to Israel David Friedman, and Trump adviser Miller, as well as former Republican US House Speaker Newt Gingrich, on the status of Palestine. They believe Palestinians are a “made up people” or “invented people” out to “destroy Israel.” This represents yet another falsification of history, a technique known as revisionist negationism.

The Palestinians are referred to as Philistines and their nation as Philistia in the biblical Old Testament. The classical Greek historian Herodotus referred to Palestine as Palaistínē in the 5th century BC. Modern Palestinian nationalism is traced to the end of World War I and the collapse of Ottoman control over the region then known as Palestine. The subsequent British League of Nations mandate was over the territory of Palestine. The insistence by historical revisionists that Palestine was created in the 1960s is without any professional merit among authentic historians. Today, 138 nations recognize the State of Palestine, even though much of its territory is under Israeli military occupation. No amount of historical revisionism from Israeli racist expansionists and Christian fundamentalists can change that fact of modern international relations.

The Conservative parliamentary super-majority government of Prime Minister Boris Johnson has launched a wave of fake history not recently seen in the British Isles. Because Johnson is being compared to pre-World War II British Union of Fascists leader Oswald Mosley, history is being altered on the man who would have become Britain’s führer had Hitler launched Operation Sea Lion, the invasion and occupation of the British Isles. For example, a statue was recently unveiled of Britain’s first female Member of Parliament, Lady Nancy Astor, a member of the Conservative Party. It mattered not to those honoring Astor that she was a vocal supporter of Mosley and his fascist movement. Under Johnson, the Tories merely “reassess” Mosley in order to gloss over Astor’s sordid background of making excuses for Mosley, Hitler, Mussolini, and other fascists of her day. More shocking was the presence of former Prime Minister Theresa May at the dedication of the Astor statue in Plymouth. Will statues to Mosley and Radio Berlin’s British wartime propagandist William Joyce, also known as “Lord Haw Haw,” be next?

If honest historians, scholars, and writers permit the neo-fascists around the world to alter history, future generations might find themselves sitting in parks next to statues of Adolf Hitler, Benito Mussolini, and Hideki Tojo, while reading books praising the extermination of the native peoples of the Western Hemisphere, the virtues of the American Confederacy and the slave culture, and the statesmanship of Donald Trump.

0 thoughts on “Fake History Is Changing Global Perceptions of Reality”