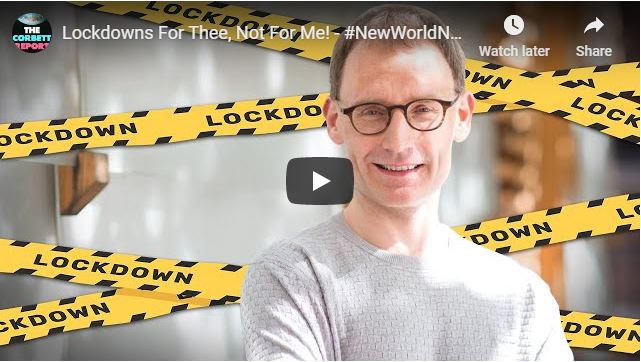 Scientist who promoted the lockdown doesn’t actually believe in the need for physical distancing.

Scientist who promoted the lockdown doesn’t actually believe in the need for physical distancing. Shocker

Alrighty. If lockdowns are soooo necessary to save the world from Covid, why did the man behind the UK lockdown hypocritically violate it (for sex, okay, urges, we get it)?
For people who are unwillingly imprisoned in their homes, doesn’t this piss you right off?

Double-standards. And he isn’t the only one. Canada’s Trudeau violated his own “stay home” warning, saying “enough is enough! Go home and stay home!”

–Justin Trudeau’s a ‘giant hypocrite’ for going to the cottage after saying physical-distancing rules are for everyone:

“This is about the person–one of the key architects of this lockdown madness that has spread around much of the world–it shows by his actions, not what he says but by his actions, shows that this is nonsense, that he doesn’t believe these things that he is preaching. That is the important part of this.

It’s about the fact that they lied to you, this person is outright lying to you he shows by his actions that this is not necessary, but he’s telling you to do it now. You guys should do this I’m not gonna do it but you guys should do it because you guys it’s very important that you guys do it…

So he’s showing by his actions that this is a lie.

When is enough enough? What is your line in the sand, as people around the world actually starve, suffer, get depressed, have their immune systems suppressed…and much more under lockdowns?

Further, as I’ve written a lot by now, Syria did not choose to lock down. Yes a partial curfew, 7:30 pm to 6 am, but otherwise, no enforced physical distancing, to the contrary, markets are crowded, people kissing cheeks in greeting, friends hugging…normality and healthy interactions.
My thoughts on Syria’s response to Covid19:
–Syria is not under lockdown, is not the dystopian society of war propagandists
–Damascus walks, April 26-28, Stores Re-Opened, Life in Streets