HOME / WORLD / Advice to the US on Iran: You are not a ‘normal nation’ 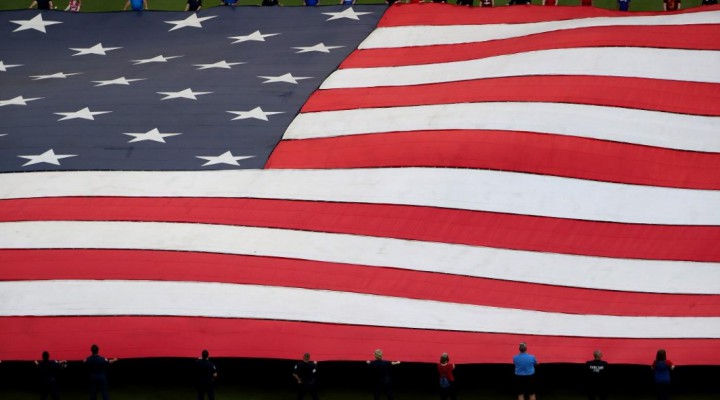 Pompeo recently asked why Iran wasn’t behaving like a ‘normal nation’. But if the US is the model for normalcy, we should all be very worried

Having threatened to obliterate Iran’s cultural heritage, expressed joy at the fact that Iran’s economy was “going to hell” and pulled out of international agreements, the White House is scratching its head.

In a recent speech to Stanford University students hosted by another veteran of Middle East disasters, former secretary of state Condoleezza Rice, Pompeo quoted Norway as a possible model of a “normal nation” to which Iran should aspire in transforming itself.

Of course, anybody making such a claim – racism aside – should at least come from a country with impeccable credentials for the title of Most Normal Nation on the Planet. Is Pompeo absolutely sure the US would qualify?

Eminent US historian Andrew Bacevich recently listed some indexes that Iran could take into account. In 2016, the year Donald Trump first lurched towards the White House, a number of less than desirable social trends characterised the US.

One in six were taking prescription psychiatric drugs, such as antidepressants or anti-anxiety medications. More than 16 million adults and more than three million adolescents were suffering from significant depression. More than 1.9 million Americans were regularly using cocaine, with half a million hooked on heroin and 700,000 on methamphetamines.

The US opioid epidemic, driven by a profit-hungry medical and pharmaceutical industry, is still killing tens of thousands of people each year; nearly 45,000 people commit suicide annually; nearly 40,000 Americans are killed in firearms-related incidents each year, many self inflicted.

In 2019, there were 439 mass shootings, averaging more than one per day and the highest on record.

The US jails more people than any other nation, with an incarceration rate of 724 people per 100,000, a total of 2.2 million – more than China and Russia.

Other social ills are growing: one in six US adults are binge-drinking several times a month; 11 million Americans are struggling with eating disorders, while nearly half of adults are obese. Cosmetic surgeons are performing more than 17 million procedures annually.

The list goes on: hundreds of thousands of children suffering from abuse or neglect, while social trust – how Americans felt about government institutions and their fellow citizens – is at an all-time low.

The US does not have a monopoly on human misery. It is spread liberally around the Western and non-Western worlds. Yet, no other Western or non-Western nation regularly and persistently claims to lead the rest of the world.

Now, let’s also assume that Iran, in attempting to become a “normal nation”, may alternatively find inspiration in the foreign policy that the US has pursued over the last three decades. It is difficult to find an existential threat big enough to rival global warming, but US foreign policy comes close.

No effort should be spared to ensure that Iran does not follow America’s lead in the following endeavours (as supplied by blogger Caitlin Johnstone): circling the planet with hundreds of its own military bases; acquiring thousands of nuclear weapons; using its power to crush any government, political party, movement or person who stands in its way; and meddling in scores of democratic elections around the world, then bemoaning the possibility of any nation returning the favour.

Advice for the future

Other endeavours Johnstone highlights include the liberal use of sanctions to prevent any sort of disobedience by starving civilians and depriving them of medicines while pretending to be a force for peace; toppling non-compliant governments and invading nations around the world; and indefinitely waging war across a vast region thousands of miles from home, causing countless deaths, without any benefits for civilians domestically.

Are we really sure that we want Iran to become a “normal nation”?

Humble advice: the US government should immediately grant a waiver to Norway to engage with Iran at every level, in order to help it to become a “normal nation” according to the well-known Scandinavian model.

Iran should ignore the advice to follow the US model of “normality” – mankind cannot risk another existential threat of that order.

0 thoughts on “Advice to the US on Iran: You are not a ‘normal nation’”