HOME / WORLD / The US proposed a partial withdrawal and ease in sanctions, Damascus rejected the offer

The US proposed a partial withdrawal and ease in sanctions, Damascus rejected the offer 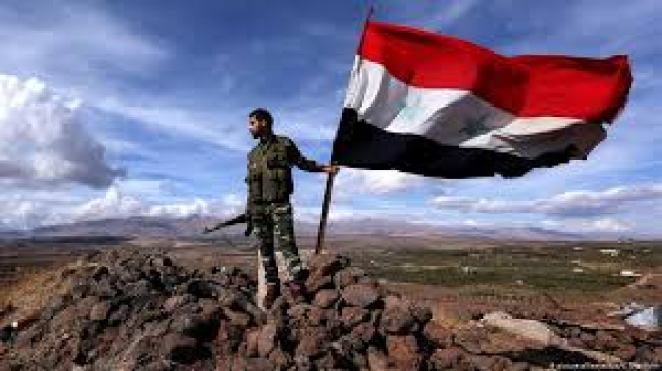 Damascus confirmed the visit of President Donald Trump’s Special envoy for Hostage Affairs Roger Carstens and Senior Director for Counterterrorism Kash Patel to Syria and their meeting with the Syrian Director of the National Security Ali Mamluk (sanctioned by the European Union and the US administration). It was the last of three visits the US took to Damascus where the first one was in 2017 when the United Arab Emirates arranged for a visit of a political and a military US delegation whose plane landed at Damascus airport and met with Mamluk.

The title of the US visit concerned the release of US prisoners arrested in Damascus. More than one of these captured have double Syrian-American nationalities and others who visited the country without going through the official channel but were ‘sold’ by rebels.

Sources in Damascus said that “the leadership has no intention to boost President Trump’s election and no American captured is expected to be released this year as long as Trump is in power”.

“Brigadier general Ali Mamluk asked from the US officials who visited his office in the Syrian capital if they have a plan of the US withdrawal from the Syrian occupied territory starting with the oil and gas-rich area in north-east Syria. If the Syrian Army is allowed to cross the river to regain control of the sources of energy, then Syria is ready to look into the matter seriously not before”, said the source.

Mamluk rejected an offer by the US senior diplomatic delegation to ease sanctions on Syria imposed by the EU and the US in exchange for an immediate release of at least one hostage. The US delegation members were pressing for the time of release. Still, they had no authority to discuss the withdrawal of all US forces from the occupied Syrian territory in north-east Syria.“The US diplomats mentioned the possibility of leaving al-Tanf where there are around

The US proposed a partial withdrawal and ease in sanctions, Damascus rejected the offer

On the road to Damascus

0 thoughts on “The US proposed a partial withdrawal and ease in sanctions, Damascus rejected the offer”