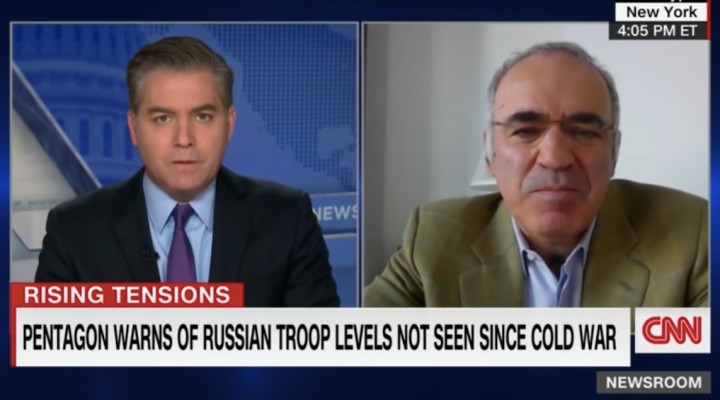 We’re being bashed in the face with western propaganda about the Ukraine situation with increasing forcefulness. Every day now we’re seeing things like “analysts” claiming Putin definitely wants a large-scale war, very familiar-looking puff pieces about Ukrainian guerrilla freedom fighters based on claims by anonymous intelligence sources, think pieces on why Americans should all care about Ukrainian freedom from Kremlin tyranny, and, of course, a lot of entirely unsubstantiated assertions about what Russia is doing.

Despite the British government’s evidence-free claim that Russia was planning to install a puppet regime in Ukraine being debunked within hours and then shown to be a US intelligence claim dishonestly packaged as a British one days later, mass media outlets still to this day repeat the allegation like it’s a real thing. Despite the entirely unevidenced US government claim that Russia was plotting to stage a false flag attack in eastern Ukraine failing to prove true in subsequent weeks, US Senator Bob Menendez went on CNN over the weekend and declared that this false flag which never actually, physically happened was grounds to sanction Russia effective immediately.

The US political/media class is just saying whatever it wants about what Russia is doing and planning to do with no regard for facts or evidence. Nothing is too cartoonishly hysterical; in fact the more clickbaity and attention-grabbing the better. They feel free to scattergun these outlandish claims willy nilly all over our information ecosystem because five years of Russia hysteria have taught them that they will suffer exactly zero professional consequences when they are proven wrong, and that they will in fact see their stars rise as a reward for advancing the interests of the US empire.

The CBC suggests "Russian actors" are behind the #TruckersForFreedom convoy. Seriously. #cdnpoli pic.twitter.com/a6sQyWtKkx

So they’re just churning out all these plot hole-riddled stories about hoards of Russian troops being on the verge of a full-scale Ukraine invasion with complete disinterest in what’s actually happening and the reality on the ground. And people are lapping it right up. My social media notifications are full of people calling me a Kremlin operative for disputing the official line about Russia and Ukraine as this barrage of mass-scale psychological manipulation washes over our entire civilization.

It’s interesting how in all the talk about “media literacy” over the last few years and the push to teach the public to distinguish between real news and fake news, the overwhelming majority of the mainstream public has remained blissfully unaware that it’s actually bad practice to swallow unevidenced assertions by western government officials about countries the US doesn’t like. Despite this government’s extensive and thoroughly documented history of lying to us about exactly this sort of thing over and over again for generation after generation, it’s still considered perfectly normal and acceptable to just deep throat whatever it tells us to believe without the slightest twinge of gag reflex.

So this is just a quick, friendly reminder while all this Ukraine stuff is happening that the burden of proof is always on the party making the claim, and that any claim that has been presented without evidence may be dismissed without evidence. This applies to individuals, and it most certainly applies to untrustworthy governments as well.

When the corporate media pushes for war, one of its main weapons is propaganda by omission.

In the case of Ukraine, it omits history of NATO expansion, the US role in the 2014 coup, and the integration of neo-Nazis into the Ukrainian military.https://t.co/3KXETrRwmC

The epistemological razor “What can be asserted without evidence can also be dismissed without evidence” is generally attributed to Christopher Hitchens, who ironically has a rather significant history of failing to follow his own advice when it comes to claims made by western government agencies. But that’s precisely when it is most important to take Hitchens’s razor to heart: not when you’re arguing with someone about whether or not God exists, but when a very consequential claim is being made by the most powerful people on our planet.

What this means is that a simple “Nah” is all that’s required whenever you’re presented with these claims, or if you’re feeling particularly generous a “Proof or it didn’t happen.” If anyone objects to your low-energy dismissal of their parroting claims by western governments, simply tell them that what has been put forward without evidence may be dismissed without evidence. They might want you to try to prove their position wrong, but that ain’t how the burden of proof works, buttercup.

Hitchens’s razor. It slices. It dices. It wins arguments. It keeps the news man from turning your brain into clam chowder. Use it, and use it often.

US Imperialism and European Vassals are Real Enemies of Europe