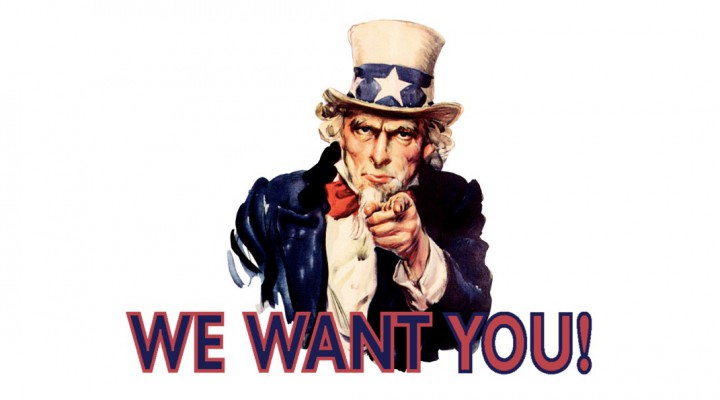 Hey kids! Wanna do your ol’ Uncle Sam a big honkin’ favor? Wanna serve the US empire like a good little lickspittle? Wanna help kill other people’s kids in far off lands for fun and profit?

You do?? Well bust my britches, that’s just swell!

It’s actually really easy. You don’t even need to be smart to do it — heck, it’s actually a whole lot easier if you’re not. Just shut off that pesky little lightbulb inside your noggin and listen up.

All you have to do to help ol’ Uncle Sam spark off them shiny lil’ Tomahawk missiles and incinerate those goofy foreigners for geostrategic control and Raytheon shareholder profits is this: just go around repeating the same stuff your buddies at the US State Department say about governments we don’t like.

That’s it! That’s all there is to it. It really is that simple.

Now I know you young ‘uns don’t do all your talkin’ to each other like us old timers do. You like to get on them newfangled apps and internets with your iPods and your talking dongle widgets and your fancy America Online CD-ROMs. And that’s just great! We need lots and lots of that stuff.

Just get on that there Tweeter machine and tell all your friends that Russia is real, real bad. Or maybe make one of them TikTak dances about how China wants to harvest everyone’s organs. Or heck, you can just share plain ‘ol online news articles about how bad the governments we don’t like are, since them outlets all say the same stuff we say anyhow.

Y’see kids, it’s like this: Before we launch missiles, we launch narratives. Before we drop bombs, we drop stories. Before we invade, we propagandize. We need to make sure everyone’s on our side before we can roll in their and kill those evil terrorists and babies and grandmas, otherwise we risk turnin’ everyone in America and our client states into a buncha stinkin’ anti-war hippies.

And we definitely can’t have none of that. If Americans decide they don’t like war they start making a big scene in front of everybody, holding protests and telling everyone really nasty stuff about your ol’ Uncle Sammy. Then before you know it we got us a real leftist revolutionary movement on our hands, and I ain’t talkin’ about any of that cutesy Bernie Sanders stuff. I’m talking about an actual uprising against the rich folks who run this here blessed country and tearing down the whole empire bolt by bolt.

I know we talk a big game about the scary bad guys being the jihadis and the North Koreans and whatnot, but really the folks who are most dangerous to our enterprises here are the folks who are going around telling everyone that we’re up to no good up in Langley and Arlington. The last thing we need is a buncha hoodlums running around sharing a lot of unauthorized stories about how we’re doing bad things and not really telling the truth about our military agendas. That’s why we’re trying to censor them offa the internet for good.

So get out there and grease the wheels of imperialism, sonny boy! Tell ’em Maduro is starving his people! Tell ’em Assad must go. Tell ’em them Iranians are the world’s worst sponsors of terrorism instead of us and the Saudis! Whatever you see them saying on Fox or CNN about governments we don’t like, you just pick up that torch and run with it, because anything negative you share about them helps us. That’s the best way you can help keep them big ol’ expensive gears of war turning, ya little stormtrooper.

Heck, if you help share our propaganda narratives about the nations that disobey us, you’re could pretty much even say you’re like one of our soldiers. If you think about it, there’s hardly any difference between you and the guy who actually hits the switch to deploy the bombs. You’re just showing up a little earlier in the process, laying down a little storytellin’ so we can rev up our war engines and get the real party started.

So hold your head up high, soldier! By helping us market our wars at home and abroad, you’re helping to make sure we can keep on killin’ until there’s no one left to kill. You just keep talking online about how bad them Russians and Chinese and all them are and keep your tongue lickin’ the imperial boot nice and clean, and you’ll have done your ol’ Uncle Sammy proud.

The making of US empire at the dawning of its end

A Guide to US Empire in Africa: Neocolonial Order & AFRICOM

The US Empire Is An Abusive Narcissist: Notes From The Edge Of The Narrative Matrix

The Empire Must Die: Notes From The Edge Of The Narrative Matrix

0 thoughts on “Want To Serve The Empire? Help Circulate Its Propaganda Narratives!”