HOME / WORLD / They Keep Us Focused On Decoy Dichotomies: Notes From The Edge Of The Narrative Matrix

They Keep Us Focused On Decoy Dichotomies: Notes From The Edge Of The Narrative Matrix 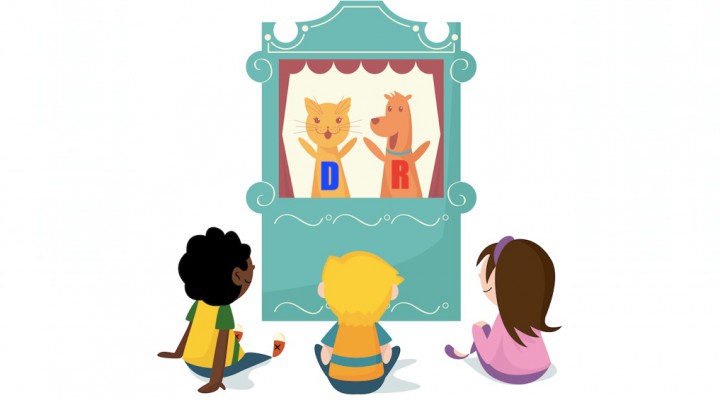 Westerners are trained to criticize the actions of the other party or the beliefs of the other ideological faction, never the foreign or domestic policies which are fully supported by both parties. The power structure which maintains 99.9% of the same policies regardless of which party is officially in charge is the real government, but westerners are trained never to look there. They’re instead trained to fixate on a false two-handed puppet show diversion.

Westerners are trained not to do that. They’re trained to believe that “criticizing your government” looks like saying “Drumpf” or “Let’s go Brandon” while the same tyrannical agendas march forward regardless of who sits in the White House.

Westerners are “free” in the same way “free range” chickens are free; sure the door’s technically open and they can technically go outside, but they’re conditioned never to do so. Western so-called liberal democracy purports to offer freedom while in practice only offering the illusion of freedom. It uses the most sophisticated propaganda machine ever devised to keep people trapped in an existence as blindly obedient gear-turners while cartoons about freedom play in their heads.

The problem isn’t “wokeism”, the problem is that important conversations like US militarism and imperialism get bogged down in ridiculous conversations about whether the US military is too woke or not woke enough instead of how it’s killing people and threatening the whole world. Engaging in either side of that debate protects the worst impulses of the most powerful and dangerous people in the world, because it moves the crosshairs of public scrutiny from the powerful to the other side of the “wokeness” culture war. This is happening all over the place.

Tucker Carlson's guest: "We don't need a military that's woman-friendly, that's gay friendly" we need men "who want to sit on a throne of Chinese skulls, but we don't have that now. We can't get women off of naval vessels, that should be step one but most are pregnant anyway." pic.twitter.com/9uNzdbx0ON

From a speech @marcorubio gave yesterday.
To a roaring applause.
This is playing with literal fire. Republicans aren't anti war post Trump, they just got conned into shifting their focus to China, after OBAMA'S Asia pivot.
This rhetoric cannot be accepted. pic.twitter.com/Md5rSLYzWU

Step 1: Be a progressive.

Step 2: Ignore a major problem that progressives are supposed to oppose.

Step 3: Keep ignoring it until right wingers start paying attention to it.

Step 4: Frame opposing that problem as a right wing position.

One of the reasons people are so casual about risking nuclear war is because it’s a difficult concept for the mind to wrap itself around. Full-scale nuclear war wouldn’t just kill everyone, it’d prevent every other human who would have been born in the future from ever existing.

This is how all mainstream Russia hysteria victims think; they're just not normally this forthcoming about the infantile nature of their worldview. This is how stupid US empire propaganda has made the average westerner. They think like small boys watching a cartoon show. pic.twitter.com/Gj2RguhGYz

I have no special feelings one way or the other about China or Russia, I just acknowledge the indisputable fact that they are quantifiably far less destructive than the US-centralized empire. If they weren’t being aggressively targeted by that empire I probably wouldn’t notice them much.

Discussion of revolution and communism in the English-speaking world is just fantasy role playing unless it begins and ends with the cold hard reality that the left has been completely neutralized and marginalized here and the numbers are nowhere close to what they need to be. Moving revolutionary leftism out of the farthest margins and closer to the mainstream should be your first and foremost objective before you talk about anything else, because otherwise you’re just LARPing. You’re arguing about a political movement that has no actual movement.

You can do this by outreach and activism. You can also do this by finding ways to make socialism and communism look so fucking cool that people start knocking each other over to be a part of it. Finding clever ways to make it shiny and attractive in a very indoctrinated society.

Western journalism is becoming more and more illegal. The western empire is guilty of everything it accuses its enemies of doing. https://t.co/96YPlqe8zy

Anyone who tries hard to convince you to like a powerful person has traded their mind for personality cult doctrine, whether their hero is Bernie Sanders, AOC, Donald Trump, Tucker Carlson or Elon Musk. Proselytizing for the powerful is a sign that critical thinking has been abandoned.

Think about it: what would be gained by one more person having positive feelings about Elon Musk or some other powerful figure? How does that benefit the world? It doesn’t, yet people try to win converts for them constantly, just like evangelists proselytizing their religion. This is because they’re all about the individual, not the cause or the policies that individual supposedly stands for.

Pushing agendas serves those agendas. Pushing individuals serves only those individuals. If you care about advancing a cause, then advance that cause. Don’t get caught up in the propaganda-friendly, thought-killing tar pit of personality worship.

Famous people are not your friend, and uplifting the powerful only serves power. This is especially true in the power structure we currently live under where the only people who are allowed to get to the top are those who facilitate the interests of power.

No Such Thing As An Objective Journalist: Notes From The Edge Of The Narrative Matrix

One thought on “They Keep Us Focused On Decoy Dichotomies: Notes From The Edge Of The Narrative Matrix”