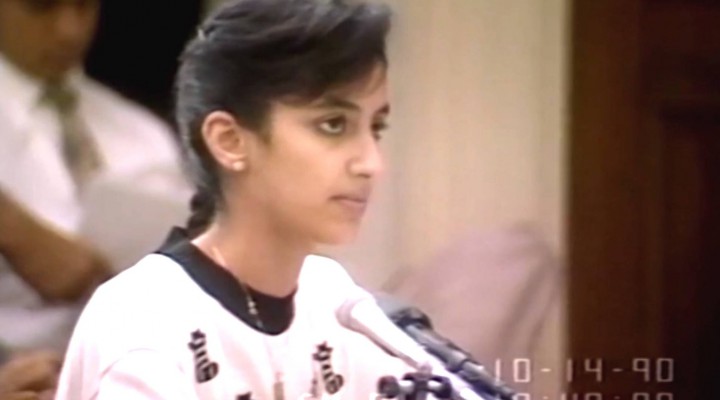 The Washington Post has a new article out titled “Intelligence points to heightened risk of Russian chemical attack in Ukraine, officials say,” and I challenge you to find me any Russian state media with two opening paragraphs that are more brazenly propagandistic and bereft of journalistic ethics than these:

“The United States and its allies have intelligence that Russia may be preparing to use chemical weapons against Ukraine, U.S. and European officials said Friday, as Moscow sought to invigorate its faltering military offensive through increasingly brutal assaults across multiple Ukrainian cities.

“Security officials and diplomats said the intelligence, which they declined to detail, pointed to possible preparations by Russia for deploying chemical munitions, and warned the Kremlin may seek to carry out a ‘false-flag’ attack that attempts to pin the blame on Ukrainians, or perhaps Western governments. The officials, like others quoted in this story, spoke on the condition of anonymity because of the sensitive nature of the matter.”

The third paragraph is even better:

“The accusations surfaced as Russia repeated claims that the United States and Ukraine were operating secret biological weapons labs in Eastern Europe — an allegation that the Biden administration dismissed as ‘total nonsense’ and ‘outright lies.’”

This paragraph is awesome in two different ways. First, it’s awesome because The Washington Post goes out of its way to inform readers that Russia’s claims have been dismissed as “total nonsense” and “outright lies” after having literally just reported completely unevidenced claims by anonymous government officials with no criticism or scrutiny of any kind. Secondly, it’s awesome because at no point during the rest of the article is any mention made of Victoria Nuland’s incendiary admission before the Senate Foreign Relations Committee that Ukraine has “biological research facilities” that the US is “quite concerned” might end up “falling into the hands of Russian forces”.

Over and over again throughout the article The Washington Post takes great care to inform readers that Russian claims about biological weapons are not to be trusted, with allegations from Moscow described as “unproven accusations” made with “no verifiable evidence“, “absurd and laughable“, “outrageous claims”, “utter nonsense”, “sinking to new depths” and “baseless“.

The Washington Post also refers to past Russian dismissals of alleged chemical weapons attacks in Syria as false flags used to frame Damascus, while of course making no mention of the mountains of evidence that this has indeed occurred. It also says the UN human rights office “has received ‘credible reports’ of Russia using cluster bombs” which “could constitute war crimes”, making no mention of the USA’s abundant use and sale of these same munitions.

The fact that this Russian false flag narrative is being shoved forward with so much propagandistic fervor, not just by The Washington Post but also by government officials and CIA media pundits, makes it all the more concerning that we’re seeing things like YouTube banning the denial of “well-documented violent events” involving Russia’s invasion of Ukraine. We could soon see a chemical weapons incident occur in Ukraine, after which Silicon Valley platforms ban all accounts who express skepticism of the official western narrative about what happened.

The US-centralized empire is censoring and propagandizing as though it is in a hot war with Russia currently. Officially the US and its allies are not at war, but the imperial narrative management machine is behaving as though we are. This makes sense because when two nuclear-armed powers are fighting for dominance and know a direct military confrontation can kill them both, other types of warfare are used instead, including propaganda campaigns and psychological warfare.

There is a widespread general understanding in the west that Russia stands everything to gain by lying about what happens on the ground in Ukraine and cannot be taken at its word about occurrences during this war. There is much less widespread understanding of the fact that both Ukraine and the United States stand everything to gain by lying about this war as well and cannot be trusted either.

The Washington Post’s own reporting says that behind the scenes western governments see Russian victory in this war as a foregone conclusion. Ukraine’s only chance at stopping Russia in the near term would be if it could persuade NATO powers to take a more direct role in combat, like setting up a no-fly zone as President Zelensky has persistently pleaded with them to do. One way to get around NATO’s rational resistance to directly attacking the military forces of a nuclear superpower would be to appeal to emotion via atrocity propaganda. By circulating a narrative that Russia has done something heinous which cries out to the heavens for vengeance, regardless of the risks entailed.

The United States would also benefit from circulating atrocity propaganda about Russia, in that it would further consolidate international support behind the agenda to economically strangle the nation to death in facilitation of the empire’s struggle for unipolar planetary hegemony. Even before the invasion the US was already pushing the narrative that Russia has a list of dissidents, journalists and “vulnerable populations such as religious and ethnic minorities and LGBTQI+ persons” who it plans on rounding up and torturing.

The CIA Post is going full Babies on Bayonets already. Putin is going to round up and torture all the gays! https://t.co/OJspZdz37P pic.twitter.com/qPyhpHD1gp

To be clear, it is not conjecture that the US and its proxies make use of atrocity propaganda. The infamous Nayirah testimony for example helped manufacture consent for the Gulf War when a 15 year-old girl who turned out to be a coached plant falsely told the US Congressional Human Rights Caucus that she’d witnessed Iraqi soldiers taking babies out of incubators in Kuwait and leaving them on the floor to die.

Atrocity propaganda has been in use for as long as war and media have coexisted, and it would be incredibly naive to believe it won’t continue to be. Especially by power structures with a known history of doing so.

For this reason it is necessary to take everything claimed about what happens in Ukraine with a planet-sized grain of salt, whether it’s by Russia, Ukraine, or the US and its allies. Be very skeptical of anything you hear about chemical attacks or any other narrative that can be used to get military firepower moving in a way that it otherwise would not. All parties involved in this conflict have every reason in the world to lie about such things.