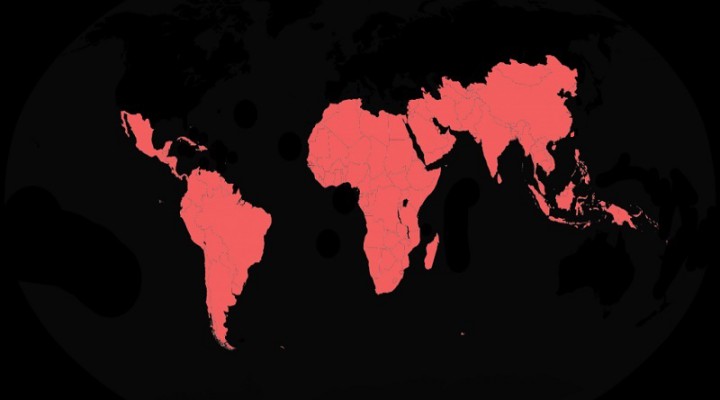 Russian international media flagships can play a pivotal role in accelerating the ongoing global systemic transition by proactively engaging with strategic non-Western audiences abroad, during which time they can articulate the Multipolar World Order that everyone is working towards so that their societies better understand what’s at stake in the New Cold War.

I participated in RIA Novosti’s press conference on the International Public Tribunal for Ukraine on Friday, during which time a member of the audience asked the participants about the prospects of Western audiences even being aware of that day’s important event considering their governments’ censorship of Russian media. In response, I briefly shared my suggestion that Russia should actually focus more on non-Western audiences instead because their people aren’t as indoctrinated by the US-led Western Mainstream Media (MSM) as their Western counterparts. Thus, the purpose of this piece is to elaborate more on that idea with the intent of inspiring Russian media to seriously consider it.

Russia’s international media flagships RT and Sputnik already have a presence in non-Western countries, but these structures’ focus should arguably shift towards paying more attention to that audience than the Western one. That’s not to say that the latter isn’t important, just that average people in those countries are incapable of influencing their governments’ anti-Russian policies. The draconian censorship policies that were recently implemented there, rampant Russophobia in their societies, and the intimidation that many Russian-friendly folks feel from both their peers and the security services alike have a chilling effect on their desire to freely express their views about related issues.

The situation is altogether different in most non-Western societies, whose people have comparatively freer access to all sides’ interpretation of events. Some of these countries like Ethiopia and India are Russia’s traditional partners, while Iran and Pakistan are non-traditional ones with whom the Eurasian Great Power has recently built impressive relations. Their governments have impressively remained neutral in the New Cold War and refused to submit to US-led Western pressure to condemn Moscow. Their Russian-friendly societies can play an important role in showing support for their authorities’ pragmatic stance, thus making them more strategically significant than people in Western societies.

Russian flags have been flown in Ethiopia during important rallies supporting their civilization-state against the US-led West’s Hybrid War of Terror against it while it’s well-known that everyone in India regards Russia as their closest friend. Russia’s relations with Iran and Pakistan have historically been complicated, but their leaderships share Moscow’s vision of the emerging Multipolar World Order, which explains why ties have grown so much and so quickly in recent years. By contrast, it’s practically impossible for anyone to stage a Russian-friendly rally in any Western country and those governments have almost no chance of repairing the economic and political ties with Russia that they destroyed.

This greatly limits the role that Westerners can play in serving as bridges between their countries and Russia. To be clear, Russia’s strategic communications policy should still seek to actively engage them, but Moscow must be cognizant of the very real limitations related to its message getting through to this audience, not to mention the fear that many of them have of openly associating with Russia by participating in conferences, visiting the country, etc. These concerns aren’t present in most non-Western countries, whose people are freer to play this positive role in further strengthening their states’ ties with that Eurasian Great Power.

For this reason, the effort, focus, and resources that were previously directed by Russian international media flagships towards engaging with Western audiences should be redirected – whether in part or in whole – towards non-Western ones, essentially reversing its engagement policy prior to the onset of Russia’s special military operation in Ukraine that triggered the US-led West’s preplanned anti-Russian “isolation” campaign. Be it academic, economic, financial, media, military, and technological cooperation, among many other spheres, Russia’s opportunities with those countries are limitless, which is why proactively engaging with their audiences must become an urgent priority.

Just like during the Soviet times, Russia must seek to cultivate a global network of friendly forces that’ll help retain their countries’ strategic relations with Moscow, especially in the face of the unprecedented US-led Western pressure campaign that’s already being waged against their governments for their pragmatically neutral stance towards recent events. Announcing generous scholarship programs for students in certain countries of strategic significance – particularly the four-mentioned ones (Ethiopia, India, Iran, and Pakistan) alongside China – can further pique their societies’ interest in Russia, especially among those who are Russia’s non-traditional partners like Iran and Pakistan are, among many others.

The emerging grand strategic scenario is that the US-led West is increasingly preparing for a global struggle against the Global South aimed at restoring America’s declining hegemony over International Relations due to the fear of losing its self-proclaimed “exceptional” place within it as a result of the ongoing global systemic transition’s progress towards multipolarity. Russia and China are the dual engines of the emerging Multipolar World Order but their ambitious vision is also shared by the four earlier mentioned countries and many others too, which is why they’ll all need to work more closely together in pursuit of this promising future.

Russian international media flagships can play a pivotal role in catalyzing this process by proactively engaging with strategic non-Western audiences abroad, during which time they can articulate the Multipolar World Order that everyone is working towards so that their societies better understand what’s at stake in the New Cold War. Those people can then go on to strengthen their states’ relations with the Eurasian Great Power in whichever way they’re best suited to do in whatever field strikes their fancy, which is something that the average Westerner simply isn’t able to do due to their governments’ draconic restrictions. For these reasons, Russia must prioritize its non-Western engagement strategy.