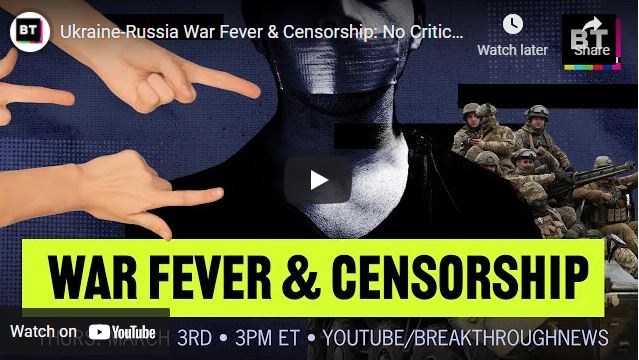 The war fever is in high gear as U.S and European politicians, corporate-controlled media, and all of “civil society” are trumpeting NATO as the answer to Russia’s war on Ukraine – and shutting down any criticism of Western policy as “whataboutism” or “Russian propaganda”.

Hear from a range of anti-war activists and journalists who are standing up to this pressure on The Freedom Side LIVE:

Censorship By Algorithm Does Far More Damage Than Conventional Censorship

For 2022 Information Space will be a Key Battleground