HOME / WORLD / The System Is Rigged For Endless War: Notes From The Edge Of The Narrative Matrix 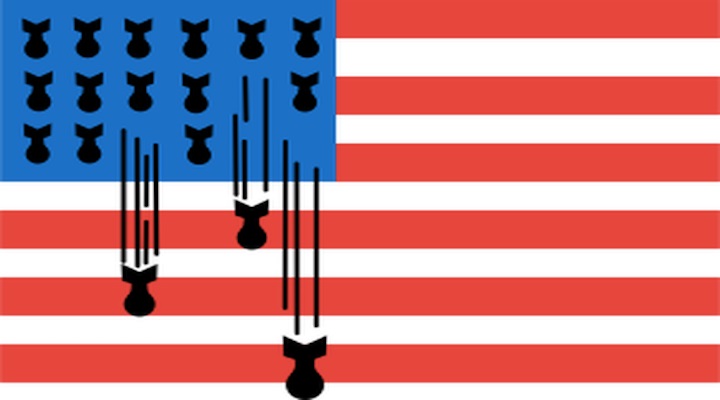 Nobody gets “credit” for ending the Afghanistan occupation. Everyone involved in keeping it going for twenty years gets blame. That’s it. You don’t get a trophy for not murdering more people.

But it’s not surprising that the Afghanistan war took twenty years to end. If anything, the way the deck is stacked in favor of perpetual war, it’s surprising it happened that fast.

Military members who support imperialism get promoted. Those who get to the top go on to work for war profiteers. The war profiteers fund think tanks which promote more wars. The mass media report “news” stories citing those think tanks. These stories manufacture consent for more wars.

The war industry reinforces itself. Those who get to the top of the war machine move on to the private sector and spend their time lobbying for more wars which create more eventual Pentagon officials who go on to lobby for more wars. Peace should be easy. This is why it’s not.

It’s horrifying when you realize how much of the behavior of the most powerful military in history is driven by the simple fact that weapons manufacturers don’t make money if those weapons aren’t being used. The most powerful government on earth is stuck in a self-exacerbating feedback loop where the behaviors of the war machine are dictated by the war industry, and people wonder why it’s so hard to end wars. With a cycle this vicious, you can only end the wars by ending the empire.

The religion of profit drives all human behavior. And it’s a death cult that will end us all if we don’t end it first.

Support for withdrawing from Afghanistan has dropped 20 points since April

Corporate media is mind control at mass scale. People who identify as smart, independent thinkers have their minds altered by it every day, and they believe they came to those opinions on their own. Until this problem is addressed, none of our other major problems are going away.

“How are we supposed to get everyone vaccinated if we don’t make it mandatory?”

Uhh, you don’t? You don’t begin with the assumption that the existence of a nasty coronavirus justifies forcing or coercing everyone to inject themselves with a brand new drug they don’t trust?

I mean, compelling people to take an injection that they are actually afraid of is a huge deal. Can we not at least agree on that? Can we not at least agree that forcing someone to receive an injection they fear would be so serious that you’d better have an amazingly bulletproof argument for doing it? I think so. And I don’t think such an argument exists at this time.

It’s important to follow and be followed by people you disagree with. You’ll see a lot of crap, but you’ll also keep yourself from falling into a self-validating echo chamber and eventually finding yourself saying something like unvaccinated people should be denied medical care.

Saying communism doesn’t work because nations who try to espouse it don’t look like thriving utopias while they’re being relentlessly assaulted is like saying a new invention doesn’t work because a band of armed thugs kept shooting and stomping on it during the demonstration.

Poverty is the result of an abusive system and telling the poor to “Get a job” or “Get a better job” has always enabled that abuse. Now that small businesses are being killed by that same abusive system, many who used to enable its abuses by saying this are becoming its victims.

Blaming poverty on the poor in a system that’s literally built on the premise of a permanent underclass has always been insane, but if you’re making good money and lack empathy it’s easy to think they’re just lazy. Only when such people are screwed by the same system do they see.

US Spying on EU Lackeys

0 thoughts on “The System Is Rigged For Endless War: Notes From The Edge Of The Narrative Matrix”