HOME / WORLD / The Self-Licking Boot Of US Militarism

The Self-Licking Boot Of US Militarism 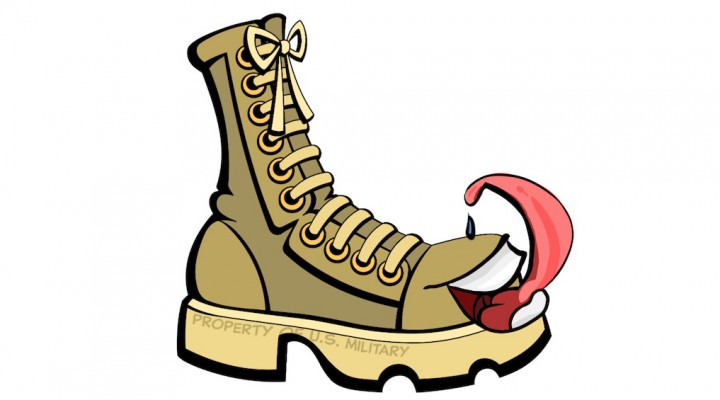 A new Bloomberg article titled “‘Sloppy’ US Talk on China’s Threat Worries Some Skeptical Experts” discusses the dangerous cycle in which pressures in the US political establishment to continually escalate hostilities with Beijing provokes responses that are then falsely interpreted as Chinese aggression.

The hawkish narrative “limits room for maneuver in a crisis,” said M. Taylor Fravel, director of the Security Studies Program at the Massachusetts Institute of Technology. Any effort to defuse tension could be characterized as “conciliatory or not tough enough,” he said.

China has been consistent on Taiwan and there’s little public evidence to suggest it’s sped up the timeline to take Taiwan, said a former senior US official who worked on China policy but asked not to be identified.

The former official said the hawkish tone in DC has contributed to a cycle where the US makes the first move, interprets Chinese reactions as a provocation, and then escalates further.

Bloomberg quotes Bonnie Glaser, director of the Asia program at the German Marshall Fund, who says this cycle of self-reinforcing escalation could “end up provoking the war that we seek to deter.”

Good article on how the US's approach to China makes war more likely.

"[It's a] cycle where the US makes the first move, interprets Chinese reactions as a provocation, and then escalates further. [We'll] end up provoking the war that we seek to deter"https://t.co/Vf1jQmjavB

We just saw this same self-perpetuating cycle of military escalation exemplified against North Korea, where tensions have again been flaring after a long pause. The US and South Korea initiated a provocative military drill designed to menace the DPRK, Pyongyang responded by launching missiles in its own show of strength, and the Pentagon announced an extension of the drills in response to that response.

The US and South Korea are extending massive aerial war games after North Korea put on a massive show of force in response to the drills.

Washington and Seoul started their Vigilant Storm exercises on Monday, which were initially scheduled to run 24 hours a day for five days. This year’s Vigilant Storm is the largest-ever iteration of the drills, involving nearly 100 American warplanes and 140 South Korean aircraft, and about 1,600 planned sorties.

Pyongyang made it clear it would respond to the Vigilant Storm drills, and it launched 23 missiles on Wednesday, which is said to be the most North Korea has fired in a single day. North Korea also fired over 100 artillery rounds on the same day and launched six more missiles on Thursday.

Secretary of Defense Lloyd Austin announced the extension of Vigilant Storm after a meeting with his South Korean counterpart, Lee Jong-sup. “I’ve consulted with Minister Lee and we’ve decided to extend Vigilant Storm, which is our long-scheduled combined training exercise, to further bolster our readiness and interoperability,” Austin said.

DeCamp quotes another DPRK official who warns that the extension of the US-ROK war games may provoke further escalations, saying “The irresponsible decision of the US and South Korea is shoving the present situation, caused by provocative military acts of the allied forces, to an uncontrollable phase.”

So they launch these war games, provoke a bunch of North Korean missiles launches and then say they have to extend the war games because of the missile launches… https://t.co/PIWXywmRUO

We’ve been seeing this same cycle repeated year after year: US military expansionism and aggression in a given part of the world receives pushback from the people who live there, and the US responds to that pushback with more military expansionism and aggression. The official narrative is that the US is responding to unprovoked aggressions from the other side, conveniently omitting its own antecedent aggressions and provocations — a manipulation tactic the western media are always happy to facilitate.

In reality it’s not hard to determine who the aggressor is when one party is flying to the other side of the planet to menace the borders and security interests of the other, especially when ramping up militarism in more and more parts of the world facilitates both the US military-industrial complex and the unipolarist objectives of US empire managers. But because the US empire has the most sophisticated narrative control system ever devised, enough people in enough places that matter swallow the official story despite its self-evident absurdity.

A system which perpetuates and exacerbates itself while pretending to solve the problems it creates is often called a self-licking ice cream cone. Because that type of system is promoted by those serving the most powerful and belligerent power structure on earth, one might call US militarism a self-licking boot.

We’ve been watching the self-licking boot of US militarism exemplified for decades in the “war on terror” scam, where US military interventionism destabilizes geostrategically crucial parts of the world and makes the locals who’ve suffered under US bombings want to harm their persecutors, and the response is to ramp up military expansionism in those parts of the world in the name of fighting terrorists and protecting US troops.

We been watching it in Ukraine, where US aggressions provoked an invasion by a government the US empire has long targeted for destruction, and that invasion is now being used to advance longstanding US strategic objectives while continually expanding US military involvement in the region.

And we’ll be sure to see more and more of it as the US accelerates toward global conflict on two fronts simultaneously while mainstream media pundits cheer it on, despite all available evidence indicating that we are witnessing something profoundly stupid and crazy. The US will continue ramping up aggressions against Moscow and Beijing, those governments will respond, and we will be told that the US must respond to these outrageous provocations by ramping up aggressions.

What is Behind the Growing US-China Crisis Over Taiwan?

One thought on “The Self-Licking Boot Of US Militarism”