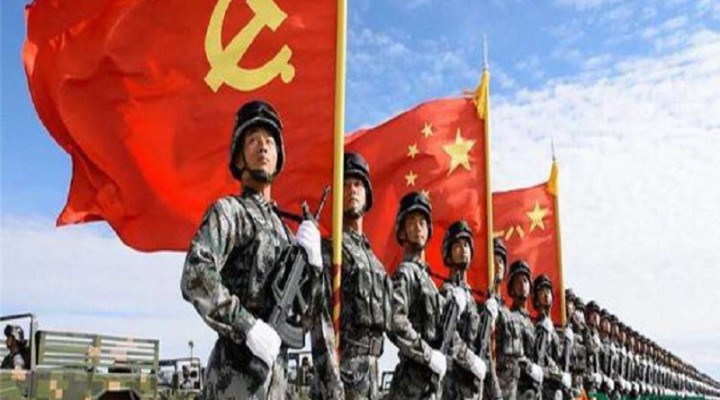 Faced with the objectively existing and easily verifiable national security threats posed by the US’ tacit support of separatism in Taiwan in collusion with a few local collaborators, it makes perfect sense why President Xi said that China will never promise to renounce the use of force for defending itself.

Chinese President Xi Jinping reaffirmed on Sunday during a speech at the 20th National Congress of the Communist Party of China (CPC) that his country reserves the right to use military force to defend its UN-enshrined territorial integrity from external forces and their domestic collaborators. This policy reminder will predictably be twisted by the US-led Western Mainstream Media so it’s important to quote his exact words so that readers can be aware of what he really said. According to President Xi:

“We will continue to strive for peaceful reunification with the greatest sincerity and the utmost effort, but we will never promise to renounce the use of force, and we reserve the option of taking all measures necessary. This is directed solely at interference by outside forces and the few separatists seeking ‘Taiwan independence’ and their separatist activities; it is by no means targeted at our Taiwan compatriots.”

As can be seen, the Chinese leader is simply referencing his country’s right to self-defense as guaranteed in the UN Charter. About that global body, it recognizes the People’s Republic of China with its government in Beijing as the only legitimate representatives of that country, not the self-declared authorities residing in its Taiwan region. It’s therefore a violation of international law for other states to threaten its territorial integrity by recognizing and/or arming those second-mentioned forces.

This brings the analysis around to the larger reason why President Xi probably felt it fitting to remind the world about his country’s position towards the historical rejuvenation of the Chinese people, which can only be fully achieved through their complete reunification. As he said, peaceful means are prioritized to this end, but forceful ones in line with China’s UN-enshrined rights won’t ever be unilaterally renounced so long as credible external and internal threats to its territorial integrity remain.

In practice, this refers to those same self-declared authorities in its Taiwan region dangerously flirting with openly separatist objectives in recent years, urged on as they are by the US. That declining unipolar hegemon is rapidly losing its control over the global systemic transition, which is irreversibly moving in the direction of multipolarity. Instead of responsibly pioneering a role for itself as an equal with everyone else like it truly is in the eyes of international law, it’s seeking to cling to its “exceptionalism”.

In pursuit of that, the US is recklessly sowing the seeds of chaos across the world in a desperate attempt to delay the emerging Multipolar World Order, with one of the manifestations of this malfeasance being its tacit support for separatism in Taiwan and other moves against China’s territorial integrity there. Of particular concern is its continued arming of that island’s self-declared forces, which ironically violates some of the very same principles connected with the US’ envisaged so-called “rules-based order” (RBO).

Regarding that concept, it’s rhetorically spun by that declining unipolar hegemon and those within its “sphere of influence” as supposedly being no different than the principles enshrined in the UN Charter, but the reality is that it’s the arbitrary implementation of double standards to advance US interests. The most prominent example discrediting the RBO is the US’ dispatch of arms to China’s Taiwan region in spite of Washington claiming to still respect the One China policy.

Quite clearly, there’s a contradiction at play: the US cannot equate the RBO to the UN Charter while simultaneously violating China’s right to territorial integrity enshrined in that aforesaid foundational document of international law by sending weapons to its Taiwan region. This proves that the RBO is nothing but high-sounding and manipulative rhetoric for disguising unilateral acts of aggression aimed at advancing American interests at everyone else’s expense.

Faced with the objectively existing and easily verifiable national security threats posed by the US’ tacit support of separatism in Taiwan in collusion with a few local collaborators, it makes perfect sense why President Xi said that China will never promise to renounce the use of force for defending itself. Doing so would amount to unilaterally ceding its international legal rights as enshrined in the UN Charter, which is illogical and has never been done before by any country since that global body’s founding.

Readers must always remember all of this in order to avoid being influenced by the Mainstream Media’s perception management operations that are predicted to follow President Xi’s policy reaffirmation. Those hostile information warfare forces will probably try to frame his remarks as supposedly being akin to so-called “unprovoked aggression” and “saber-rattling” even though they’re simply a reference to China’s UN-enshrined rights to self-defense and territorial integrity in the face of credible threats.

China, Taiwan and the Sanctions Trap

Biden Keeps Pledging Direct US War With China Over Taiwan

US Provocations Over Taiwan and Beijing’s Steady Remedy

Russia and Ukraine, China and Taiwan w/Brian Berletic from The New Atlas (Live)