HOME / SOCIAL/CULTURAL / Poverty Is A Weapon Of The Powerful: Notes From The Edge Of The Narrative Matrix 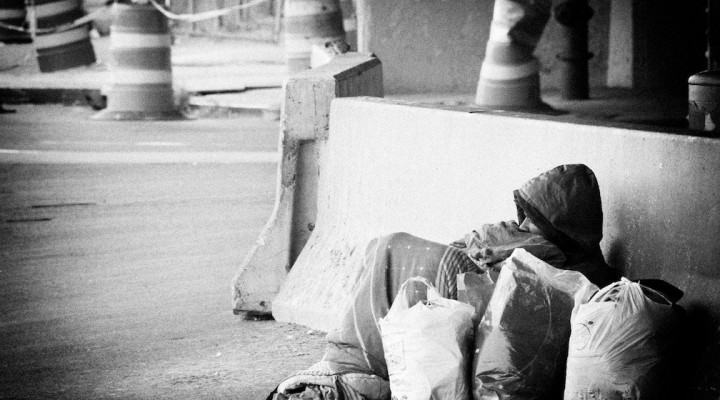 Learn enough about what’s happening in the world and you realize that most people in your society have worldviews that are completely and utterly wrong. This can seem bold, perhaps even arrogant, but if most people weren’t deluded about the world, the world wouldn’t be so fucked.

And it’s not that people are dumb; intelligence has little to do with it. Some of the most intelligent people on earth promote the same deluded worldviews as everyone else. The problem isn’t intellect, it’s manipulation, and anyone can be manipulated no matter how smart they are. This mass-scale manipulation is the result of wealthy people buying up narrative influence in the form of media, political influence, think tanks, lobbying, NGOs, etc, in conjunction with the mass-scale manipulations of the powerful government agencies which are allied with them.

The powerful work to manipulate the way the general public thinks, acts and votes to ensure that they remain in power. They pay special attention to who the most influential people in our society are, which is why the most prominent voices are so often the most delusional. There are filters in place designed to keep anyone from rising to positions of influence if they don’t support the consensus worldview promoted by the oligarchic empire, and once they do rise to influence they are actively herded into echo chambers which reinforce that worldview.

This is further exacerbated by the fact that the most influential voices in a virulently capitalist society will be those who have profited and benefited from the status quo. Of course they’re going to believe the system is working fine; it treats them like royalty.

Poverty itself is a weapon of the powerful. Keep people too poor to fund political campaigns and you keep them powerless. Keep them too busy to research and they can’t see through your propaganda. Keep them desperate and you can get them hating each other instead of hating you. They’re not just robbing ordinary people so they can have more for themselves; the poverty itself actually benefits them. They would benefit from keeping you poor even if it gave them nothing else.

It is not a coincidence that the most crucial nation in the oligarchic empire, the US, has the highest level of this kind of weaponized poverty. There’s a lot of power riding on what happens in America, so the powerful do everything they can to keep Americans under control.

People who act like China lifting millions out of poverty is no big deal have never lived in poverty.

If you don’t oppose western imperialist agendas against China then none of your other anti-imperialism matters. All of the western empire’s aggressions on the world stage are ultimately about smashing China; that’s checkmate on the global chessboard in the eyes of the empire. Preventing the rise of any other nation has been the foremost priority of the US empire since the fall of the Soviet Union. All the other little chess moves on the board have revolved around this ultimate goal. China is the only nation in a position to surpass the US.

The western empire has been acutely aware that China would need to be smashed since before the empire had its headquarters in Washington. As Winston Churchill once put it:

“I think we shall have to take the Chinese in hand and regulate them. I believe that as civilized nations become more powerful they will get more ruthless, and the time will come when the world will impatiently bear the existence of great barbaric nations who may at any time arm themselves and menace civilized nations. I believe in the ultimate partition of China—I mean ultimate. I hope we shall not have to do it in our day. The Aryan stock is bound to triumph.”

Pedro Castillo, the candidate of the far-left Perú Libre party, appeared to eke out the narrowest of victories — a margin of less than 1 percent — over right-wing Keiko Fujimori, the daughter of Peru’s last strongman https://t.co/wUFBGBVyTk

Still mad at Assad for arming Al Qaeda and ISIS against himself and then imposing starvation sanctions on Syrians to keep himself from rebuilding the country.

I’m writing a horror movie about a group of psychopathic murderers inserting themselves into the world’s most powerful positions and terrorizing entire populations using the most deadly military force ever assembled.

It’s weird how few of the people opposing specific aspects of the imperial war machine do so on the foundational principle that murdering people is wrong and trying to dominate the entire planet is bad.

Trump may have permanently broken liberals’ ability to think about politics in a way that doesn’t revolve around Trump.

Only infantile bootlickers want government-tied monopolistic internet platforms controlling what people can and cannot say about government Covid responses that affect everyone.

Oligarchs using disasters to rob the people and siphon their wealth to themselves is a feature, not a bug, of capitalism. Covid isn’t an aberration but a continuation of a well-established pattern, one which will necessarily last as long as the exploitation of the working class.

“The Covid scam is the most evil thing happening in the world!”

No, you only think that because most of the time this well-established pattern doesn’t affect you personally in a concrete and observable way. This has been happening for a very long time, and it’s going to keep happening until the end of capitalism.

People talk about the alliance of oligarchs and government agencies known as the "deep state" as though its evils are perpetrated in secret. In reality its worst atrocities are committed right out in the open, and are covered up not by secrecy but by news media apathy. pic.twitter.com/8VkaS2KDRH

It’s funny how people think AI is going to save humanity when the people who control the AI are the worst humans alive.

Once you’re clear that human behavior is driving us into extinction via nuclear war or climate collapse, once you’ve really grokked into the reality of what this means, it’s hard to take the sectarian ideological stuff seriously. We’re fucking dying, people. Quit dicking around.

0 thoughts on “Poverty Is A Weapon Of The Powerful: Notes From The Edge Of The Narrative Matrix”