HOME / SOCIAL/CULTURAL / Serious News For Serious People: Notes From The Edge Of The Narrative Matrix 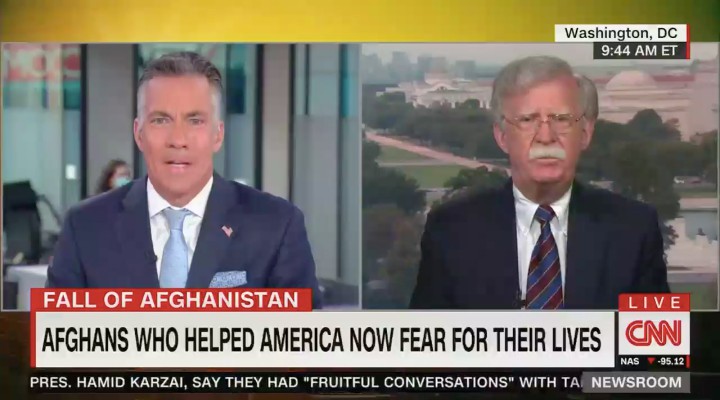 BREAKING: Experts are worried the Afghanistan withdrawal may lead to the spread of global terrorism now that the terrorists are no longer tied up with the task of occupying Afghanistan.

Welcome back to Serious News Network. For years experts have been trying to understand how dropping military explosives on people could fail to advance humanitarian aims. Here to shed some light on this mystery is an employee of a think tank that’s funded by arms manufacturers.

We will know we are moving toward a healthy society when those who promote war and militarism are not rewarded with esteemed political, media and government careers but chased out of every public area they try to enter and forced to live out their remaining days in lonely misery.

The fact that the mass media continually seek out expert foreign policy analysis from warmongers who’ve been consistently wrong about everything for decades is by itself enough reason to fully dismiss them.

"On this question of withdrawal from Afghanistan, Trump and Biden are like Tweedledee and Tweedledum … It's been a catastrophe and I'm afraid it's only going to get worse," former national security adviser @AmbJohnBolton tells @jimsciutto. pic.twitter.com/CaXnLRVMst

It’s clear that the plutocratic media are going to be spinning the narrative that the Afghanistan withdrawal was a terrible mistake in every way possible over the coming months in an attempt to discredit opponents of US interventionism on both sides of the aisle.

The only time western news media are allowed to criticize US foreign policy and ask government officials critical questions is to press them to be more hawkish and aggressive than they already are. For a hilarious example, watch this clip:

A reporter expresses concern about maintaining a military presence near Tajikistan pic.twitter.com/sWxK6nu0QO

The US military officially had a $14 billion annual budget for Afghanistan operations in the year 2021. The next official military budget should fall by at least that much. If it doesn’t, you’ve been scammed.

The answer is the US government needs to stay the fuck out of all other nations. Doesn’t matter what the question is.

The lesson from Afghanistan is not just that any US military interventionism will inflict unfathomable death, devastation and trauma at incomprehensible cost, but that the entire power establishment will resist ending it for decades and paint anyone who finally does as a buffoon.

Most of the doofy Afghanistan takes you’re seeing from people are the result of the fact that most westerners don’t think very hard about exactly what war is and what it means. They’re weighing things like “women’s rights” against this nebulous, highly compartmentalized thing they’ve never truly examined. They’re just like “Yeah we just put the troops there and we just keep them there and they do whatever it is they do, and then the women get to have rights and go to school! It’s wins all around!” They haven’t looked at that big empty space in their reasoning where the war goes.

Imperial narrative managers like to spin war as this super complicated, esoteric thing that nobody but the most elite scholars can understand, and many unfortunately buy into it. Really it’s the easiest thing in the world to understand: mass murder for power and profit is wrong.

the politico reporters snapping off tweets about how "if you haven't really studied afghanistan, please, you don't have to tweet about it" are the exact same people who will sell you the next war

Many western leftists avoid foreign policy discussions and just focus on domestic policy for precisely this reason: they believe the bullshit spin that it’s this super complicated thing they could never hope to understand. When in reality it’s the simplest aspect of the empire: a globe-spanning power structure loosely centralized around the United States orchestrates murder at mass scale to ensure perpetual domination of the planet. It really is that simple. The rest is just details that you can unpack as you learn about each empire-targeted nation.

“OH MY GOD think of the people of Afghanistan!! We’ve got to DO SOMETHING!!”

I mean I guess we could all open our wealthy nations to all the refugees who want to leave.

“Oh. Oh no. Haha! No. I just meant dropping bombs on them or something, I’m not a lunatic.”

US Special Forces Deploying to the Congo
The US will help the DRC fight the Allied Democratic Forces
by Dave DeCamp@DecampDave #Congo #ADF #AFRICOM https://t.co/96fqDfq01G pic.twitter.com/auNnNMOcH0

If you view capitalism as the problem, you will see the increasing inequalities and abuses of the so-called Great Reset as par for course. If you think capitalism is great and just needs less interference from government and central banks, you’ll see it as a freakish aberration.

It used to be common to be able to afford to raise a family on a single income. Now it isn’t, and the wealthy are wealthier than ever. That didn’t happen by accident, it happened because of concerted efforts to manipulate the system which gradually widened the wealth gap to what it is today. The deliberate advancement of agendas like deregulation, globalization, federal ops to sabotage leftist movements, union busting, and the methodical legalization of more and more money in politics have created unjust systems which cause more and more wealth to hemorrhage upward.

What we’re seeing in the wealth transfers etc since the Covid outbreak is more of the same, with small businesses collapsing while billionaire megacorporations rake in unprecedented profits. We’ll be seeing more such things as capitalism moves to its next infernal iteration.

This is one reason rightists are (generally speaking) more freaked out about all this than leftists. They’d be happy to see capitalism returned to its 2019 levels of oppression, which in reality would just be rewinding to immediately before another similar kleptocratic move anyway. Leftists would not be content with this; they want to end the entire system which gave rise to this occasion.

So now what we’ll probably be seeing is more and more rightists who used to yell “Get a job!” or “Get a better job!” at people who complained about poverty getting screwed over and thrown into poverty themselves by the same system which was screwing over the people they used to yell at. More people will likely come to understand that their businesses closing and their work vanishing was the result of the system screwing them, and hopefully recognize that the same is true for the poor people they used to turn up their noses at.

Which is what leftists have wanted all along. Leftists have always wanted a mass-scale uprising against the systems of exploitation, inequality and injustice which gave rise to the situation we now find ourselves in. It’s just that other ideologies are now, perhaps, starting to catch up.

0 thoughts on “Serious News For Serious People: Notes From The Edge Of The Narrative Matrix”