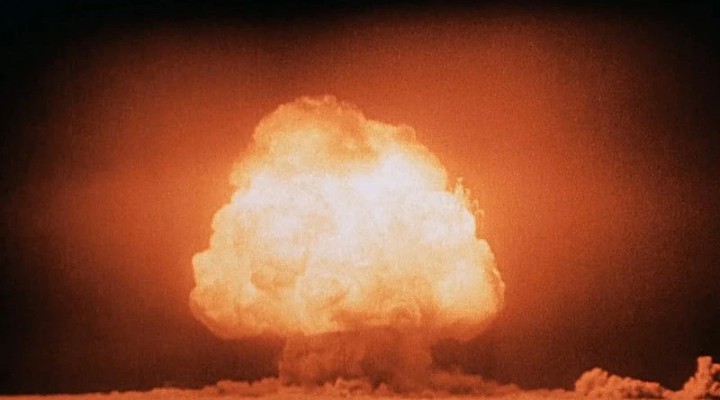 There’s a John Mearsheimer video clip from 2016 that’s going viral on Twitter right now, as old John Mearsheimer clips tend to do in the year 2022 when his predictions that western actions would lead to the destruction of Ukraine are coming horrifyingly true.

In response to a question about what the worst US foreign policy disaster has been, Mearsheimer agreed with a fellow panelist that at that moment Iraq looked like the worst, but said he believed US policy on Ukraine would prove much worse in coming years. He spoke of the fact that Russia has thousands of nuclear weapons, and that it’s entirely possible those weapons will be used if Russia feels threatened.

“Because the Cold War is in the distant past, most people, especially younger people, haven’t thought a lot about nuclear weapons and nuclear deterrence, and they tend to be quite cavalier in their comments about nuclear weapons, and this makes me very nervous,” Mearsheimer said.

In 2016, Mearsheimer was asked what the biggest disaster in US foreign policy was. The panelist next to him said Iraq. Here’s his answer. In my business, this is called a crystal ball. pic.twitter.com/pFBnOIJ5Jm

It makes me nervous too. Especially when we’ve got a steadily escalating proxy war which the standoff in Lithuania could easily see spin out into a direct hot war between Russia and NATO powers, and when we hear the UK’s top army general telling troops to prepare for World War Three.

Most of what I see in public discourse about escalating aggressions between the US power alliance and Russia reflects the cavalier attitude Mearsheimer spoke of in 2016, as do my own interactions with people online. Most of what I’m seeing in the behavior of NATO powers indicates this cavalier attitude about nuclear weapons as well. People, from the rank-and-file public to the upper echelons of empire management, don’t seem to be thinking very hard about what nuclear war is and what it would mean.

As Mearsheimer said, this does seem to be because we’re so removed now from the days when everyone was acutely aware that the missiles could start flying at any time.

It just doesn’t sit well with people’s understanding of the world that it could all end through the same nuclear armageddon scenario their grandparents used to worry about. If two men were holding guns to each other’s heads it would be experienced as very dangerous at first, but after a while if nobody pulled the trigger the emotional tension would begin to diminish. If years went by and the men got older it would diminish even further. If they got so old they couldn’t hold the guns anymore and had their children take over for them, and then their children’s children years later, the emotional experience of the standoff would be all but forgotten.

But the guns never got any less deadly. The fact that nuclear war hasn’t happened yet means only that: that it hasn’t happened yet. Things that have never happened before happen all the time. There didn’t used to be nuclear weapons, now there are. Earth is currently a habitable planet, one day soon it may not be.

We came within a hair’s breadth of wiping ourselves out during the last cold war, not just once but many times. Any amount of nuclear brinkmanship opens up the possibility of nuclear war erupting in ways that are too hard to anticipate and plan for, because there are too many small moving parts, too many ways a nuke could be detonated as a result of technical malfunction, miscommunication, miscalculation and/or misunderstanding. The further things escalate between the world’s two nuclear superpowers, the greater the likelihood of this happening.

And of course the powerful have every reason to encourage this way of thinking to continue. If a critical mass of the population really understood that their lives are being threatened with nuclear war for no other reason than the US empire’s willingness to risk everything to secure planetary hegemony, they would immediately become hard to deal with. Empire managers plan on not just engaging in nuclear brinkmanship but also making things much harder on the public financially in their long-term agendas against Russia and China, and the only way everyone plays along with this is if they are kept from understanding what’s being done to them.

This is why the media have been acting so strange in recent years. Agendas are being rolled out which no sane person would consent to if they fully understood them, so their consent needs to be manufactured with massive amounts of propaganda. It’s also why internet censorship has taken a high priority during that same period of time: can’t have people using their newfound information-sharing capability to interfere in the narrative manipulations of the empire.

We’re being sedated into a propaganda-induced coma while immensely powerful people play profoundly dangerous games with our lives. It is in our interest to find a way to awaken as soon as possible.