HOME / WORLD / Nuclear Ukraine: Arming Kiev with the world’s most dangerous weapons would be a disaster 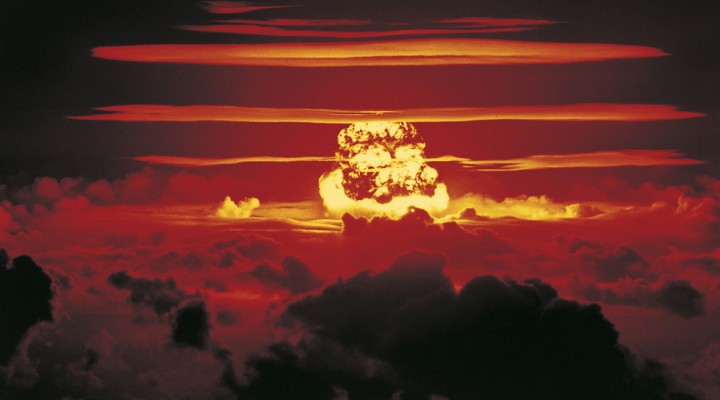 Former Polish foreign minister and current European Parliament member Radoslaw Sikorski has suggested that the West should provide Ukraine with nuclear weapons in order to “defend its independence.”

Sikorski’s reasoning was grounded in a fundamentally flawed understanding of the 1994 Budapest memorandum (which sealed Ukraine’s accession to the Treaty on the Non-Proliferation of Nuclear Weapons) – Ukraine did not lose security when it gave up its Soviet-era stockpile of nuclear weapons. Had Kiev opted to retain these weapons, it would have been treated by the international community as a pariah state whose viability would have been fatally undercut through missing out on the economic opportunity afforded by its agreeing to be rid of its inherited nuclear arsenal.

Ukraine’s security was enhanced by surrendering these nuclear weapons, since in doing so the door was opened for better relations with the West. Of course, Ukraine’s unfortunate history shows that this opportunity was squandered, given that Russia’s ongoing military operation which triggered Sikorski’s words was prompted not by some perceived Ukrainian weakness derived from its nuclear-free status, but rather the irresponsible policies of successive governments since the 2014 Maidan coup – that toppled former Ukrainian President Viktor Yanukovych – which pursued the violent oppression of ethnic Russians in Donbass for eight years.

Incidentally, Sikorski himself was one of the prime movers in destabilising Ukraine. Along with the equally US friendly former Swedish prime minister Carl Bildt, he helped formulate the EU’s Eastern partnership programme. This disastrous plan forced Kiev to choose between Brussels and Moscow. A situation which was clearly going to ignite the country’s delicate ethnic divides.

Sikorski’s fact-challenged narrative was matched by Vyacheslav Volodin, the Chairman of the State Duma of the Russian Federation. While justifiably angered by Sikorski’s dangerous remarks, Volodin said they amounted to “instigating a nuclear conflict in the center of Europe,” declaring that “[Sikorski] does not think about the future of either Ukraine or Poland. If his proposals materialize, these countries will disappear, together with the whole of Europe.”

Left unsaid (and likely unconsidered) by Volodin is the fact that Russia and the rest of the world would likely cease to exist as well, given the harsh truth that there is no such thing as a limited nuclear conflict and, once the nuclear Genie has been released from its bottle, it won’t rest until all of humanity is destroyed. There was a reason, in January 2022, Russia pushed the five nuclear-armed permanent members of the United Nations Security Council to jointly publish a statementwhich, among other things, declared that “a nuclear war cannot be won and must never be fought.”

That remains the truth, whatever Volodin says. Russian President Vladmir Putin understands that, having famously quipped during an October 2018 session of the Valdai Club that “Any [nuclear] aggressor should know that retribution will be inevitable, and he will be destroyed. And since we will be the victims of his aggression, we will be going to heaven as martyrs. They will simply drop dead, won’t even have time to repent.” Which is why such an outcome should not be postulated, even if issuing what amounts to little more than an idle threat.

The Sikorski-Volodin exchange isn’t the first time officials from opposite ends of the spectrum raised the specter of nuclear weapons in the context of Russia’s ongoing military operation in Ukraine. Following a visit to Ukraine in April 2022, US Secretary of Defense Lloyd Austin declared that “Nations from around the world stand united in our resolve to support Ukraine in its fight against Russia’s imperial aggression,” adding “Ukraine clearly believes that it can win, and so does everyone here.”

Austin went on to articulate as official US policy a hope that the Ukraine conflict would produce a “weakened” Russia incapable of carrying out similar attacks on in the future.

The policy of the US and NATO, to arm Ukraine with advanced heavy weapons whose sole purpose is to help kill Russian soldiers, elicited a warning from Russian Foreign Minister Sergey Lavrov about the threat of nuclear conflict amid the war in Ukraine.

“The danger,” Lavrov told Russian media, “is serious. It is real. It should not be underestimated.”

Lavrov’s comments prompted a rejoinder from Austin, who labeled the Russian diplomat’s words “very dangerous and unhelpful. Nobody,” Austin declared, “wants to see a nuclear war–nobody can win it.”

Austin’s announcement must have come as a surprise to those in the US defense establishment whose job it is to prepare for a nuclear conflict. In early 2020 the US deployed a new nuclear weapon, the W76-2 “low yield” nuclear warhead, which was by design intended to demonstrate to potential adversaries that the United States was prepared to respond to the kind of “limited nuclear engagement” envisioned by Sikorski and Volodin. Estimated to have a yield of five kilotons–one third that of the nuclear bomb dropped on Hiroshima at the end of the Second World War, the W76-2 was, according to Mark Esper, Lloyd Austin’s predecessor as Secretary of Defense, intended to give the president “options [that will] allow us to deter conflict” and “if necessary…fight and win.”

Fight and win a nuclear war.

There is only one nation in the world that not only maintains a nuclear posture which postulates the possibility of fighting and winning a nuclear war but has developed and deployed nuclear weapons designed to accomplish just that.

That nation is the United States.

December 8, 2022 will mark the 35th anniversary of the signing of the Intermediate Nuclear Forces (INF) Treaty between the United States and the former Soviet Union. Prior to the INF Treaty coming into force, the US and the USSR had deployed thousands of intermediate-range nuclear-armed missiles which faced off against each other in Europe. One mistake, one miscalculation, one piece of false information, and these missiles would be launched, virtually guaranteeing a cycle of escalation which would result in the nuclear annihilation of humanity on earth.

Despite the harsh rhetoric of the Cold War, where President Ronald Reagan spoke of an “Evil Empire” in the Soviet Union and the United States was known as “Enemy Number One” in Moscow, the political and military leaders of both nations were able to demonstrate the necessary courage and vision to craft an arms control agreement which helped pull their respective nations back from the nuclear abyss.

In 2019 then-President Donald Trump precipitously withdrew from the INF Treaty, setting in motion a new arms race which threatens in short order to see Europe once again playing host to a new generation of even more lethal missiles.

Today, with relations between the US and Russia at an all-time low, it is high time for the political and military leaders of these two nations to once again push past the trivial and focus on that which is essential for the sustainment of life as we know it: A new INF Treaty which, if implemented, will buy Europe and the rest of the world some breathing space so that the threat of a nuclear conflict recedes.

The US and Russia claim to have a shared belief that a nuclear war can never be won, and as such should never be fought. Through action and word, however, it appears that neither side has fully embraced the pledge they made, together with France, Great Britain, and China, earlier this year.

The world once again finds itself on the cusp of the unthinkable–a nuclear war in Europe that would end up enveloping the entire planet. Our respective leadership must respect the intent of that pledge, and begin the long, hard process of disarmament needed to turn theory into reality.

We did it once before, and I have faith and trust that we can do it again.

0 thoughts on “Nuclear Ukraine: Arming Kiev with the world’s most dangerous weapons would be a disaster”