HOME / SOCIAL/CULTURAL / OMG Afghanistan Is Invading Afghanistan: Notes From The Edge Of The Narrative Matrix 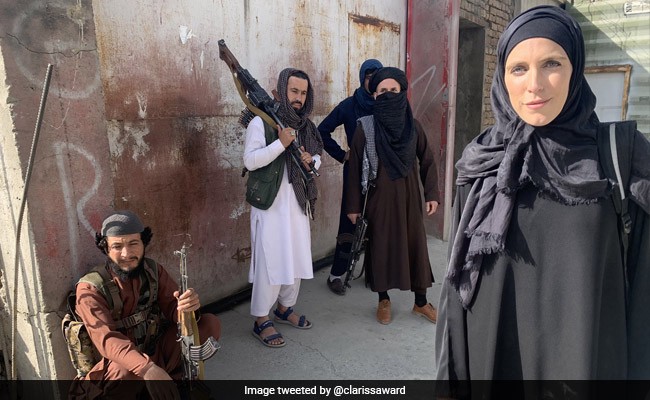 The US empire will literally invade a country so it can spend decades using the people who live there as target practice for its expensive new military technologies and then tell you to worry about motherfucking Cuba.

Love how everyone suddenly started babbling about China taking America’s place in Afghanistan. Like Beijing’s been watching all the world powers smashing their heads against military interventionism in Afghanistan and thinking “Yeah that looks awesome, we should definitely try that.”

Bush era war criminals are louder than ever right now because they’ve lost the argument. The Afghan “government” proved to be an illusion, proving they spent 20 years lying to us about what they’d been doing there, so now they’re trying to salvage their reputations and legacies.

I can’t believe there are still highly influential people saying we need to keep raining military explosives on the Islamic world to make Muslims less extremist.

Dropping US-sponsored military explosives on one of the most densely populated areas on earth. https://t.co/J6M306xT5K

The Biden administration is perpetuating and advancing all of Trump’s policies better and more efficiently than Trump himself and it’s hilarious that MAGA people still oppose him just because Candace Owens told them he’s a communist.

The fact that Joe Biden’s mind has declined sharply in recent years is significant not because it means the US president can’t lead the country, but because it shows no US president ever leads the country. Republicans keep highlighting the fact that the sitting president’s brain doesn’t work to suggest that a Republican president would be more competent, but of course that’s not true. You’d just be swapping an impotent puppet with dementia for an impotent puppet without dementia.

The most powerful government in the world is run not by its elected officials but by a loose nationless alliance of plutocrats and government agency insiders who Americans never get to vote for. This has been obvious for a long time and gets more obvious by the day.

The debate over Covid policies has split anti-imperialists, socialists, Assange supporters etc in a way that’s mighty convenient for the powerful. We could probably all be more open-minded, keep watching and learning, and not expect everyone to agree with us about everything.

Just as a general rule it’s probably wise to avoid “If you’re not for us than you’re against us” doctrines. I tend to back away slowly from anyone I see getting that way, and that impulse has always proved a healthy one. Mature adults can agree where they agree and disagree where they disagree and not have that be a major issue.

“Don’t blame the troops, a lot of them saw the military as their only path out of poverty.”

Ah so we come back once again to the problem being capitalism.

War profiteering is what you get when you mix capitalism with a globe-spanning power structure that works to maintain unipolar domination at all cost. The war industry surfs on the empire like dolphins on the wake of a freight ship, except in this case the dolphins also help steer and accelerate the ship.

The military-industrial complex was inevitable. You cannot maintain a global order without the constant threat and application of mass military violence to hold it in place. It was inevitable that an industry would not only arise to meet that demand, but begin using the wealth it generates to manufacture support for more war.

Explain to me how this definition does not make the US military the worst terrorist organization on earth. pic.twitter.com/njUJoACY4i

All the worst things in the world happened because some humans took some dumb thought in their heads a little too seriously. War, torture, genocide, slavery, exploitation, oppression, ecocide, it’s all because of a human tendency to imbue the noises between our ears with the power of belief.

Some primates evolved the capacity for abstract thought a while back and the giant brains relative to the size of the birth canal meant we have to spend our formative days helpless and surrounded by giants, which is very scary and inherently traumatic. As we grow we start taking our thoughts very seriously as we try to obtain safety and security in the midst of this cacophony, and then ego happens as a result of this.

So really all this drama is ultimately just a species that’s in an awkward transition phase where it hasn’t yet developed a mature relationship with its newly evolved brain matter. I bet the ancestors of birds looked really awkward for a while at first too, before they could fly. Flight in our case would look like a mature relationship with our big brains where thought exists as a mere tool that we can use when it’s useful and set down when it’s not, rather than as a compulsive force which dominates our experience due to our conditioned habit of giving it belief.

And of course it’s very possible that we kill ourselves off before we make it out of this transition phase; it’s happened to many other species before us. But either way this is temporary. Either way any belief that this brief chapter in our story is illustrative of “human nature” is silly.

0 thoughts on “OMG Afghanistan Is Invading Afghanistan: Notes From The Edge Of The Narrative Matrix”