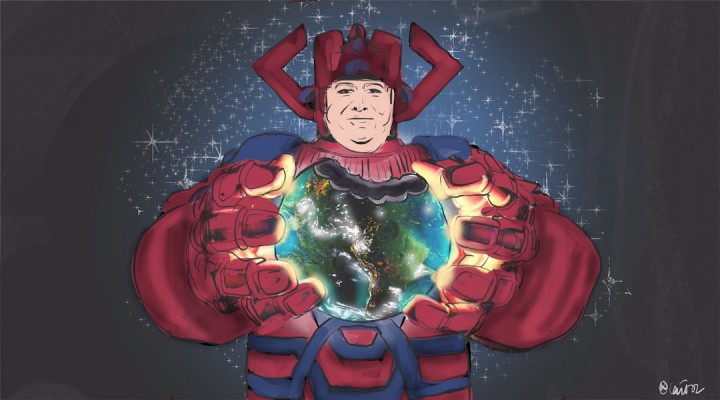 Mike Pompeo has a fraud face,
an apartheid face,
a slave owner’s face,
my father-in-law’s face.
Mike Pompeo has a face that says,
“I would reach into your chest
and pull out your beating heart
and eat it right in front of you
and then say Oh no, what has happened to your heart?”
He does not use language the way humans use language.
He uses language to make chains for humans.

He said “We lied, we cheated, we stole,” and laughed.
Laughed a laughless laugh
with laughless eyes in a laughless face
painted over a laughless network
of computer chips and pain.
A chorus of laughless laughter followed from the audience,
because they knew that if they did not laugh
he’d grow angry
and devour them.

Thanks for reading! The best way to get around the internet censors and make sure you see the stuff I publish is to subscribe to the mailing list for my website, which will get you an email notification for everything I publish. My work is entirely reader-supported, so if you enjoyed this piece please consider sharing it around, liking me on Facebook, following my antics onTwitter, checking out my podcast on either Youtube, soundcloud, Apple podcasts or Spotify, following me on Steemit, throwing some money into my hat on Patreon or Paypal, purchasing some of my sweet merchandise