HOME / WORLD / America the Repugnant. Assassinating Foreign Leaders Is an Act of War 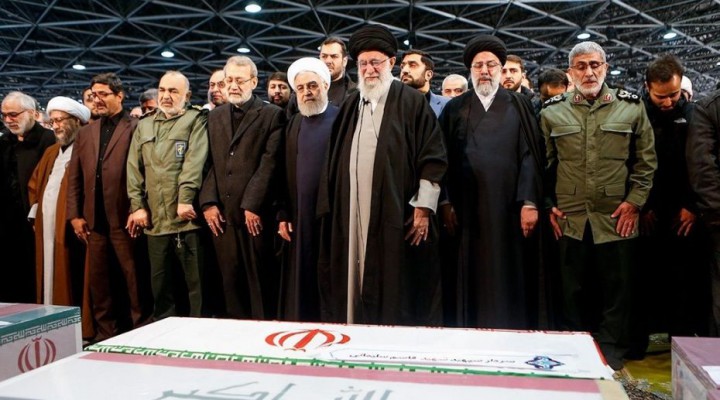 Donald Trump should be aware that there is considerable downside to the tiger than he has let out of its cage.

Once upon a time there was a Constitution of the United States. In Article II, Section 2 it stipulated that only the U.S. Congress has the power to declare war, which means the American president has to go to the legislative body and make a case for going to war against an enemy or enemies. If there is a vote in favor of war, the president is empowered as commander-in-chief to direct the available resources against the enemy.

There is also something called international law. Under international law there are situations in which a head of state or head of government can use military force defensively or even preemptively if there is a substantial threat that is imminent. But normally, a country has to go through a procedure similar to that in the U.S. Constitution, which means making a case that the war is justified before declaring war. The Nuremberg Tribunals ruled that starting a war of aggression is the ultimate crime.

The president has already declared that he needs no approval from Congress or from anyone else to initiate further military operations against Iran in the Middle East, even if the action taken is “disproportionate.” Meanwhile he, the State Department and the Pentagon are all stating, without presenting any evidence at all to the public, that Iranian Major General Qassem Soleimani was planning attacks that would kill “hundreds of Americans” as a casus belli justifying his assassination. The White House is also asserting that the killing was done to “stop a war,” which makes no sense even coming from the addled tweet-conditioned brain of Donald J. Trump. And if one still harbors suspicions that Trump might actually be of sound mind, it is possible to listen to him on the day after the assassination while speaking to a gathering of his supporters at an evangelical church in Florida. He told the cheering crowd that “God is on our side” and that Soleimani “…was planning a very major attack, and we got him.” The audience went wild in approval, chanting “four more years.”

Such chest beating moments of pretend strong leadership coming from president bone spurs as well as similar justifications for an assassination that will be surfacing over the next few days simply do not pass the smell test. Take the window dressing away from the Pentagon and media propaganda and all one has left is that the United States illegally and openly killed a senior official from a country with which it is not at war and did so without the consent of the third country where the assassination took place with which the U.S. is also not at war. The assassination was not in reality based on any imminent threat and is therefore illegal under international law and is undeniably an unconstitutional act of war directed against both Iran and Iraq.

What is particularly bizarre about Trump-think on this issue is that the assassination was carried out right in the open in a country with which the United States has had of late a friendly relationship and which allows American soldiers to be based on its soil. Judging from the crowds of protesters gathered in Baghdad to protest the killing, that somewhat comfortable arrangement is about to end. And it will also end American involvement in neighboring Syria, which will be unsustainable without a presence in Iraq. That is the only good news to come out of the assassination.

To be sure nations at war will try and sometimes succeed to assassinate enemy leaders, and the intelligence services of various countries also have been known to kill foreign politicians who are considered to be threatening. America’s best friend Israel leads the world in that statistic. But spy agencies work their mischief on a basis of plausible denial, which means that the countries that carry out assassinations make every effort to obscure their role and permit deniability.

The difference in what the White House has done now is that another page has been turned in the process of the United States going completely rogue. It all started when George W. Bush warned that “you’re either with us or against us.” Barack Obama subsequently labored over his Tuesday morning kill lists, which included American citizens, and the Trump White House has now expanded that license, asserting that it can act with complete impunity and out in the open to kill anyone at any time anywhere without due process or any actual demonstrated cause or accountability.

Donald Trump should be aware that there is considerable downside to the tiger than he has let out of its cage. What will he do if “enemies” all over the world decide to copy the Trump example and kill American diplomats, soldiers and tourists because they oppose U.S. policies. And what about if they up the ante a little bit and kill senior Ambassadors, Congressmen, and even succeed in killing a presidential cabinet member or two. Trump in his foolishness has invited reciprocity and has even granted those who do the killing a certain immunity if they are claiming that they are doing it to stop something worse, i.e. war.

Finally, if the target of the assassination had been anyone but an Iranian, Israel’s enemy, one can count on there being hell to pay with Congress and the media over Trump’s having gone completely off the rails. Assassinating a foreign leader as a new United States government policy has to be an impeachable offense. Forget about obstruction of justice and collusion with foreigners: assassination is the real deal and if it does not constitute a high crime, it is hard for one to imagine what does. By all means let’s impeach Trump based on what he has actually done, not on speculation over what he might have connived at.

Secretary of State Mike Pompeo has repeatedly justified the U.S. “extreme pressure” directed against Tehran, demanding that Islamic Republic take steps to become a “normal country.” The real question should be, “When will the United States of America become normal?”

0 thoughts on “America the Repugnant. Assassinating Foreign Leaders Is an Act of War”