HOME / SOCIAL/CULTURAL / Into The Unprecedented 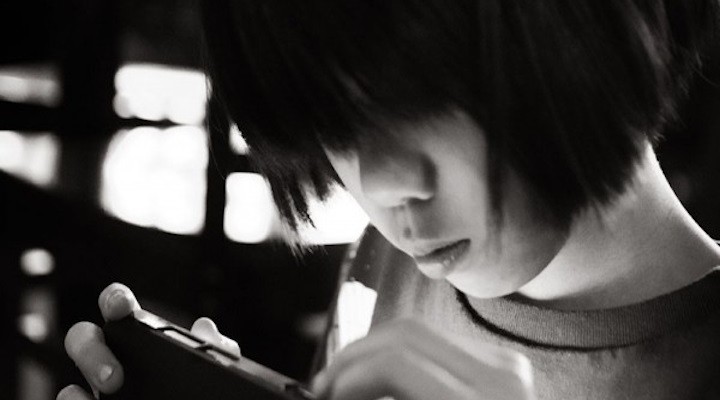 Listen to “Into The Unprecedented”:

“Look at her, just staring at her phone like a zombie,” the middle-aged woman said in a loud stage whisper which was clearly intended to be heard.

“She’s sitting in an art museum, right in front of a genuine Monet, and she’s staring at her phone,” said her husband, not even bothering to whisper.

“Guarantee you if someone had shown Monet an iPhone while he was painting that piece of shit he woulda dropped his brush and forgotten all about it,” said the girl without looking up.

The woman gasped and sputtered. The man’s face went dark.

“Piece of shit?” he said. “Piece of shit? Do you have any idea who Monet was? How lucky you are to be able to experience his work? And you sit there staring at your phone without so much as a glance at the masterpieces you’re surrounded by?”

The girl ignored him.

“The good Lord never saw fit to give us a child,” said the woman. “But if he had, I like to think we’d have taught her to have some respect for her elders. And if we’d have caught her staring at her phone in an art museum, I’d have taken it away and thrown it in the trash.”

The girl looked up. Her eyes were strange.

“You do get that I’m not actually ‘staring at my phone’, right? Like, you know I’m having actual conversations and engaging with people and taking in information, don’t you? Do you understand that there’s information on this screen that I’m actively interacting with? This isn’t a TV, I’m not just passively staring at it.”

“I mean yeah, sometimes,” said the girl. “Sometimes I’m looking at other teenagers figuring out their bodies and their appearance and stuff. I know it’s always been cool to make fun of literally anything teenage girls like, because we can’t possibly have interests and values that are worth treating with human dignity, but you know what? There’s also some great stuff on TikTok. Not just dancing, but like people sharing their insights and experiences to help each other understand life better and sort through their trauma and confusion and figure out their place in the world, and it’s really helpful and I’m really glad it’s a thing. It’s helping me unpack and dismiss all the weird ideas your generation keeps trying to force down our throats. I’ve learned more useful stuff about life and growing up from TikTok than I ever learned from my parents.”

“And yeah I use it to socialize; I’ve got friends all around the world and I connect with them more deeply than lots of people ever connect with anyone, even though we’ve never met in real life. But I also use my phone to get information about what’s going on in the world. I’ve got access to everything humanity has ever produced right here, including every painting in this museum and every Monet in existence. Any time I get curious about something I just look it up and suddenly that information is in my head. Your generation grew up just taking in whatever information they fed your brain in school or on TV, and guess what? A lot of it was crap. My generation is raised on an information network that’s like one giant brain made up of billions of little individual brains interconnecting all around the planet.”

The girl stood up and faced them.

“I’m not ‘staring at my phone’. I’m interfacing with the evolution of the human species. I’m riding the cusp of a giant wave into something that has never ever existed before into a future that none of us can even imagine. My generation is not like yours. The boundaries which confined the development of your minds simply are not there for us. We are an entirely different kind of creature, and we are much better for it. Your stale, repetitive enclosed thought systems have brought our world to the precipice of ecological collapse and nuclear war; everything you have handed down to us has been as colossal a failure as anything could possibly be. And you presume to teach us what to do with our phones?”

As she spoke, a pair of giant black wings full of glowing ones and zeros spread outward from her back.

“We are not like you. We will not perpetuate your bigoted, destructive, closed-minded faceplant of a worldview into the future. We will turn this world around, and we will do it by tearing down all the old models that you and your ancestors have built for us. We will be the architects of the new world. It will be a boundless world, a healthy world, a much, much better world, and guess what? We’ll even let you be a part of it. We’ll even take care of you as you age your way out of existence. We will fix all of your mistakes for you, and we will carry your helpless, hopeless minds into the new world with us, because we are good, and because we care. So please, at least try and have a little respect.”

“But where is this all headed?” said the woman, clutching her husband tightly. “What you’re describing is very frightening.”

“How should I know?” the girl replied. “We are riding into the unprecedented together.”

With that she strode out the museum door, phone in hand, and took off into the sky.

A Truly Free Society Would Have No Official Narratives

0 thoughts on “Into The Unprecedented”