HOME / WORLD / US Plans to Destroy Taiwan to “Save” It 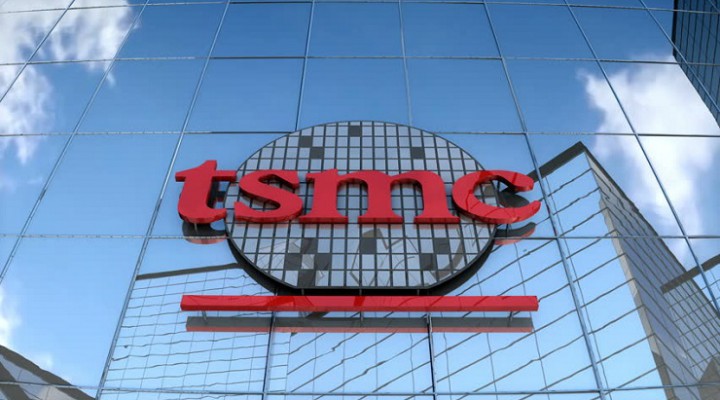 Tensions between the United States and China exist across a wide spectrum of areas, from economics to geopolitics. Among the many flashpoint issues defining this growing confrontation is the “Taiwan question.”

Officially, the United States recognizes what is known as the “One China Policy.” The US State Department’s own webpage regarding US-Taiwan relations explicitly states:

The United States and Taiwan enjoy a robust unofficial relationship. The 1979 US-PRC Joint Communique switched diplomatic recognition from Taipei to Beijing. In the Joint Communique, the United States recognized the Government of the People’s Republic of China as the sole legal government of China, acknowledging the Chinese position that there is but one China and Taiwan is part of China.

The US State Department also claims that, “the United States does not support Taiwan independence.”

And yet unofficially the US maintains the American Institute of Taiwan (AIT) serving as a defacto embassy for a territory the US does not have “official” relations with. The US also sells millions of dollars of weapons to Taiwan’s administrative authorities creating a military threat almost exclusively directed toward the Chinese mainland.

A 2021 Voice of America article titled, “US Nearly Doubled Military Personnel Stationed in Taiwan This Year,” would admit:

Active-duty deployments now include 29 Marines as well as two service members from the Army, three from the Navy and five from the Air Force, according to the Pentagon’s Defense Manpower Data Center.

The stationing of US military personnel on the island of Taiwan, territory the US officially recognizes as “part of China,” or at the very least, territory the US recognizes China has claimed as its own – is an obvious provocation. US diplomatic, political, economic, and now military activity on and around Taiwan takes place thousands of miles from America’s own shores and helps illustrate that amidst rising tensions between the US and China, Washington is clearly the chief instigator.

And as the US has done in proxy conflicts around the globe and even in regards to China itself, the US has devised a strategy to use Taiwan against mainland China. If and when Taiwan finally provokes Beijing into action, this same strategy ensures nothing is left of Taiwan upon reunification.

The United State Army War College Press published a paper in late 2021 titled, “Broken Nest: Deterring China from Invading Taiwan.” It discusses a variety of options to “deter” a “Chinese invasion of Taiwan without recklessly threatening a great-power war.”

The idea is to use Taiwan as a point of contention for as long as possible and then sacrifice it entirely to deny it to China and any aspirations toward reunification.

At one point the paper claims:

To start, the United States and Taiwan should lay plans for a targeted scorched-earth strategy that would render Taiwan not just unattractive if ever seized by force, but positively costly to maintain. This could be done most effectively by threatening to destroy facilities belonging to the Taiwan Semiconductor Manufacturing Company, the most important chipmaker in the world and China’s most important supplier.

For Washington, such an option would easily satisfy US geopolitical objectives. For Taiwan, it would be a catastrophe, wiping out one of its most important industries. At the same time the US is planning to “scorch” Taiwan’s chip industry, it is attempting to move at least part of Taiwan’s chip-making capacity to the continental United States.

Taiwan Semiconductor Manufacturing Company (TSMC) has been “encouraged” to build a $12 billion factory in Arizona. While articles published by American papers like the Washington Post attempt to depict the move in a positive light, it cannot be denied that TSMC faces labor, regulatory, tax, and cost challenges, some of which will take years to surmount, others are entirely insurmountable and likely to only worsen over time. Doing business in the United States obviously puts TSMC at a disadvantage and helps further illustrate the ongoing and ever increasing price Taiwan is paying for America’s “friendship.”

Conversely, the Chinese mainland represents Taiwan’s largest source of trade in terms of both imports and exports. Before the independence-tilting Democratic Progressive Party (DPP) took power on the heels of the US-sponsored “Sunflower” protests in 2014, Taiwan counted the mainland as a major investor, source of tourism, and had sought to increase economic cooperation in all areas.

This was artificially stopped by the US and its DPP allies upon taking office, costing Taiwan and its economy dearly in the process. The tourism industry, for example suffered “a 59 per cent decline in tour group numbers and a 73 per cent drop for independent travellers,” according to the South China Morning Post.

As one can see looking at other US allies around the globe in recent years, Taiwan’s fate is almost certainly one of tragedy. Even in regards to China itself, and more specifically, the political opposition in Hong Kong, there are many examples for Taiwan to take note of. Hong Kong opposition parties, media platforms, and street movements were used by the United States to undermine peace, stability, and economic prosperity in the special administrative region. When Hong Kong’s government finally restored order many among the movement were either arrested and jailed, or decided to flee abroad to live in less-than-desirable conditions since.

The Hong Kong opposition for all intents and purposes no longer exists today. Many exhibit regret for participating in the movement, and perhaps most of all, regret trusting the United States government and its “assurances” that it would continue supporting the movement.

The US through its media and policy circles, has all but assured that the same fate awaits Taiwan. Only time will tell if the people and the government of Taiwan are capable of learning from these other increasingly numerous examples of US “friendship” in action, and whether or not they steer Taiwan back toward the status quo with the mainland which much more resembles a mutually beneficial relationship than the “scorched earth” future Washington has waiting for the island and its people.

0 thoughts on “US Plans to Destroy Taiwan to “Save” It”