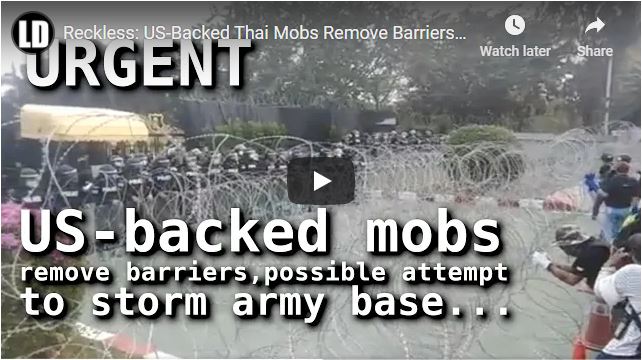 After the government took extensive measures to protect the army base the US-backed anti-government protesters originally targeted as their next protest site – protest leaders switched the venue at the last minute.

Immediately the protest guards began removing razor wire standing between them and the army base’s gates and security personel. Storming a military base anywhere in the world can be a potentially deadly provocation – and protest leaders by picking a military base to target and encouraging followers to dismantle security barriers is a reckless move that should be condemned by the media.

Instead the Western media and opposition media in Thailand is acting as if this is just a normal part of the protest and are likely to spin any potential violence as the government’s fault.