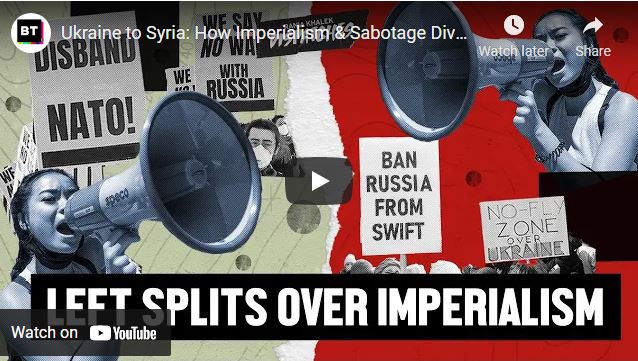 The war in Ukraine has led to a closing of the ranks in the West, with media and politicians in lockstep united against Russia, and some self-described leftists have joined in. As with many recent conflicts the left has been riven by divisions over what is the correct position to take, with “Putinism” replacing “Assadism” as the new term used to excommunicate opponents of NATO and American intervention.

To understand the history of the Western left and how wars over the last century have caused divisions, Rania Khalek was joined by Ben Norton, an investigative journalist based in Latin America, and editor of the independent news website Multipolarista.