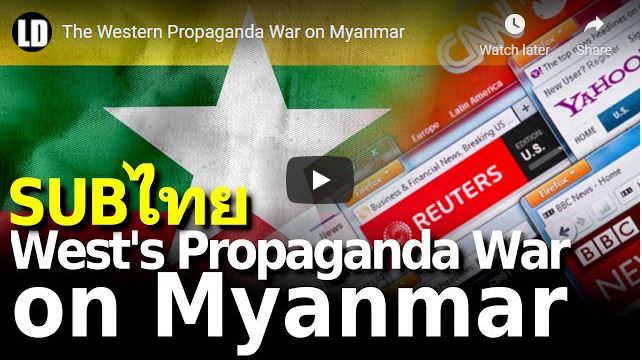 In this video I discuss the propaganda war being waged by the Western media on Myanmar – how much of the media cited is funded by the US government via the National Endowment for Democracy (NED).

I also describe how even media in Thailand is heavily influenced by Western propaganda – repeating conspiracy theories spun by “institutes” funded by Western weapons manufacturers trying to implicate China as being behind the new government – while ignoring documented evidence of US government support for opposition groups opposed to the new government.

The Strategist (The Australian Strategic Policy Institute) – What’s on the clandestine nightly flights between Myanmar and China?:
https://www.aspistrategist.org.au/whats-on-the-clandestine-nightly-flights-between-myanmar-and-china/

0 thoughts on “The Western Propaganda War on Myanmar”