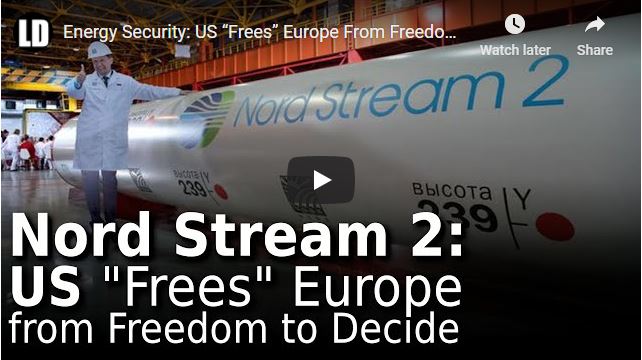 Nord Stream 2 is a pipeline project extending from Russia to Germany that – when completed – will provide a secure means of exporting Russian natural gas to Western Europe – circumventing a now volatile Ukraine and other potential conflict zones, all while tying Russia and Europe together further through mutually beneficial economic activity.

The project has faced significant hurdles – mainly in the form of US sanctions aimed at pressuring Russia’s European partners into backing out of the deal. The recent alleged “poisoning” of Alexei Navalny also appears to be an engineered provocation aimed at driving a wedge between Russia and Germany as the project nears completion.

I explain the most recent developments regarding the Nord Stream 2 pipeline and why this project is critical to keep an eye on.

Its completion will be a victory for multipolarism and help draw Western Europe further out of Washington’s orbit. It will also be severe blow to Washington’s and Wall Street’s unipolar international order – a prospect it appears the US is willing to anything to avoid.