HOME / Economy / Is the “3 Seas Initiative” the West’s Answer to China’s Belt and Road? 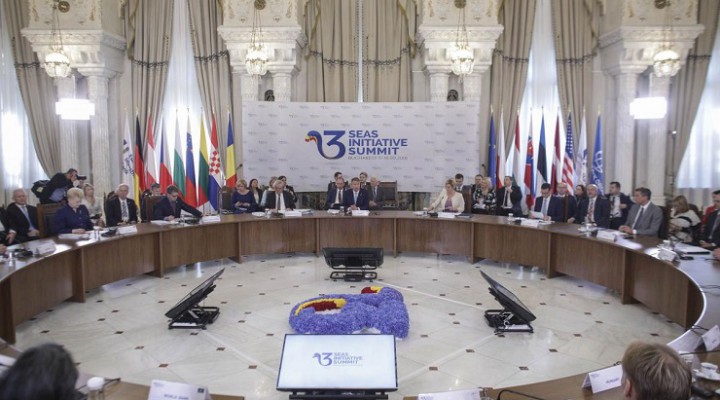 To counter not only China’s Belt and Road Initiative (BRI) but also Russia’s growing ties with Western Europe, an “alternative” infrastructure drive is being proposed that if and when completed, Washington, London, and Brussels hopes will further contain Russia and cut China off from European markets.

Called the “Three Seas Initiative,” it is described in a Bloomberg op-ed titled, “This Is How Europe Can Push Back Against China and Russia,” as:

…a joint endeavor by 12 eastern members of the European Union to update the physical and digital links between the Baltic, Adriatic and Black Seas.

The op-ed argues that the initiative is the only way to fight off “Russian bullying and Chinese meddling.”

But upon closer scrutiny – even the selling points made by the author – Andreas Kluth – reads instead like a thinly veiled attempt to bully and meddle in Europe – and at the expense of the obvious opportunities trade and ties with Russia and China will bring.

Though economically vibrant, most of this region still lags the rest of the bloc in infrastructure. Travel by road and rail takes two to four times longer on average than in the rest of the EU.

What’s missing in particular is good highways, railway tracks and gas pipes running north and south. This is a legacy of the Cold War. The Soviet hegemons made sure that Russian gas, tanks and troops could easily move east-west, but cared not a hoot about other connections among the countries they occupied.

Yet the Soviet Union collapsed in 1991 – 30 years ago. If Eastern Europe currently still lacks modern infrastructure – it would be more appropriate to state that it is Brussels who “cares not” about making improvements.

The infrastructure proposed is also curious. The op-ed claims:

Projects include, for example, a port in Croatia that could welcome ships carrying liquefied natural gas — from the U.S., for example — and the pipelines that would bring this gas north to partner countries. Poland already has an LNG terminal.

This is not necessary infrastructure though. Europe already has access to hydrocarbons in the form of Russian energy moved into the region through existing pipelines and at costs much cheaper than LNG shipped across the Atlantic from the United States will ever be.

The inclusion of this “example” reveals Kluth’s hand and the true nature of this argument – this isn’t about stopping imagined “Russian bullying,” this is about imposing very real American bullying.

In other words, expensive infrastructure would be built specifically to put in place energy imports that would cost more and come with far more strings attached politically than Russian energy. These strings would include – and the op-ed itself mentions this specifically – cutting off relations with both Moscow and Beijing. 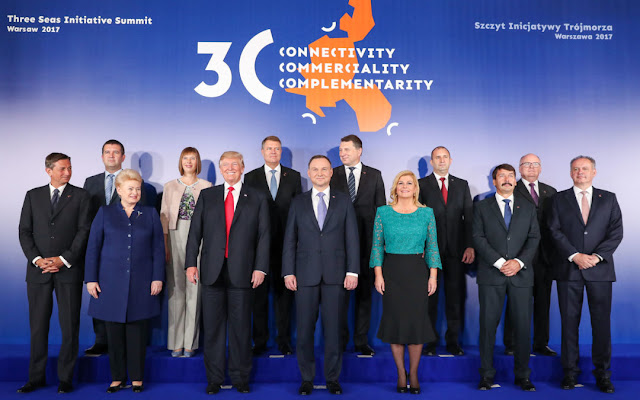 And regarding Beijing – Kluth accuses China of seeking political favor in return for infrastructure investments and construction projects – citing Hungary as an example of a partner nation “compromised” by its relationship with Beijing. Kluth claims that Hungary has blocked EU condemnation of alleged “human rights abuses” by China – never considering that the accusations themselves may have been politically motivated in the first place by opponents of Beijing.

Kluth – after describing the Three Seas Initiative as a means of escaping “bullying and meddling” – makes clear that US and EU investment in the projects should themselves come with political strings attached – noting:

…the EU should also be clear about its expectations. First, all involved, including Hungary, must acknowledge the geopolitical subtext and unambiguously declare their allegiance to Brussels, foregoing dalliances with Beijing. Second, the initiative mustn’t become the germ of an eastern bloc that defines itself in opposition to the rest of the EU.

While Russian “bullying” and Chinese “meddling” remain squarely in the realm of politically-motivated accusations – Kluth is openly declaring Washington’s and Brussels’ intentions to invest in a neglected Eastern Europe are predicated on acquiring unflinching obedience and the full surrender of national sovereignty – a proposition made without any hint of intentional irony.

US foreign policy has been and continues to be predicated on maintaining global primacy. Any nation, anywhere on Earth that challenges Washington’s ability to act upon the global stage with absolute impunity is designated an enemy and thus targeted through a combination of political, economic, and even military coercion.

Two nations that have found themselves on this list for decades are Russia and China.

Both Russia’s re-emergence after the collapse of the Soviet Union as a major global power and China’s rise both regionally in Asia and globally – have demonstrably inhibited Washington’s worst impulses.

While Washington describes both Russia and China as threats to global peace and stability – it was Russia’s intervention in Syria that prevented the nation from suffering a similar fate as Libya or Iraq at America’s hands.

It has been China’s incremental rise that has created viable alternatives for nations across Asia just now working their way out from under the shadow of America’s Indo-Pacific “primacy” – a notion still included openly as part of US foreign policy – demonstrated in a “framework” paper published as recently as the Trump administration.

Notions of “Russian bullying” and “Chinese meddling” are geopolitical projections made by Western policymakers in a bid to justify a continued campaign of coercion – and not just against Russia, China, and nations along their peripheries – but also against allied nations like Germany who seek to diversify their ties between East and West – US sanctions targeting German companies involved in the Nord Stream 2 pipeline project with Russia being only the latest example.

Perhaps the ultimate irony of all is that as Washington and Brussels attempt to dangle the promise of modern infrastructure over the heads of Eastern Europe – Kluth of Bloomberg himself admits that China has already come through in the case of Hungary – and Russia has been reliably pumping cheap energy into Eastern and Western Europe since before the collapse of the Soviet Union – and of course – ever since.

Once again – while pointing the accusing finger elsewhere – the US and its EU partners reveal themselves as the central threat to peace and prosperity. In reality, Chinese infrastructure projects coupled with US-EU investments, and cheap energy from Russia would be most beneficial to the nations of both Eastern and Western Europe – but clearly what is in the continent’s best interests run at cross-purposes to Washington’s and thus while Russia and China have never demanded exclusive economic ties with Europe – Washington is.

Washington’s War on Huawei: Driven by Greed, Not “Security”

0 thoughts on “Is the “3 Seas Initiative” the West’s Answer to China’s Belt and Road?”