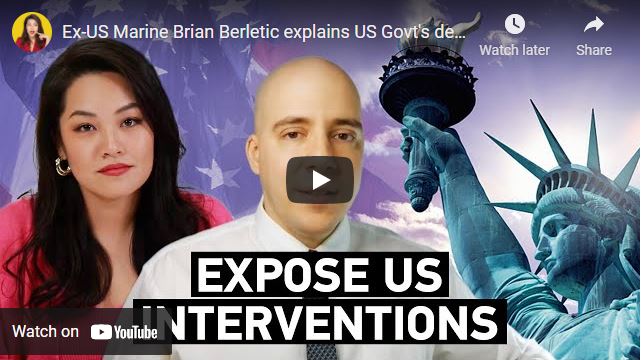 There’s a hidden link among all the seemingly spontaneous violent protests in Thailand, Hong Kong, and Arabic countries — the National Endowment for Democracy, the regime-changing tool funded by the US government.

Using Xinjiang, Hong Kong and many Southeast Asian countries to destabilize the region to encircle China, bringing chaos to people living in the region and benefiting a few elites in the US government, has long been written in US foreign policy.

In this episode, Brian Berletic, a geopolitical analyst and a former solider of US Marine Corps, explains how he decided to expose US global atrocities, the unreported truths in Thailand, Myanmar, and the danger of US interventions.

American Released from Myanmar Was Part of US Regime-Change Machine