East vs. West: Two Approaches to Dealing with Extremism 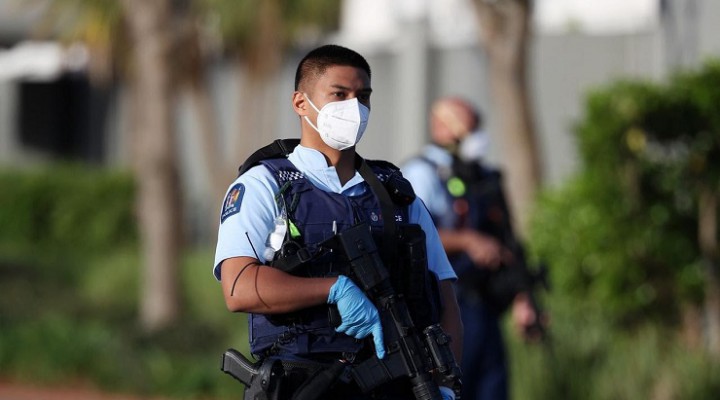 The New York Times in its September 3, 2021 article, “New Zealand Police Kill ‘Extremist’ Who Stabbed 6 in ISIS-Inspired Attack,” would report that a Sri Lankan national injured 6 people before being shot to death by police.

The article revealed that the suspect arrived in New Zealand in 2011 and has been “known to security forces since 2016.” The article added that New Zealand security agencies had the suspect under constant monitoring. Other articles revealed that his prompt death at the hands of police 60 seconds after his stabbing spree began was the result of a “surveillance team” being on hand at the time of the attack.

The New York Times itself would report:

Surveillance teams were as close as they could possibly be at the time of the stabbings, said Andrew Coster, New Zealand’s police commissioner.

“The reality is that when you are surveilling someone on a 24/7 basis, it is not possible to be immediately next to them at all times,” Commissioner Coster said. “The staff intervened as quickly as they could, and they prevented further injury in what was a terrifying situation.”

Ms. Ardern added, “We used every element and lever in the law that was available.”

No explanation was given as to why an individual deemed so dangerous that they were assigned an armed surveillance team to watch over them 24/7 was allowed to roam freely in public for years, exposing an unwitting population to the inevitability of extreme and potentially deadly violence.

The senseless violence was only further compounded by a senseless policy of allowing known extremists to roam freely in public – unbeknownst to the public itself – serving as a living, ticking time bomb.

The tragedy in New Zealand is made worse still when considering the US and its allies have created the conditions for the so-called “Islamic State” (ISIS) to rise, with the US government itself identifying its own allies as chief state-sponsors of ISIS (banned in Russia) – and with evidence emerging (including a leaked 2012 US Defense Intelligence Agency memo) that the US itself sought to use the terrorist organization in Washington’s proxy war on the Syrian government to create a “Salfist principality” in eastern Syria.

The recent New Zealand stabbing would be bad enough on its own, but it fits into a wider pattern across the Western World where known extremists monitored by Western security agencies are allowed to roam freely in public until carrying out horrific acts of violence. In certain instances, if the violence is not significant enough, suspects are allowed to leave imprisonment to “try again” as was the case in the lead up to several major terrorist attacks in France and Belgium in previous years.

It could be assumed that Western security and intelligence agencies allow dangerous suspects to roam freely in public, inevitably endangering and preying on the public to maintain the geopolitically and financially lucrative “clash of civilizations” that has helped underwrite support for enduring Western-led wars of aggression everywhere from Libya and Syria to Iraq and Afghanistan.

The West in general is a civilization that thrives primarily on dividing and conquering not only its enemies, but also its own populations.

It stands in stark contrast to China and its handling of extremism within its territory as well as China’s emphasis on national unity.

China also faces the threat of extremism. It also comes in the form of radicals sponsored by the US and its allies in pursuit of US foreign policy objectives. In China’s case, extremism primarily emanates from its western region of Xinjiang among violent Uyghur separatists – a minority within China’s wider Uyghur ethnic communities.

The goal of US-sponsored extremism in Xinjiang is to establish the territory as an independent “East Turkestan.” The term “East Turkestan” is even used on the US government’s National Endowment for Democracy (NED) website when describing US government-funded programs in the Xinjiang region. The webpage is literally titled, “XINJIANG / EAST TURKESTAN (CHINA) 2020,” with US-funded organizations like the “Uyghur Human Rights Project” and the “World Uyghur Congress” (both based in Washington D.C.) referring to Xinjiang as “East Turkestan” on  their “about us” webpages.

There was bloodshed in April 2013 and in June that year, 27 people died in Shanshan county after police opened fire on what state media described as a mob armed with knives attacking local government buildings.

The BBC went on to report:

Despite the obvious threat China faces within its borders from state-sponsored terrorism, its approach is entirely different from the West. It is an approach that has been thus far successful, yet criticized and misrepresented by Western governments and media alike.

Known extremists, like the recent New Zealand knife attack suspect, would – in China – be enrolled in education programs rather than allowed to roam freely in public. The individual would undergo an educational program meant to address extremist ideology and vocational training to provide them with better prospects when released. More dangerous suspects remain in these facilities until authorities are convinced they can rejoin society without posing a danger to themselves or others.

The West has depicted this process as “invasive surveillance,” “mass detentions,” and even “genocide,” without any sense of irony considering the West itself engages in massive surveillance of suspected extremists and the general public alike, without the actual benefit of protecting suspects or the public from inevitable violence. The West also detains suspected extremists as illustrated through the continued operation of the Guantanamo Bay detention camp at the US Guantanamo Bay Naval Base, Cuba.

Again, like the West’s “surveillance” of suspected extremists, detainees released from such camps often end up as accomplished terrorists rather than rejoining society in any conceivably constructive manner.

While New Zealand has in recent years attempted to rebalance its foreign policy to reflect the seismic shifts taking place as China rises, Russia reemerges, and the cracks begin to show across American primacy particularly in the Indo-Pacific region – its approach to extremism is an unfortunate holdover from its “Five Eyes” association that is still producing casualties and lingering as a threat over the heads of New Zealanders.

There are obvious issues with how China’s approach to extremism could be interpreted or implemented by a Western society like New Zealand especially in the current climate of disinformation surrounding China’s approach – but if New Zealand – or any other nation around the globe wants to solve an extremism problem – at least some pages from China’s playbook should be considered.

If surveilling and detaining suspected extremists is already happening across the West, why not also reform and release them when they are ready to constructively rejoin society? Why wait for them to carry out violence, endangering others and almost certainly sentencing themselves to death when armed “surveillance teams” intervene?

New Zealand “ISIS” Attack: How the West & China Differ When Dealing with Extremism

0 thoughts on “East vs. West: Two Approaches to Dealing with Extremism”