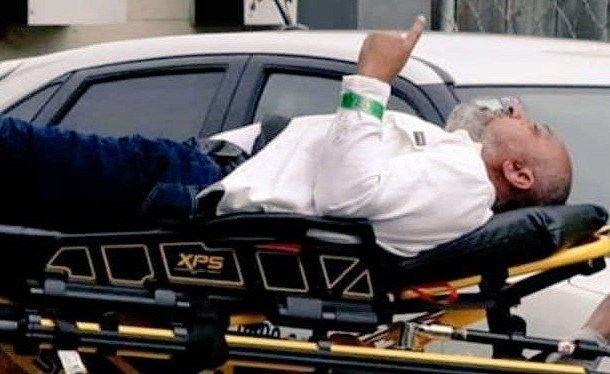 Three people are currently in custody in New Zealand for terrorist attacks on two mosques in Christchurch. As of this writing, 49 people are dead and 48 people are being treated for gunshot wounds. Explosives were found in two vehicles but none were detonated. It was the worst attack of its kind in New Zealand’s history.

One of the three individuals, a 28 year-old Australian man, live-streamed himself shooting mosque attendees and published a white nationalist manifesto explaining his motives. I don’t feel like linking to either of these things, the former because sharing it would be gross and the latter because the manifesto contains calls for further acts of terrorism and suggestions as to how they might be carried out, as well as instructions on how best to circulate white nationalist propaganda. It’s currently unclear to what extent the other two individuals were involved.

I’m not used to these things happening in my neck of the woods and I’m still a bit frazzled about it, but I’ve got a few thoughts on the matter that I may as well spit out even if they’re sloppy. Here they are in no particular order:

But it is also important to remember that the threat of domestic terrorism is used by the empire to justify taking away civil rights on the pretense of protecting the citizenry. Demanding the expanded use of that term is ultimately demanding more surveillance, torture, arbitrary detention, and the erosion of legal and constitutional protections for everyone. It’s important to be aware of the potential propagandistic leverage in the language and causes we advocate.

2 – There is definitely a correlation between war propaganda and mass murder. I can’t cite any studies for that claim because nobody’s doing them, but there is no way that being told mass murder is acceptable day in and day out by highly adept manipulators doesn’t make a civilian more prone to committing acts of mass murder. Australians always get sucked into the western empire’s wars, and thus receive the same kinds of war propaganda through our mass media. There’s only so far you can twist a mind into accepting the unacceptable before it breaks.

3 – Relatedly, Islamophobia has been exponentially inflamed by the mass media since 9/11 to justify the empire’s need to keep slaughtering human beings who happen to be walking around on top of oil and geostrategic locations. In his manifesto the attacker explicitly stated that he chose Muslims as the group of immigrants to target with his racist vendetta because “They are the most despised group of invaders in the West, attacking them receives the greatest level of support.” The reason Muslims are so despised is because the flames of Islamophobia have been fanned by propagandists who need us not to care about the cold-blooded murder of a million Iraqis.

4 – The Christchurch attack was evil and horrific. And, also, it was no more evil or horrific than the violence routinely inflicted upon Muslims in the Middle East by the US war machine.

5 – The manifesto was really dumb, with the final three-quarters containing nothing but sermonizing on the need to start killing brown-skinned people to ignite a western racial and ideological war which will balkanize into separate ethnostates. The guy babbled on and on about the need to protect “European” nations (which for him included majority-white nations like Australia and the USA) and “European” heritage, without ever touching on the fact that Europeans were all constantly killing each other until a few decades ago. They all hated each other, and in many cases still do, because nothing unites them besides the relative absence of melanin on their skin. They’re a bunch of completely different nations with completely different cultures.

6 – The following three beliefs about “white culture” are stupid: (1) that it exists, (2) that it is under attack, and (3) that it is worth saving. There is no such thing as “white culture”; the absence of melanin is not a culture. There is Irish culture, Italian culture, Spanish culture, German culture, but there is no “white culture”. I feel no special kinship with anyone who shares my skin pigmentation in the way that two Black Americans or Aboriginal tribesmen might, and neither does any other white person who hasn’t gone out of their way to make a moronic, artificial construct out of “white identity”. Two descendants of American slaves have a shared collective history and experience unifying them, two Australian Aboriginals have tribal culture and tradition, but two white people have nothing beyond “Yeah we both need to put on sun screen at the beach or we’ll get cancer.”

White culture isn’t a thing, and if it was it wouldn’t be anywhere remotely close to being under attack, and even if it were it wouldn’t be worth saving anyway. White people have succeeded in murdering, raping, pillaging and bulldozing their way across the planet, and now our entire species sits on the brink of extinction thanks to the “advancements” of white society. We’ve got nothing to be proud of and it would be fine if we faded softly into obscurity.

7 – The manifesto gripes about miscegenation (interracial reproduction) and dwindling birth rates constantly, which shows you why white supremacists are also reliably awful misogynists. The reason birth rates are down in the west is because that’s what happens when you give women money, education and legal equality. When women get those things, we tend to take full ownership of our reproductive systems, and guess what? We don’t feel like having ten kids anymore. High birth rates are the result of desperate, powerless, under-educated women being forced to pound out children at a high rate by men who regard them as property in a hyperpatriarchal society that doesn’t care how draining having a lot of kids is for a mother, and that’s what white supremacists want to see western women reduced to. The fact that they also want to stop us from having sex with brown-skinned men is just another symptom of this slaveowner mentality.

8 – One of the things which gives me hope for humanity is how when horrible things happen, most of us rally around and start helping each other. There’ve been some really beautiful stories about what (white) passers-by did to help the shooting victims, and watching the outpouring of love for New Zealand and the Muslim community from all around the world has been making me cry all day. Humans are so fucking gorgeous. I really hope we stick around.

0 thoughts on “Eight Thoughts On The Christchurch Attack”