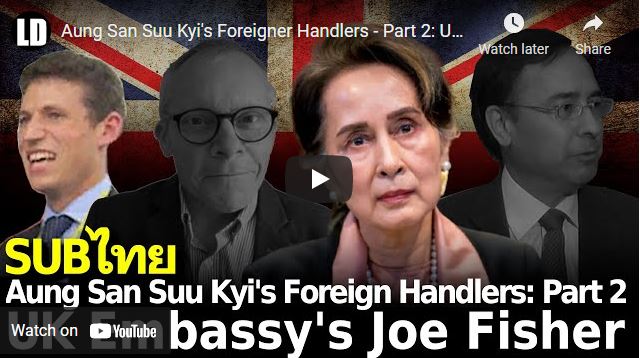 It is now revealed that Aung San Suu Kyi herself had multiple foreign “advisers” including one UK Foreign Office staff member who “advised” her while on “unpaid leave” from the Foreign Office.

This helps further explain the real reason Myanmar’s military felt it was necessary to remove Aung San Suu Kyi’s NLD government – not because it was “democratically elected” but because it was wholly a product of foreign interference and a direct threat to Myanmar’s sovereignty.

US Embassy in Burma – USAID Launches Programs Worth $72 Million to Strengthen Civil Society, the Media, and Local Communities:
https://mm.usembassy.gov/usaid-launches-programs-to-strengthen-civil-society-the-media-and-local-communities/