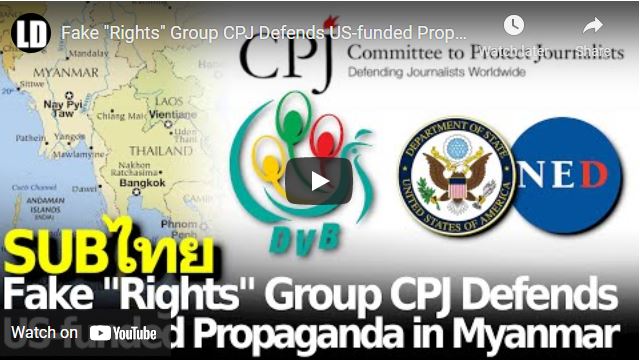 The Committee for the Protection of Journalists (CPJ) has recently “demanded” the Thai government not send back Myanmar citizens who illegally crossed over into Thailand and who worked for what they called the “independent” Democratic Voice of Burma media outlet.

Committee for the Protection of Journalists (CPJ) – CPJ calls on Thailand not to deport detained Democratic Voice of Burma reporters to Myanmar:
https://cpj.org/2021/05/cpj-calls-on-thailand-not-to-deport-detained-democratic-voice-of-burma-reporters-to-myanmar/

CPJ – Board of Directors:
https://cpj.org/about/board-of-directors/