HOME / WORLD / What’s The Future Of Afghanistan After Trump? 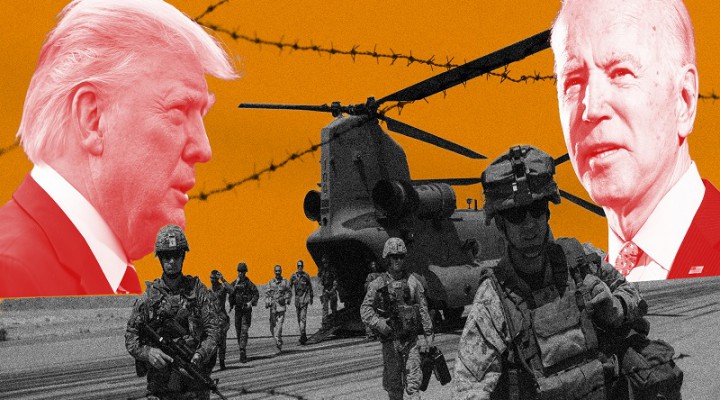 Russian Special Presidential Representative for Afghanistan Zamir Kabulov is fairly certain that President-Elect Biden won’t do much to turn the tide on outgoing President Trump’s drawdown from Afghanistan despite newly promulgated legislation hindering the prospect of further cuts, but he’s also concerned that US troops might be replaced by private military contractors in a scenario that he warned would be a mistake.

Many questions are swirling about President-Elect Biden’s foreign policy upon his impending inauguration next week, but one of the most relevant for all of Eurasia is what his stance will be towards the US’ seemingly never-ending War on Afghanistan. Russian Special Presidential Representative for Russian Special Presidential Representative for Afghanistan Zamir Kabulov is fairly certain that President-Elect Biden won’t do much to turn the tide on outgoing President Trump’s drawdown from Afghanistan despite newly promulgated legislation hindering the prospect of further cuts, but he’s also concerned that US troops might be replaced by private military contractors in a scenario that he warned would be a mistake. This is a pretty sound prediction which deserves to be elaborated upon more at length in order to better understand the logic behind it.

The US’ New Central Asian Strategy

The author explained last year how “The US’ Central Asian Strategy Isn’t Sinister, But That Doesn’t Mean That It’ll Succeed”. It was pointed out that Trump’s official vision for the region as articulated by his administration’s “Strategy For Central Asia 2019-2025” sharply contrasts the unstated one pursued by his predecessors. Instead of focusing on terrorist-driven divide-and-rule Hybrid Warfare, it concentrates mostly on peaceful regional connectivity in order to calmly expand American influence into the geostrategic Eurasian Heartland. The non-violent means that are to be relied upon to this soft power end should be commended, though one shouldn’t also preclude the possibility of some elements of the former informal strategies remaining in place, especially following Biden’s inauguration.

The Argument Against Another “Surge”

The former Vice President is bringing a bunch of Obama-era and -influenced officials (back) to the White House, hence why many feared that he might even seriously countenance repeating that administration’s infamous but ultimately failed “surge”. The geopolitical times have greatly changed since then, however, and there doesn’t seem to be any real interest in doing so under the current conditions. Not only is the planet reeling from what the author described as World War C — which refers to the full-spectrum paradigm-changing processes unleashed by the international community’s uncoordinated efforts to contain COVID-19 — but America is on the brink of launching a domestic version of its “War on Terror” in response to Capitol Hill’s storming last week and the US must also adapt to China’s growing leadership role in the world. These take precedence over the Taliban.

The author touched upon those last developments as well as the Biden Administration’s lack of trust in the Modi one in his analysis earlier this week for Pakistan’s Tribune Express about “The Three Factors That Will Shape The Future Of US-Pakistani Relations”. It was concluded that bilateral relations will improve as a result of these pressures, which in turn will further reduce the possibility of the US doubling down on its failed War on Afghanistan. The Taliban peace process, for as imperfect as it is, has veritably led to some noticeable results over the past year. Not only would it be a waste for Biden to scrap all of that just for the sake of spiting his predecessor, but it wouldn’t serve much of a grand strategic purpose anyhow considering the progress that’s being made on implementing the Trump Administration’s Central Asian strategy.

In fact, it’s in Central Asia where Trump and Biden have a unique confluence of interests. The former’s economic-driven policy of engagement dovetails well with the latter’s plans to assemble a so-called “Alliance of Democracies”. Both are non-military means for expanding influence and perfectly complement one another. While Biden will probably retain the US’ troop presence in Afghanistan or even slightly increase it for domestic political reasons should he find it convenient to do so, he’s unlikely to devote as much military time and effort to the conflict as Obama did for the earlier mentioned reasons. While the Central Asian Republics don’t practice Western forms of democracy, the US nevertheless subjectively regards them as being different in substance from Russia and China’s governing models, and thus comparatively more “legitimate” to partner with.

Even so, the US’ powerful military-industrial complex won’t take too kindly to its most direct interests being threatened in the region through the civilian government’s decision to keep troop levels at an all-time low. Bearing this in mind, it makes sense for Biden for execute the Trump Administration’s reported proposal to privatize the conflict through private military contractors (PMCs) as the latter are an important cutting-edge part of the military-industrial complex, albeit one which enables Washington to retain a degree of “plausible deniability”. Many former servicemen transition from the Armed Forces to PMCs upon their honorable discharge because it pays much better, thus making these entities practically one and the same except in the legal sense, with both fulfilling the important task of guarding Afghanistan’s $1 trillion in rare earth minerals.

Looking forward, Biden (or rather, the power structure behind him) might not make much political progress on resolving America’s War on Afghanistan, but he probably won’t make things much worse either. Rather, this “endless war” might continue to persist, but simply become more and more “forgettable” so to speak. Should he feel that it would be politically convenient to do so in the domestic sense, then he might either slightly raise the troop levels or publicly announce that some of the existing ones will be switch out for PMCs. His intelligence agencies will probably continue to foment low-intensity destabilization scenarios across the region, but likely won’t concentrate too much effort on this as the US’ grand strategic focus shifts elsewhere in light of the new domestic and international conditions in which the fading unipolar hegemon is forced to adapt.

0 thoughts on “What’s The Future Of Afghanistan After Trump?”