HOME / WORLD / What Kind Of Help Does Haiti Really Need? 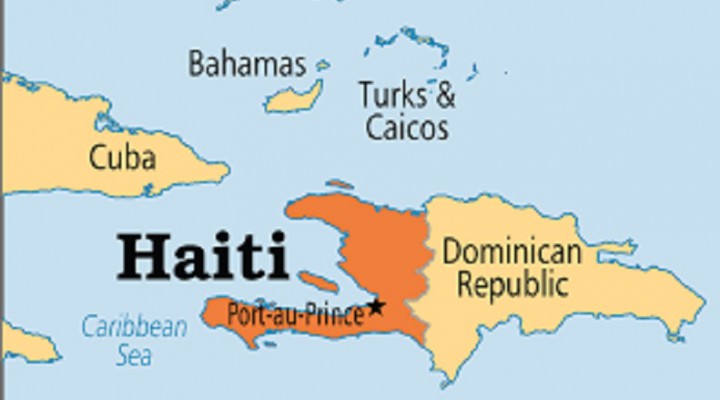 Recognizing Beijing as the legitimate government of a united China can unlock unparalleled developmental opportunities connected with the Belt & Road Initiative (BRI), which is emerging as among the most important centerpieces of the global economy, especially in the post-pandemic era.

The Caribbean nation of Haiti, the world’s first independent majority-black state but regrettably also the hemisphere’s poorest one nowadays, is in the midst of a major crisis. President Jovenel Moise was assassinated last week by what investigators currently believe was a mercenary hit squad from Latin America. He had previously plunged his nation into political turmoil even before his untimely demise by delaying elections under the pretext of the COVID-19 pandemic and subsequently ruling by decree.

The former leader also sought to hold a controversial constitutional referendum in September in parallel with the previously postponed elections that would strengthen the presidency’s powers if approved but which critics feared might have been exploited to prolong his rule. Acting president Claude Joseph, who’s also the Haitian Prime Minister, was selected by the Senate to lead the country at least until then. He said that the former president was tortured prior to being killed in the attack that also critically injured the late head of state’s wife.

Former first lady Martine Moise released an audio message on Twitter where she urged her compatriots not to lose their way and speculated that the attack was carried out in order to prevent a political transition later this year. The preceding months had witnessed an explosion of gang violence in the capital Port-au-Prince as well as the growth of a robust protest movement against former President Moise. Acting president Joseph said most of the assassinshaiti were either killed or caught, some in a Taiwanese compound, and imposed a 15-day state of siege.

He also requested US troops and UN peacekeepers to safeguard critical infrastructure during these uncertain times. The former infamously occupied Haiti under a similar pretext from 1915-1934 while the latter concluded its 15-year mission in 2019 that commenced after a violent regime change in 2004. There are credible fears of an impending humanitarian crisis that might also potentially cause a regional refugee one too. Even so, unnamed US senior officials were quoted by the media saying that they have no plans to intervene at this time.

Regardless of whether or not they and/or the UN ultimately get involved, however, security assistance by itself isn’t a panacea for Haiti’s multilayered structural challenges. It’s been attempted before but never resulted in any sustainable benefits. The country remains mired in abject poverty and is reportedly exploited by transnational corporations as well as so-called philanthropic organizations such as the Clinton Foundation according to conservative investigative journalist Peter Schweizer’s scandalous 2015 book “Clinton Cash”.

There’s no doubt that security is the immediate priority, but it’s destined to inevitably collapse once again with time and thus catalyze this seemingly never-ending cycle of instability if it’s not accompanied by credible investments in the country’s socio-economic infrastrucutre. Since Haiti is so poor, which many observers attribute to the lasting legacy of French imperialism as well as contemporary American neo-imperialism, it’ll require leading members of the international community to come together for this truly humanitarian cause.

The challenge, though, is that Haiti is squarely under the US’ hegemonic thumb. The country is one of the few in the world that doesn’t recognize Beijing as the legitimate government of a united China. This is undoubtedly due to American influence and thus limits bilateral relations with the People’s Republic. The Haitian people should hopefully realize that this has greatly hampered their future development prospects, especially after promised US aid never fully materialized over the past decade.

It’s therefore time for Haiti to reverse its China policy. The cliched saying that “insanity is doing the same thing over and over but expecting different results” is relevant with respect to Haiti’s refusal to recognize Beijing. Washington has a documented track record of failing to fulfill its socio-economic promises to Port-au-Prince. Upon stabilizing the security situation and following September’s planned elections, the new Haitian authorities must resist US pressure and recognize China’s legitimate government.

Doing so can unlock unparalleled developmental opportunities connected with the Belt & Road Initiative (BRI), which is emerging as among the most important centerpieces of the global economy, especially in the post-pandemic era. China’s BRI is responsible for remarkably improving the living standards of some of the most impoverished African countries, unlike US aid, so it has a credible track record of success that could be replicated in Haiti too. All that Haiti needs to do is recognize Beijing and its future can become much brighter.

0 thoughts on “What Kind Of Help Does Haiti Really Need?”