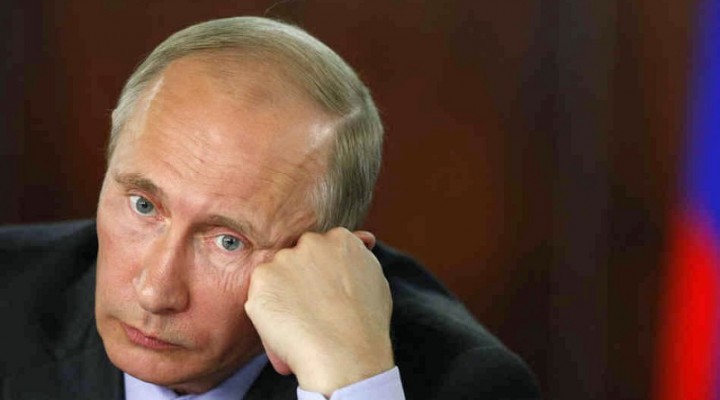 Exclusive– The US carried out five anti-Russian provocations in the span of a single week stretching from 14-21 December as it imposed CAATSA sanctions against Turkey in response to its purchase of the S-400s, dishonestly claimed that Russia rejected talks to extend the New START Treaty without mentioning the US’ unacceptable demands, accused Moscow of carrying out what might be the largest cyber spy operation in American history, closed down its Vladivostok consulate and suspended operations at the one in Yekaterinburg, and imposed sanctions against nearly four dozen Russian entities allegedly connected to their country’s military.

Russian-American relations continue to plummet in what might be the final month of Trump’s presidency in a manner eerily reminiscent of the way in which they nosedived during the last days of the Obama Administration exactly four years ago. Unlike then, however, the presumably incoming administration isn’t making any outreaches to Moscow to soothe tensions, both for ideological reasons related to the Biden team’s political Russophobia but also because former National Security Advisor Flynn’s efforts to do exactly that were exploited by his opponents to result in his political persecution. What’s most worrying about this latest round of spiraling relations is that Trump actually topped Obama by carrying out no less than five separate anti-Russian provocations in the span of a single week stretching from 14-21 December. Here’s what his administration has done, when they did it, and what it all means:

14 December: Imposing CAATSA Sanctions Against Turkey For Its S-400 Purchase

This dark week in Russian-American history started off with a bang after the Trump Administration finally pulled the trigger on the CAATSA sanctions that they’d been threatening Turkey with for the past few years since its purchase of Russia’s S-400s. The message that it sent was that other countries that are receptive to Russia’s “military diplomacy” risk facing America’s sanctions wrath unless they immediately return to their prior dependence on Western military imports. It’s currently unclear whether similar measures will be imposed against India for its exact same purchases, but the US has thus far been reluctant to do so due to its grand strategic interests in continuing their de-facto military alliance through the Quad in order to “contain” China.

US Special Envoy for Arms Control Marshall Billingslea tweeted that Russia “rejected all meetings” to discuss extending the New START Treaty before it expires in February in response to President Putin saying earlier that exact same day during his annual year-end press conference that Moscow is sincerely interested in this. What the American diplomat left out, however, is how unacceptable it is to Russia for the US to impose a strict verification compliance regime upon it in so short a time during the proposed one-year extension prior to negotiating a new pact. This resulted in the false impression that Russia would be to blame for any forthcoming nuclear arms race that might soon transpire even though such fault would be entirely America’s own.

Pompeo told popular conservative talk show host Mark Levin “that we can say pretty clearly that it was the Russians” who carried out what might end up being the largest cyber spy operation in American history. Although he was soon thereafter curiously contradicted by none other than his boss Trump on Twitter, the fact of the matter remains that it’s currently the official position of the US government that Russia is the country most likely responsible for this latest scandal. This opens up the possibility of the US responding either under the presumably outgoing or incoming administrations, which either way will likely lead to a further escalation of tensions between these rival Great Powers.

18 December: Closing One US Consulate In Russia And Suspending Another

That same day, the news broke that Pompeo ordered the US to close down its consulate in Vladivostok while also suspending operations at the one in Yekaterinburg. This mostly symbolic move is supposedly being undertaken in response to the restrictions that Russia imposed on American diplomats after the latter exploited the former’s as scapegoats during the height of the Russiagate hysteria. In reality, however, it’s intended not only to make life more difficult for the American expats living in far-flung corners of the world’s largest country, but is also meant to reduce people-to-people interactions between their two societies as a sign of just how terrible their relations have become.

The most recent, but probably not the last, of the US’ recent anti-Russian provocations was its sanctioning of nearly four dozen Russian entities for suspected ties to that country’s military. Some targets such as its Ministry of Defense and Foreign Intelligence Service are obviously connected to that structure, while others like some of the aircraft and other companies that were named don’t seem to have any obvious relations with it. In any case, the US is clearly tightening its anti-Russian sanctions regime on whatever pretext it can even semi-plausibly put forth, which will surely make cooperation much more difficult between those two countries’ respective agencies and companies.

Russian-American relations keep getting worse by the day after Washington’s recent week-long spree of anti-Russian provocations. There’s no telling whether this will be the end of it for now or if the US still intends to go even further, but the damage that it inflicted in the span of just seven days seriously harmed any prospects of a rapprochement between them anytime soon. There was never any serious optimism about bilateral relations under the presumably incoming Biden Administration, but few could have predicted that Trump would leave his potential successor with a legacy even worse than the one that he himself inherited four years ago. That just shows how much of a failure his intended “New Detente” with Russia ended up being for various reasons.