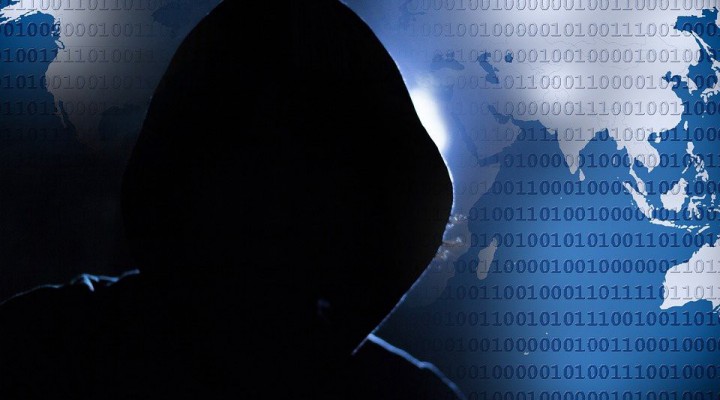 The Communist Party of China has been covertly sending arms to extremist Antifa militants in the United States in preparation for the civil war which is expected to take place after Joe Biden declares himself President for Life and institutes a Marxist dictatorship. The weapons shipments include rocket launchers, directed energy weapons, nunchucks and ninja throwing stars.

Unfortunately I cannot provide evidence for this shocking revelation as doing so would compromise my sources and methods, but trust me it’s definitely true and must be acted upon immediately. I recommend President Trump declare martial law without a moment’s hesitation and begin planning a military response to these Chinese aggressions.

How does this make you feel? Was your first impulse to begin scanning for evidence of the incendiary claim I made in my opening paragraph?

It would be perfectly reasonable if it was. I am after all some random person on the internet whom you have probably never met, and you’ve no reason to accept any bold claim I might make on blind faith. It would make sense for you to want to see some verification of my claim, and then dismiss my claim as baseless hogwash when I failed to provide that verification.

If you’re a more regular reader, it would have also been reasonable for you to guess that I was doing a bit. But imagine if I wasn’t? Imagine if I really was claiming that the Chinese government is arming Antifa ninja warriors to kill patriotic Americans in the coming Biden Wars. How crazy would you have to be to believe what I was saying without my providing hard, verifiable evidence for my claims?

Now imagine further that this is something I’ve made false claims about many times in the past. If every few years I make a new claim about some naughty government arming Antifa super soldiers in a great communist uprising, which turns out later to have been bogus.

Well you’d dismiss me as a crackpot, wouldn’t you? I wouldn’t blame you. That would be the only reasonable response to such a ridiculous spectacle.

And yet if I were an employee of a US government agency making unproven incendiary claims about a government that isn’t aligned with the US-centralized power alliance, the entire political/media class would be parroting what I said as though it’s an established fact. Even though US government agencies have an extensive and well-documented history of lying about such things.

Trump's former homeland security adviser: "The magnitude of this ongoing attack is hard to overstate…The Russians have had access to a number of important networks for 6 to 9 months…The access they now enjoy could be used for far more than spying." https://t.co/ACCPVvCNZ7

Today we’re all expected to be freaking out about Russia again because Russia hacked the United States again right before a new president took office again, so now it’s very important that we support new cold war escalations from both the outgoing president and the incoming president again. We’re not allowed to see the evidence that this actually happened again, but it’s of utmost importance that we trust and support new aggressions against Russia anyway. Again.

The New York Times has a viral op-ed going around titled “I Was the Homeland Security Adviser to Trump. We’re Being Hacked.” The article’s author Thomas P Bossert warns ominously that “the networks of the federal government and much of corporate America are compromised by a foreign nation” perpetrated by “the Russian intelligence agency known as the S.V.R., whose tradecraft is among the most advanced in the world.”

Rather than using its supreme tradecraft to interfere in the November election ensuring the victory of the president we’ve been told for years is a Russian asset by outlets like The New York Times, Bossert informs us that the SVR instead opted to hack a private American IT company called SolarWinds whose software is widely used by the US government.

“Unsuspecting customers then downloaded a corrupted version of the software, which included a hidden back door that gave hackers access to the victim’s network,” Bossert explains, saying that “The magnitude of this ongoing attack is hard to overstate.” Its magnitude is so great that Bossert says Trump must “severely punish the Russians” for perpetrating it, and cooperate with the incoming Biden team in helping to ensure that that punishment continues seamlessly between administrations.

The problem is that, as usual, we’ve been given exactly zero evidence for any of this. As Moon of Alabama explains, the only technical analysis we’ve seen of the alleged hack (courtesy of cybersecurity firm FireEye) makes no claim that Russia was responsible for it, yet the mass media are flagrantly asserting as objective, verified fact that Russia is behind this far-reaching intrusion into US government networks, citing only anonymous sources if they cite anything at all.

And of course where the media class goes so too does the barely-separate political class. Democratic Senator Dick Durbin told CNN in a recent interview that this invisible, completely unproven cyberattack constitutes “virtually a declaration of war by Russia on the United States.” Which is always soothing language to hear as the Russian government announces the development of new hypersonic missiles as part of a new nuclear arms race it attributes to US cold war escalations.

Journalist Glenn Greenwald is one of the few high-profile voices who’ve had the temerity to stick his head above the parapet and point out the fact that we have seen exactly zero evidence for these incendiary claims, for which he is of course currently being raked over the coals on Twitter.

“I know it doesn’t matter. I know it’s wrong to ask the question. I know asking the question raises grave doubts about one’s loyalties and patriotism,” Greenwald sarcastically tweeted. “But has there been any evidence publicly presented, let alone dispositive proof, that Russia is responsible for this hack?”

I know it doesn't matter. I know it's wrong to ask the question. I know asking the question raises grave doubts about one's loyalties and patriotism.

But has there been *any* evidence publicly presented, let alone dispositive proof, that Russia is responsible for this hack? https://t.co/nAugGeYDMh

“Perhaps they have information sources they can’t describe without compromising sources and methods?” chimed in Ars Technica’s Timothy B Lee in response to Greenwald’s query, a textbook reply from establishment narrative managers whenever anyone questions where the evidence is for any of these invisible attacks on US sovereignty.

“Of course they can’t show us the evidence!” proponents of establishment Russia hysteria always say. “They’d compromise their sources and methods if they did!”

Which always works out very nicely for the US spook agencies, I must say.

Secret, invisible evidence is not evidence. If the public cannot see the evidence behind the claims being made by the powerful, then those claims are unproven. It would never be acceptable for anyone in power to say “This important thing with potentially world-altering consequences definitely happened, but you’ll just have to trust us because the evidence is secret.” In a post-Iraq invasion world it is orders of magnitude more unacceptable, and should therefore be dismissed until hard, verifiable evidence is provided.

Isn’t it interesting how all the Pearl Harbors and 9/11s of our day are completely invisible to the public? We can’t see cyber-intrusions for ourselves like we could see fallen buildings and smoking naval bases; they’re entirely hidden from our view. Not only are they entirely hidden from our view, the evidence that they happened is kept secret from us as well. And the mass media just treat this as normal and fine. Government agencies with an extensive history of lying are allowed to make completely unsubstantiated and unverifiable claims about governments long targeted by those same government agencies, and the institutions responsible for informing the public about what’s going on in the world simply repeat it as fact.

These people have not earned our trust, they have earned our pointed and aggressive skepticism. We must act accordingly.

“Putin Hacked Our Coronavirus Vaccine” Is The Dumbest Story Yet

0 thoughts on “Secret, Invisible Evidence Of Russian Hacking Is Not Actually Evidence”