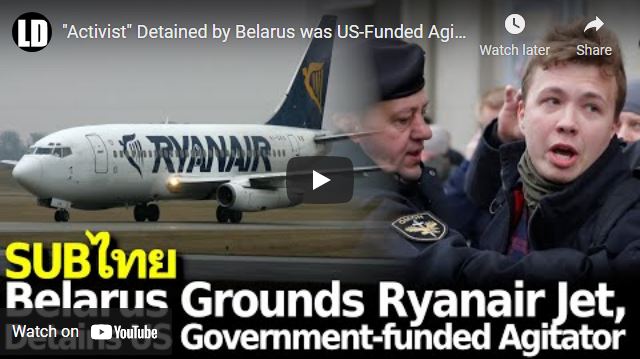 The West has condemned Belarus for diverting a commercial airliner under the pretense of a “bomb scare” and arresting a supposed “opposition” figure claimed to be a “journalist.”

Missing from the West’s narrative is that Roman Protasevich was being funded by the US government to carry out his “activism,” and was a “fellow” of a US government initiative involving the US State Department’s Radio Free Europe/Radio Liberty media front.

The Western media is also forgetting to remind the public that the EU and US did something similar in 2013, forcing the plane of Bolivian President Evo Morales to land in Austria to search for Edward Snowden.

0 thoughts on ““Activist” Detained by Belarus was US-Funded Agitator”