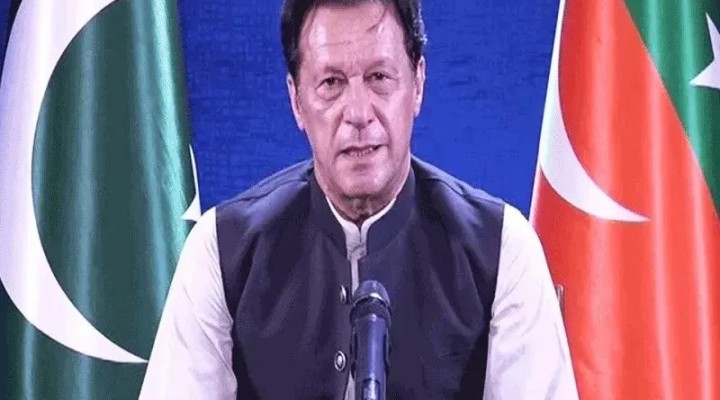 International observers can’t shape the course of events, nor should they since Pakistan is a sovereign state and no sincere patriot would support them doing so, but it’s important for them to be aware of the truth about what’s happening so that they don’t fall for the false information warfare narrative being peddled by that country’s American puppets attempting to blame former Prime Minister Khan and PTI for the latest spree of crises, especially TTP’s reported return to Swat.

Former Pakistani Prime Minister Imran Khan gave a very important video address on Wednesday that could greatly help international observers better understand what’s presently playing out in his country. He accused the post-modern coup authorities of hatching yet another conspiracy against him and his party, PTI, this time by trying to drive a wedge between them and the armed forces. His claims follow the arrest of Shahbaz Gill, one of his closest associates, on charges of sedition and inciting the public against state institutions for reminding members of the military that they shouldn’t obey illegal orders. The PTI chief made the point that the basis for Gill’s arrest is hypocritical since PMLN leaders have said much worse in the past, and on foreign media at that, yet weren’t ever arrested for their hateful attacks.

Those who only casually follow Pakistani affairs from afar might be under the impression that the former premier and his party are guilty of plotting a so-called “insurrection”, but a closer look at what’s unfolding in this South Asian state discredits that interpretation. What’s actually happening is that the US-backed post-modern coup authorities are attempting to appeal to their patron and its Western vassals by artificially manufacturing the perception that former Prime Minister Khan is following in former US President Donald Trump’s footsteps. This is being done in a desperate attempt to explain to the international community why they’re not holding free, fair, and early elections as soon as possible after PTI’s landslide in the Punjab by-elections late last month on PMLN’s own home turf.

If those who replaced the former premier truly didn’t have any ulterior motives and were sincere in solely trying to save the economy from crisis, then they’d have complied with the now-opposition’s demands to let the people decide who’ll lead them after a spree of recent events. PMLN’s brief return to power saw the economy collapse, former Prime Minister Khan inspired the largest peaceful rallies in the country’s history, PMLN lost control of Punjab, and America scandalously assassinated the Al Qaeda chief in neighboring Afghanistan in an attack that many reasonably speculated was at the very least “passively facilitated” by Chief Of Army Staff (COAS) Qamar Javed Bajwa allowing the US to use Pakistani airspace for carrying it out.

Instead of resorting to democratic means for resolving the country’s political crisis, the post-modern coup authorities doubled down on their dictatorship, which has proven counterproductive every step of the way as evidenced by the people punishing them at the polls during the Punjab by-elections. They also just censored ARY News on a similar pretext as the one that they relied upon for arresting Gill. Coupled with what many local experts have decried as the Election Commission of Pakistan’s (ECP) completely flawed and obviously politicized “foreign financing” ruling against PTI, which former Prime Minister Khan also condemned in his latest video address as being part of the conspiracy against him, it’s clear that post-modern coup authorities’ shadowy patrons are plotting to ban Pakistan’s top party.

An artificially manufactured national security pretext is being concocted for two reasons, the first of which was earlier touched upon with respect to misleading the West into thinking that the former premier is trying to follow in Trump’s footsteps and thus mustn’t ever be allowed to participate in the political process ever again, while the second will now be explained. The Pakistani people passionately support their armed forces, which have preserved their country’s existence for decades in the face of regional threats. Nevertheless, the post-modern coup that the most elite members of this institution are suspected of at the very least “passively facilitating” by infamously remaining “neutral” despite former Prime Minister Khan’s compelling claims of a foreign conspiracy caused a lot of confusion across society.

The perception among many is that rogue individuals at the leadership level went against the people’s will by not delaying the no-confidence motion against him in order to comprehensively investigate his accusations, which in turn enabled the US-orchestrated but domestically driven regime change to succeed. Those who ascribe to this interpretation of events also very strongly believe that it went against their country’s objective national interests, especially after the economy crashed, those who replaced former Prime Minister Khan resorted to extreme force against mostly peaceful protesters during his Long March in late May, and the US just carried out a drone strike in Afghanistan via what many are certain was Pakistani airspace. All of this, according to them, is destabilizing their country.

Having said that, nobody should think for a second that those who share these critical views have anything but the greatest love for their highly respected armed forces. They proudly stand in solidarity with this institution and those who comprise it, which is precisely why they’re so concerned that some rogue individuals risk discrediting it according to their interpretation of events that was explained above. Far from being “traitors” and wannabe “insurrectionists”, these Pakistanis are fierce patriots who love their country and its institutions with all their hearts. To accuse them of “sedition” and plotting to follow in Trump’s January 6th footsteps (interpretations of which vary though that’s beyond the scope of the present piece) is objectively absurd and designed solely to provoke people at home and abroad.

On the domestic front, this amounts to an information warfare campaign waged against the Pakistani people by PMLN and those rogue individuals who are behind, which thus makes it an example of Hybrid Warfare/Fifth Generational Warfare (5GW) being waged by the state against its own citizens instead of being waged by its geopolitical opponents like the population was previously preconditioned to expect. In terms of the international level, this dramatic, needless, and unprovoked escalation of the country’s political crisis is nothing but a desperate attempt to convince the US and its vassals that the post-modern coup authorities can intimidate the population into submission, thus ensuring stability without having to risk being democratically deposed like many expect would happen if early elections were held.

The unrest brought about by their thuggish tactics to cling to power against the people’s will is also having very profound implications for Pakistan’s security according to recent reports. The terrorist-designated TTP (“Pakistani Taliban”) with whom officials are presently negotiating has allegedly returned to Swat. This development comes despite one of the group’s senior founding leaders recently being killed by an IED in neighboring Afghanistan. Social media accounts considered to be supportive of PMLN, if not outright controlled by them (some of which are suspected of being bots/sock puppets), have blamed PTI’s regional leadership of Khyber Pakhtunkhwa Province for this even though they’re only a political party and this is clearly an emerging security crisis beyond their writ.

From an outsider’s perspective, it appears as though the post-modern coup authorities’ witch hunt against PTI members and their supporters has resulted in the security services being distracted from terrorist-driven Hybrid Warfare/5GW threats since they can’t keep tabs on everything at once. As such, this unintended consequence of the country’s latest regime change could frighteningly become the worst of them yet, risking the rollback of years’ worth of progress on disarmament, demobilization, and reintegration (DDR) in this previously unstable border region that’s of major importance for Pakistan’s objective national security interests. Instead of investigating why this has happened and hunting TTP down, the post-modern coup authorities would rather direct the state against PTI and its supporters.

International observers must urgently become aware of this reality since the terrorist-driven destabilization of the Pakistani frontier by TTP is a direct result of the unpopular imported government desperately trying to cling to power instead of democratically resolving the political crisis caused by the US-orchestrated but domestically driven regime change against former Prime Minister Khan. It’s not the ousted premier, his party, and their supporters – all of whom have an impeccable track record of patriotism and peaceful protest – who pose a threat to national security, but those same political placeholders who replaced them and their rogue shadowy patrons whose crazed witch hunt has led to the security services losing control of part of the country.

The only solution is free, fair, and early elections as soon as possible after the post-modern coup authorities lost all their legitimacy following the sequence of events that was earlier described in this analysis, especially the latest startling development of the TTP returning to Swat amidst the political crisis that was catalyzed by the US-backed regime change over the past five months. International observers can’t shape the course of events, nor should they since Pakistan is a sovereign state and no sincere patriot would support them doing so, but it’s important for them to be aware of the truth about what’s happening so that they don’t fall for the false information warfare narrative being peddled by that country’s American puppets attempting to blame former Prime Minister Khan and PTI for all of this.