HOME / Multimedia / Why So Many Pakistanis Believe the US Backed a Coup Against Imran Khan, w/ Azhar Imran 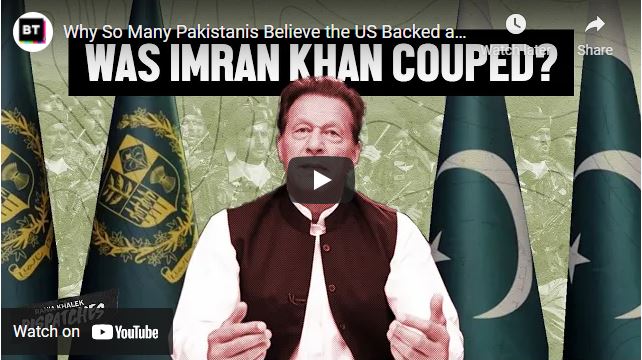 Whether or not there was a U.S.-backed coup against Pakistan’s deposed leader Imran Khan is a point of great debate. On a recent episode of Dispatches, Rania Khalek spoke with Pakistani professor Taimur Rahman, who argued that it was not a coup:

But judging by the crowds in the street, many Pakistanis believe that there was in fact a coup and that the US played a major role. To understand why so many Pakistanis are demonstrating in support of Imran Khan, Rania Khalek was joined by Azhar Imran, a lecturer of political science at Punjab University.

Pakistan: the US gets its revenge

0 thoughts on “Why So Many Pakistanis Believe the US Backed a Coup Against Imran Khan, w/ Azhar Imran”