HOME / WORLD / Pakistan: What Lies Ahead? 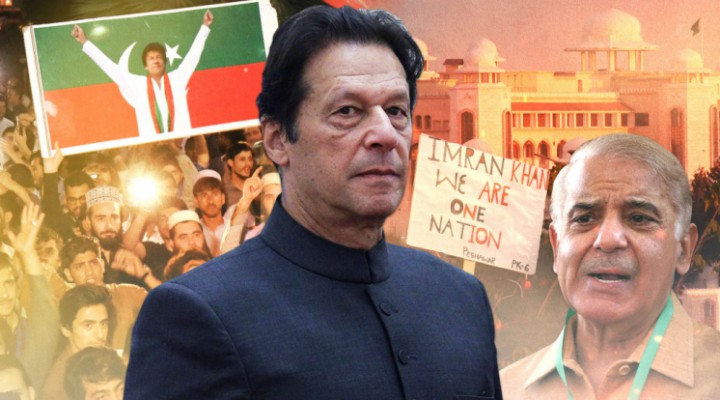 On April 9, 2022, the majority of Pakistan’s National Assembly voted to dismiss Prime Minister Imran Khan. Although the upper house of parliament had previously been dissolved by President Arif Alvi, the Supreme Court deemed the action unconstitutional, allowing parliamentarians to reconvene for a vote of no confidence. Following the prime minister’s resignation, the country’s attorney general, Khalid Javed Khan, resigned.

The opposition cheered, while Imran Khan’s supporters took to the streets of Islamabad, Lahore, Karachi, Peshawar and other major cities. Imran Khan pledged to launch a fight against the coup organized by foreign powers. Armed forces and police were put on high alert, security measures were tightened and airport controllers were instructed not to let officials and politicians leave the country without proper clearance.

On April 10, during a meeting of the National Assembly, the opposition nominated Shahbaz Sharif as the new head of government. Another nominee to head the government from the Justice Movement party was former Foreign Minister Shah Mahmoud Qureishi. Voting took place in the National Assembly on April 11. However, the Justice Movement party boycotted the choice of Prime Minister. Nevertheless, it won the necessary quorum. This procedure cancels the previously announced snap elections and they will now take place on schedule in 2023.

For a complete picture of the political scenario, further explanation is needed.

The leader of the Muslim League-N, Nawaz Sharif and his daughter Maryam were convicted of corruption under Imran Khan, who was particularly zealous in fighting bribery, cronyism and other manifestations of political corruption (although Nawaz Sharif had resigned earlier for this reason, which led to a snap election in which Khan’s Justice Movement party won). While already convicted and serving his sentence (seven years in prison and a large fine) Nawaz Sharif was allowed to go to London for treatment, but he never returned to Pakistan to continue serving his sentence. He himself, like his relatives, represents a large oligarchic clan in the Punjab, which led some media to say that Nawaz’s brother Shahbaz Sharif would become the new prime minister. Like his brother, Shahbaz Sharif has a criminal past and has been under investigation for construction contract corruption and money laundering since 2018.

The money of this clan is held in Britain. Interestingly, one of Imran Khan’s initiatives was an attempt to return the exported funds to Pakistan. An amnesty was even declared, though few of the wealthy demonstrated a spirit of patriotism. And when EU ambassadors tried to press Imran Khan to condemn Russia’s actions, Prime Minister Shahbaz Sharif’s emotional rejection was called an insult, worsening relations with Europe, and therefore, he was allegedly told to resign.

Another major opposition force, the People’s Party of Pakistan, which has its base electorate in Sindh, also initially opposed Iran Khan’s reforms and criticized his activities in every possible way. The former president and co-chairman of the party, Asif Ali Zardari, also represents the oligarchy, was accused of corruption in 1990 and spent two years in prison. He studied in Britain and his funds are also in Britain. In addition to corruption, he has been accused of drug trafficking and has mental problems.

The late Benazir Bhutto, his wife and the first female head of state, was actively engaged with the US, and opposed General Musharraf’s power. It was through her that the ideas of undermining the Pakistani military establishment were transmitted and the White House adopted this as it began to put pressure on Islamabad to hold democratic elections.

There were rumors that Bilawal Bhutto-Zardari (son of the late Benazir Bhutto and Zardari) may take over as foreign minister in the new government. Given the party’s family-clan continuity, this is quite possible, despite his young age (33). In the meantime, he has stated that such a decision would only be made by his party. But later this information was confirmed.

As for assessments about the reasons for the intervention, these are often stated as the independent position of Imran Khan, as well as ties with China and Russia. Indeed, Imran Khan has shown himself to be an outstanding figure, who immediately after coming to power said that Pakistan would not be a bargaining chip in the games of other countries and would not support the West in their regional wars. He refused to condemn Russia’s actions and was in Moscow on an official visit when the special operation in Ukraine began. But it cannot be said that he took a pro-Russian stance. Of course, under him the issue of Pakistan’s debt, which had been “hanging” since Soviet times and prevented our countries from intensifying trade and economic cooperation, was resolved. The end of this issue allowed the Russian side to enter the Pakistan Stream gas pipeline project, although with certain restrictions due to sanctions. Pakistan, on the other hand, has increased its purchases of grain from Russia and plans to increase the volume in 2022.

As for China, cooperation between the two countries began to strengthen in the early 1970s. It was Pakistan that acted as an intermediary between China and the United States, which led to a visit to Beijing by President Richard Nixon in 1972 and the beginning of active cooperation between the former enemies (Washington set the task of severing China from the influence of the USSR, which in fact, was accomplished). Then China became not only a political partner of Pakistan, but also an economic donor, having financed the key project of its Belt and Road initiative, the China-Pakistan Economic Corridor, which includes Beijing’s management of the deep-water port of Gwadar. Dependence on China is quite extensive. Therefore, it is unlikely that the future government will deteriorate relations with its key donor. As governor of Punjab, Shahbaz Sharif made deals directly with China, which enabled the launch of major infrastructure projects, avoiding political clamor. Therefore, for Beijing, his candidacy would be quite acceptable. The Chinese embassy in Pakistan has officially stated that regardless of who is in power, relations between the two countries will remain friendly.

An important issue remains the settlement in Afghanistan. Imran Khan has made significant progress in the integration of Pashtuns in the northwestern border areas, which under him were renamed Khyber Pakhtunkhwa. For the same reason, the Taliban (banned in Russia), whose core is made up of Pashtuns, caused some anxiety in Islamabad, which stimulated a series of negotiations and necessary agreements. But it should be borne in mind that the US has almost openly accused Imran Khan’s government of helping the Taliban, which led to the fall of Kabul and the shameful flight of the US military from Afghanistan. According to the American side, Qatar played a good mediating role for them, so they will not need Pakistan’s services. Against the background of frozen assets in Afghanistan and the refusal of the U.S. to continue funding the assistance program to Pakistan, we can assume that Washington will now act with a stick rather than a carrot toward Islamabad.

In general, the current political crisis does hurt Pakistan first and foremost.

The governors of Punjab, Sindh and Khyber Pakhtunkhwa are likely to resign. Another division of portfolios will lead to a review of current projects and initiatives (for example, Imran Khan has been a strong supporter of environmental initiatives and social programs). The choice of Shahbaz Sharif as prime minister indicates the victory of an oligarchy with foreign ties. Surely his brother Nawaz will be able to return to the country and the charges against him will be dropped, which will raise questions about whose side the law is on in this country.

A columnist for a major Pakistani newspaper, in an article entitled “Masochism as Policy,” seeking to capture the specifics of the currents set in motion, writes that “”Today, we fantasise about who can drop the biggest ‘surprise’, when to further bamboozle our opponents, how next to sacrifice the rule of law at the altar of our own egos.”

There is one “but.” The main political force in Pakistan, despite the facade of democracy, is the military. It is from them that Imran Khan received support in the 2018 elections. It is possible that the military’s tacit approval of Shahbaz Sharif’s candidacy is due to the fact that they have a file on him, so he will not make drastic moves that could harm their interests.

After all, the word “crisis” of Greek origin also reflects the current situation well—it is a fracture or a phase of transition. Pakistan can either choose sovereignty and multipolarity, as it did under Imran Khan, or it can return to being a satellite of Western powers.

Pakistan: the US gets its revenge

0 thoughts on “Pakistan: What Lies Ahead?”