How Promising Are Russian-Thai Trade Ties? 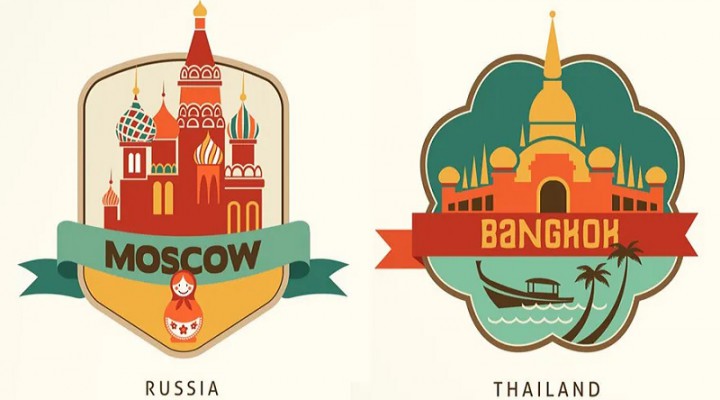 All told, while Russian-Thai trade ties are promising, they’re definitely not game-changing for either party. Rather, they’re mutually beneficial steps in the direction of their shared multipolar goals.

RT published a piece on the front page of their website on Sunday headlined “Russia hopes for trade boom with South Asian state thanks to Western sanctions”. It reported on the comments made by Russian Economy Minister Maxim Reshetnikov during Saturday’s meeting with his peers from the Asia-Pacific Economic Cooperation (APEC) in Bangkok. Although a concluding statement wasn’t adopted, he still described the talks as a success. In particular, he praised the conversation that he had with his host’s counterpart on taking advantage of the unprecedented US-led Western sanctions that were imposed in response to Russia’s ongoing special military operation in Ukraine.

According to Reshetnikov, they can boost trade in “fuel and energy, oil, oil products, gas and fertilizers, as well as food and engineering products” in order to reach their goal of $10 billion in yearly trade from the current $2.8 billion from 2021. Separately, Thai Commerce Minister Jurin Laksanawisit was reported by his country’s media to have agreed to this. He also added that the upcoming fifth meeting of the Thailand-Russia trade and economic cooperation subcommittee will add details to their ambitious plans. These also include Thailand clinching a free trade agreement with the Russian-led Eurasian Economic Union (EAEU), introducing the Mir payment system for Russian tourists, and facilitating direct flights.

Given the attention that Reshetnikov’s praise of future Russian-Thai trade ties received as evidenced by RT’s front-page article about it, observers can conclude that Moscow considers this to be a very promising opportunity. There are a few more layers to this than just the economic one, too. First and foremost, there’s the connectivity angle that deserves to be touched upon a bit since it’s obviously of interest how trade will financially and physically be conducted. Just like Russia is seeking to do with India, so too might it work on pioneering alternative financial channels (most likely in national currencies) with Thailand in order to evade the US-led West’s “secondary sanctions” threats.

On the physical front, there are pretty much three ways to carry out trade: through the Black Sea; across the North-South Transport Corridor (NSTC) in Iran; and via Vladivostok. The first-mentioned, which is presumably how the bulk of Russia’s real-sector trade with the Global South was carried out prior to the onset of the Ukrainian Conflict, has already seen insurance costs skyrocket so it might not remain viable for the short or even medium terms. Meanwhile, infrastructure around Vladivostok isn’t as developed as Russia had initially expected it to be by this time when launching its annual Eastern Economic Forum (EEF) in 2015. This leaves the uncompleted but still active NSTC as the most likely corridor to Russia.

After all, its not without reason that Russian Transportation Minister Valery Savalyev said on Saturday – coincidentally the same day as the APEC Economic Ministers’ meeting – that all of his country’s international logistics corridors except for that one are “practically broken” right now. The increased use of the NSTC will necessitate expedited investments and work to expand its capabilities in order for it to reach its full potential as soon as possible. That said, there might also be some reluctance among the Thais to use it all that much for the time being until the US lifts its unilateral sanctions on the Islamic Republic pending a renegotiated nuclear deal, though creative workarounds can always be explored.

In any case, the mutual will is present on both sides to at the very least make progress on continuing to grow their yearly trade figures even if they don’t reach $10 billion anytime soon and irrespective of which physical corridors they rely upon in pursuit of this. That in turn speaks to Thailand’s pragmatism at this crucial phase of the global systemic transition to multipolarity. Despite being a US treaty ally since 1954 and officially one of America’s “Major Non-NATO Allies” since 2003, Bangkok under General-turned-Prime-Minister Prayut Chan-o-Cha’s leadership has pursued a balanced foreign policy aimed at achieving strategic autonomy through equidistance between America and China.

Cultivating ties with non-traditional partners like Russia, which is importantly one of those Great Powers that’s actively shaping the emerging Multipolar World Order, is intended to prevent Thailand from becoming an object of competition between those two superpowers in the present bi-multipolar intermediary phase of the global systemic transition. It’s difficult to move forward in this direction given substantial US pressure on the economic and financial fronts, but the progress that’s already been made and has since been retained in spite of that is impressive when considering those obstacles. This adds further credence to Thailand’s multipolar geostrategic intentions.

All told, while Russian-Thai trade ties are promising, they’re definitely not game-changing for either party. Rather, they’re mutually beneficial steps in the direction of their shared multipolar goals. Each country could also in theory serve as the other’s springboard for strengthening their trade relations with the other’s home region: Russia’s Eurasia and Thailand’s ASEAN. That, however, would still take a lot of time to realistically develop since there presently exist financial and physical obstacles that hinder their bilateral trade. Nevertheless, it’s still worthwhile keeping a casual eye on this and checking for updates after their upcoming trade and economic cooperation subcommittee meeting later this year.

As Thailand Attempts to Clean Up Foreign-Funded NGOs, US Interests Kick & Scream

US Government Covers Up Sedition in Thailand

US-backed Thai Agitators to Fight Alongside Nazis in Ukraine

0 thoughts on “How Promising Are Russian-Thai Trade Ties?”