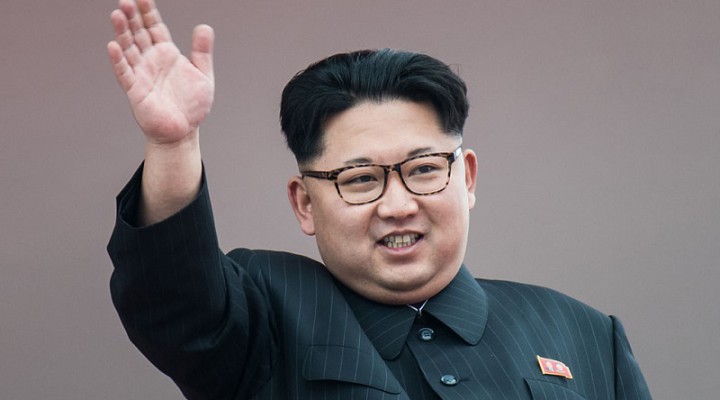 CNN’s report from a single unnamed US government source that the North Korean leader “is in grave danger after undergoing a previous surgery” isn’t all that credible, but the very fact that it’s being pushed so strongly at this particular moment says a lot about the intentions of the network’s “deep state” patrons.

The Root Of The Rumor

Speculation is swirling all across the world about the possibility of an unexpected regime change in North Korea following CNN’s report from a single unnamed US government source that Kim Jong-Un “is in grave danger after undergoing a previous surgery”, with some outlets even going as far as to predict that his sister Kim Yo-Jong might soon take his place. China and South Korea played down the reports about his supposedly serious health crisis, but questions still remain about why hasn’t been seen in public for over 10 days after failing to appear at a celebration commemorating his grandfather’s birthday on 15 April (his last public appearance was several days prior to that). CNN’s original report also said that “A second source familiar with the intelligence told CNN that the US has been closely monitoring reports on Kim’s health”, though that doesn’t in and of itself mean that his life is in danger, just that someone allegedly confirmed that the US intelligence community is performing one of its most basic duties monitoring reports about the health of a rival leader.

Is The “Broken Clock” Right?

Considering what’s factually known thus far, it’s obvious that something is amiss since Kim Jong-Un wouldn’t otherwise have missed his grandfather’s birthday celebration, though it’s unclear exactly what’s wrong. More than likely, it’s probably because of some health issue, but nobody knows for sure whether it’s serious or not. Still, news about North Korea almost always succeeds in capturing international media headlines, and the very fact that CNN of all places was the first to report that he’s “in grave danger” is enough to be suspicious of its veracity. It might very well be the case that “a broken clock is right twice a day” and that CNN’s report turns out to be credible, but it could also turn out that it isn’t and that the network’s patrons in the permanent military, intelligence, and diplomatic bureaucracy (“deep state”) have ulterior motives for “leaking” this story to the press.

First off, it’s noteworthy that the alleged source (if they even exist) reached out to CNN instead of any Trump-friendly outlet. This suggests that their motives are either to improve the network’s credibility amid the President’s regular claims that they’re fake news (provided that the report is vindicated) and/or undermine his unprecedented policy of engagement towards North Korea. About the first-mentioned explanation, it makes sense from a soft power standpoint for CNN to occasionally release “real news” so that it improves the odds of its target audience believing the plethora of fake news that it usually produces. Since many observers were already wondering why Kim Jong-Un didn’t attend his grandfather’s birthday celebration, it’s plausible that some health problem or another is responsible, which lends some credibility to CNN’s report that it might be even be a serious one (which can’t ever be known for sure unless he actually steps down or passes away).

Concerning the second explanation, it possibly consists of two parts — complicating Trump’s personal relationship with Kim Jong-Un and/or pressuring the President to concede to South Korea’s proposed defense payment to the US. On the one hand, the American leader has excellent relations with his North Korean counterpart, but on the other, they’re very fragile and are opposed by some members of their “deep states”. This means that the mostly symbolic progress that’s been made thus far on North Korea’s denuclearization commitment might be reversed if Trump makes an “undiplomatic” remark about Kim Jong-Un’s health and personally offends him, though he wisely avoided doing so yesterday in response to a question about that topic. Had he reacted differently, then that would have played into the hands of Trump’s Democrat-aligned (and naturally, CNN-aligned) “deep state” foes who are against his peaceful policy of avoiding war with North Korea.

The Art Of The Deal

As for the second part of the explanation, Trump recently revealed that he rejected the sum that South Korea offered to pay in response to his earlier demand that it compensate his country more handsomely for its military services, which Reuters reported would have been an increase of 13%. The President is trying to press all of his county’s traditional partners for more advantageous deals that he believes more fairly share the burden of America’s responsibilities to them under its envisaged world order, which has been met with sharp criticism from the mostly liberal-globalist international elite and their domestic allies in America (i.e. the Democrats, their affiliated media, and the “deep state” faction that patronizes them both). In the event that there’s some credibility to CNN’s report about a looming leadership crisis in North Korea that could potentially make the country even more unpredictable than before, then Trump might be compelled to “settle for less” and give in to whatever Seoul is proposing in the interests of “national security”.

It’ll of course remain to be seen what — if anything — happens in North Korea in the coming weeks, but it’s nevertheless worthwhile to wonder what might be going on behind the scenes with America’s “deep state” to motivate one of its representatives to “leak” a story to CNN about Kim Jong-Un’s health at this particular moment in time. As was mentioned at the beginning of the analysis, there’s some plausibility to the speculation that he’s either ill or recovering from some kind of surgery, even if the latter isn’t anything serious but might make him look “undignified” in public should he make an appearance (which would be taboo to do in that case given the country’s political culture). Still, history shows that most news about North Korea is either entirely fake or highly exaggerated, with very little of it ever being proven true, especially if it comes from CNN. Everyone would certainly be surprised if the report in question turns out to be credible should he step down or pass away, but the odds of either of those two scenarios unfolding anytime soon are extremely low.

Media: Zombie Sightings, Like Unicorns, Are a Frequent Occurrence in North Korea