HOME / WORLD / Dead Men Tell No Tales: Why Kiev Bombed Its Own Imprisoned Soldiers In Donbass

Dead Men Tell No Tales: Why Kiev Bombed Its Own Imprisoned Soldiers In Donbass 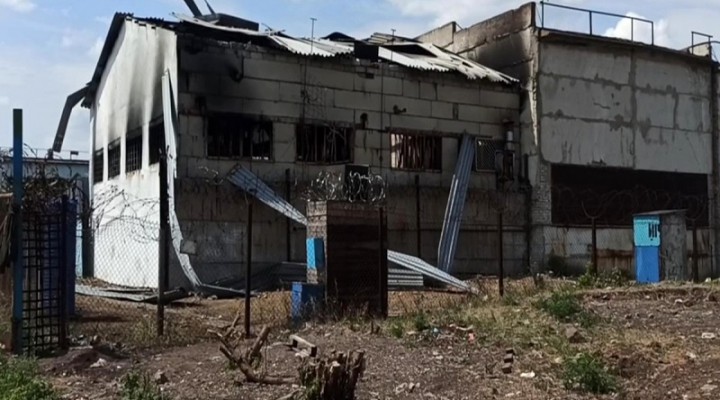 It certainly seems to be the case that Kiev panicked that its imprisoned soldiers would soon spill the beans about the wide range of war crimes they’ve been accused of committing and therefore decided to kill them with HIMARS before they could talk.

Friday morning’s shelling of a detention center in Donbass killed at least 50 people and injured an estimated 75. Russia and the Donetsk People’s Republic (DPR) both accused Kiev of carrying out this war crime against their own imprisoned soldiers that were being held there, while that former Soviet Republic ridiculously alleged that its opponents bombed themselves. Objectively speaking, the first-mentioned’s interpretation of the incident is much more realistic than the second’s.

To explain, there’s a certain logic inherent in Kiev using US-supplied HIMARS to kill its imprisoned soldiers – including those who were captured during Azovstal’s surrender – so that they don’t spill the beans about their war crimes. It wants to silence its militants at all costs so that they don’t provide evidence that can be used against Kiev in the court of law or at the very least give Moscow a so-called “propaganda victory”. As they say, dead men tell no tales.

On the other hand, this US-led NATO proxy’s claims don’t hold up to scrutiny. Russia and/or the DPR could have just quietly killed those imprisoned soldiers if they really wanted to cover up torture like Kiev speculated. Furthermore, those people were prized assets in proving that their opponents aren’t the innocent angels that they present themselves as. It doesn’t make sense to kill them off, let alone by bombing themselves in such a dramatic way that adds to the infamy of that US-supplied missile system.

The reader should also be aware that Russia and the DPR claim to have found wreckage of some HIMARS missiles at the site of the incident, which adds further credence to their claim Kiev was responsible for the strike. It also doesn’t help that former Soviet Republic’s cause any that a senior American defense official already started making excuses for his country’s proxy during a press conference on Friday when preemptively arguing that Kiev “didn’t mean to do that”.

The exact quote from the Department of Defense’s official website reads as follows: “Here’s the last thing I’d say, if it happened to be a Ukrainian strike, I promise you, number one, they didn’t mean to do that, right? They certainly care about their own people and they care about the civilians and military in uniform of their own army.” It’s not very convincing when the same institution responsible for spewing countless lies over the years starts covering up for its partner ahead of time by alleging an accident.

That in and of itself suggests that American intelligence is likely very well aware of the high probability that Kiev used the HIMARS to kill its own imprisoned soldiers so that they wouldn’t share evidence of the war crimes they were tasked with committing in Mariupol and elsewhere. There’s no other logical explanation for why the Department of Defense would behave so suspiciously if they were supremely confident in their proxy’s innocence like they’re attempting to make it seem.

Additionally, a senior Ukrainian official told Newsweek just the other day that his side was “shooting blind” because they “do not have the technology to find and correct targets for artillery strikes.” He later clarified that “his comment was intended to highlight the necessity of Ukraine’s Western partners continuing to provide a full complement of military equipment, and not that Ukraine was improperly identifying or striking its targets”, but it still raised eyebrows in light of what happened days later.

This slip of the tongue might have been intentional in hindsight, the purpose being to preemptively manufacture a cover-up in the event that evidence was discovered (as it later was) implicating Kiev in the strike that it carried out a couple days afterwards. This also explains why the US defense official started speculating that Kiev’s complicity in the attack could simply have been an accident. They’d rather make the HIMARS look bad in a couple headlines than take responsibility for what just occurred.

That’s unrealistic though since the HIMARS are praised for their accuracy so there’s no reason to believe that the strike was anything other than intentional. Nevertheless, this excuse might be sufficient enough to distract the Western public if Russia succeeds in convincingly making its case that Kiev was responsible. The US can just point to that senior Ukrainian official’s claim in his Newsweek interview and blame improperly trained troops for “accidentally” bombing their own imprisoned soldiers.

Despite that explanation going against everything that the US-led Western Mainstream Media (MSM) hitherto claimed about the HIMARS’ accuracy, it’s still much more believable that Kiev’s conspiracy theory. After all, there’s no coherent explanation for why Russia and the DPR would bomb themselves to cover up alleged torture when they could very easily just silently do away with the supposed witnesses without drawing global media attention to that facility.

Returning back to the incident in question, it certainly seems to be the case that Kiev panicked that its imprisoned soldiers would soon spill the beans about the wide range of war crimes they’ve been accused of committing and therefore decided to kill them with HIMARS before they could talk. This cover-up might ultimately have been all for naught though since some might have already provided their testimony, which would mean that Kiev killed them for nothing.

One thought on “Dead Men Tell No Tales: Why Kiev Bombed Its Own Imprisoned Soldiers In Donbass”