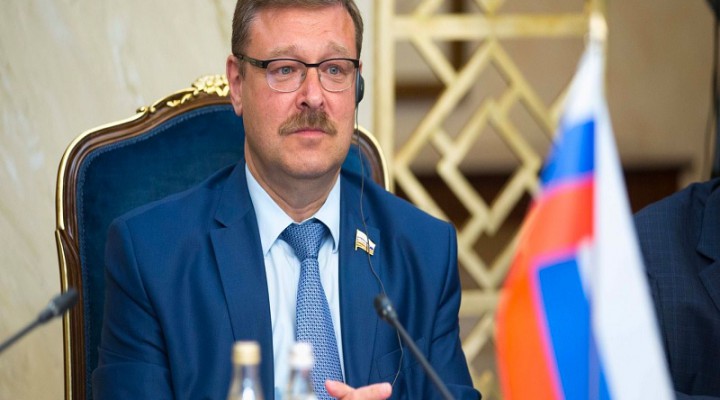 Just like Rome wasn’t built in a day, nor will the emerging Multipolar World Order be either, but now’s the time for all interested actors to prioritize pragmatic compromises with respect to whatever preexisting differences they may have in order to collectively contribute to creating more multipolar institutions that’ll eventually restore stability to International Relations and improve people’s lives.

Deputy Speaker of Russia’s Federation Council and Chairman of its Foreign Affairs Committee Konstantin Kosachev shared some crucial policymaking insight with the prestigious Valdai Club on Thursday while participating in a conference dedicated to the latest phase of the Ukrainian Conflict. TASS reported on the gist of his comments, which importantly concerned the urgent need to prioritize building multipolar institutions. According to Kosachev, BRICS and the SCO can form the organizational bases for the emerging Multipolar World Order, which can in turn help counteract the pernicious influence of those nominally neutral institutions that were hijacked by the US-led West since the end of the Old Cold War.

This top policymaker suggested that the goal of modern thinkers should be “to create institutions that will provide the freedom of choice for those whose right is to make this choice.” After all, the principal contrast between the multipolar worldview and the unipolar one is that the former respects all legitimate international actors’ freedom of choice to independently determine their future while the latter is obsessed with forcing them to kowtow to the demands of the declining American unipolar hegemon. The global systemic transition to multipolarity is irreversible even if it’ll still take some time to fully unfold due to the US’ divide-and-rule Hybrid War meddling across the Global South.

As Kosachev pointed out, BRICS and the SCO can form the bases for this emerging world order, but more institutions still need to be built. It’s here where one can recommend the visionary works of Russian thinker Yaroslav Lissovolik, who’s dedicated years of his life to elaborating on how the first-mentioned can be expanded upon through BRICS+ and other novel constructions such as BEAMS. Intrepid readers can review his archive at the Valdai Club here, which they’re highly encouraged to do. For those whose time is limited, an oversimplified summary of his many materials is that they concern the emergence of BRICS-based economically driven multipolar networks across the Global South.

Therein lies the most crucial takeaway since economic networks have the chance to tangibly improve countless people’s lives, which can in turn reduce the chances that they’ll be radicalized by artificially manufactured information warfare narratives into functioning as “useful idiots” against their multipolar governments at the behest of the declining unipolar hegemon. The US’ modus operandi at this stage of the global systemic transition is to turn its opponents’ own people against them so that they’ll organize Color Revolutions and ultimately resort to Unconventional Warfare (terrorism) in the event that the first-mentioned fail. This stratagem is being pushed because America’s military capability is limited.

It can no longer launch large-scale conventional invasions of foreign countries, or rather, it can still technically do so but at immense expense to itself in terms of costs and lost opportunities elsewhere. For that reason, infowar-driven Hybrid Wars are its destabilization method of choice nowadays, and they rely disproportionately on exploiting legitimate grievances (or at least the perception thereof) that are more often than not connected to some extent or another to their target audience’s economic conditions. It therefore naturally follows that gradually improving their living standards can immensely reduce the pool of “useful idiots” that America aims to mislead into becoming its Hybrid War proxies.

That said, there are also professional “Hybrid Warriors” who’ll betray their homelands for financial, ideological, or other reasons, but they’re unable to succeed without the army of “useful idiots” that Lissovolik’s BRICS-based economically driven multipolar networks across the Global South aim to eventually cull upon tangibly improving the lives of those countries’ citizens. Of course, the “devil is in the details” with respect to determining exactly how these proposed institutions will function as well as the specifics of the trade and investment terms between their members, but the primary point is that progress is impossible without first prioritizing the construction of these networks.

Everything must be more equal, fair, and just than the status quo in order to reduce the number of socially marginalized people whose situations America aims to exploit for its zero-sum divide-and-rule ends. The failure to sincerely commit to improving everyone’s lives is counterproductive since it discredits the government in question, their partners, and whatever economic agreements they’re negotiating, which can thus breathe a second life into the US’ destabilization operations. That’s why it’s absolutely integral that these emerging multipolar networks truly take the population’s interests into account and deliver tangible benefits to them otherwise they risk generating genuine grievances.

Returning to Kosachev’s crucial policymaking insight, it’s indeed the case that BRICS and the SCO can function as the primary bases upon which other multipolar institutions can be built, which leads to the relevance of Lissovolik’s visionary works with respect to comprehensively expanding upon the first one. Just like Rome wasn’t built in a day, nor will the emerging Multipolar World Order be either, but now’s the time for all interested actors to prioritize pragmatic compromises with respect to whatever preexisting differences they may have in order to collectively contribute to creating more multipolar institutions that’ll eventually restore stability to International Relations and improve people’s lives.

llusions of Superiority. What’s Next?

0 thoughts on “A Top Russian Policymaker Has A Point: It’s Time To Prioritize Building Multipolar Institutions”