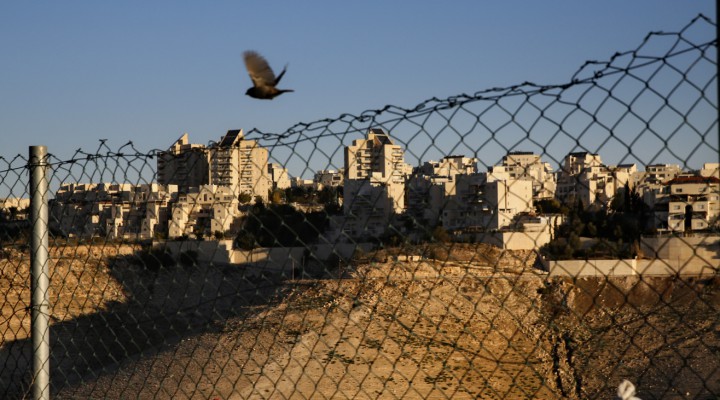 MPN- Human Rights Watch has been subjected to intense backlash by Israel and its supporters, including a number of state governments, for its role in publicizing the home rental company Airbnb’s operations in the illegally occupied West Bank.

Seventy-eight percent of Americans live in states that have laws or policies against boycotting Apartheid Israel or Israeli settlements, which are illegal under international law, according to a new report from Human Rights Watch (HRW). The report details the immense price Americans pay when exercising their free speech via their purchasing power to push back against human-rights abuses by Israel.

HRW further breaks down the number of states and which kinds of laws they have on the books:

Twenty-seven states have adopted laws or policies that penalize businesses, organizations, or individuals that engage in or call for boycotts against Israel. The laws or policies in 17 of those states explicitly target not only companies that refuse to do business in or with Israel, but also those that refuse to do business in Israeli settlements. Some states whose laws do not explicitly apply to settlements have also penalized companies that cut settlement ties.”

States should encourage, not sanction, companies that avoid contributing to rights abuses….

States with anti-boycott laws are effectively telling companies that if you do the right thing and disentangle yourselves from settlement abuses, you can’t do business with us.”

Earlier this week, Israeli courts upheld a decision to invoke a 2017 amendment to the country’s Law of Entry, effectively ordering the deportation of HRW’s Israel and Palestine director, MintPress News reported. Meanwhile, the U.S. has banned a founder of the Boycott, Divestment and Sanctions (BDS) movement from entering its soil.

The BDS movement seeks to economically pressure Israel and Israeli companies doing business in occupied territories into compliance with international law, including full rights for Palestinians and an end to the occupation of Palestinian territories, as well as the right of return for those who have been displaced by Israeli incursions over the years. Palestinians are, today, the single largest refugee population in the world.

The ruling in Israeli courts against the HRW director expanded the scope of Israeli’s Law of Entry, stating that “the country’s anti-boycott law applies to both boycotts directed at Israel and those directed at only West Bank settlements.”

Hitting back at HRW

Human Rights Watch has been subjected to intense backlash by Israel and its supporters, including a number of state governments, for its role in publicizing the home rental company Airbnb’s operations in the illegally occupied West Bank. Just one day prior to the release of the HRW report, entitled “Bed and Breakfast on Stolen Land,” Airbnb announced its decision to de-list rentals in the West Bank.

The report analyzed the status of the land on which the rentals sat, including:

17 properties built on land that the Israeli authorities acknowledge is privately owned by Palestinians but has been taken over for the exclusive use of Israeli settlers. An additional 65 properties are located on land that Israel declared to be public land through a mechanism that often includes what is actually private Palestinian land. Israeli authorities not only distribute West Bank “public” land to Israeli civilians, which violates international humanitarian law, but they do so in a way that discriminates against Palestinians, designating 99.75 percent of allocated land for Israeli civilian use and just 0.25 percent for use by Palestinians.”

The move was celebrated by anti-apartheid activists, but their joy was short-lived, as Airbnb caved to pressure from American states that sought to impose penalties on it in response. Shortly after Airbnb’s decision to de-list the properties, Israel’s Strategic Affairs Minister Gilad Erdan, who heads the government’s response to BDS, wrote a letter to the governors of Illinois, New York, Florida, Missouri and California, arguing that Airbnb adopted “the anti-Semitic practices and narrative of the boycott movement.”

Illinois, Florida, and Texas, which was not included in the letter, responded with threats of punitive measures against Airbnb. Human Rights Watch summarizes the threats as follows:

In December, the Illinois Investment Policy Board, tasked with ensuring that state funds are not invested in companies prohibited by Illinois law (currently entities doing business in Iran or Sudan or boycotting Israel), determined that Airbnb had violated its state anti-boycott laws and gave it 90 days to respond before adding it to a list of companies in which Illinois prohibits investment. (Airbnb is not publicly traded, but is expected to go public soon.) The Illinois governor at the time, Bruce Rauner, said he sought ‘to exert pressure on Airbnb to end its prejudicial policy against the Jewish state.’

In January, Florida also announced that it would add Airbnb to its list of ‘scrutinized companies that boycott Israel,’ subject to a 90-day review period, and ban state employees from using the site to book accommodations for work-related trips. Florida’s governor said he wanted to make Airbnb ‘feel the heat.’

Texas followed suit in March, initiating a similar 90-day review period before adding Airbnb to a list of companies from which the state would be required to “sell, redeem, divest, or withdraw all public traded securities.” The University of Texas administration also told faculty and students that state money cannot be used to stay in a property booked on Airbnb.”

While Airbnb is the most obvious example of states leveraging their power to curb free speech and crack down on BDS, the anti-BDS movement extends far beyond the three aforementioned states and has featured even harsher punitive measures internationally. In France, criminal charges and convictions have been brought against activists promoting boycotts.

Meanwhile, in New York State, which does not ban boycotts specific to companies operating in illegally occupied territories, companies that do engage in such boycotts have nonetheless been blacklisted.

The state lists 11 companies that have supposedly run afoul of its anti-BDS laws. Those include grocers that have stopped buying goods from occupied lands, even ones that offer other imports from Israel.

Previous reports from Human Rights Watch have found that “it is impossible to do business in the settlements without contributing to or benefiting from human rights abuse and violations of international humanitarian law.”