War is in the air (at least as an option) 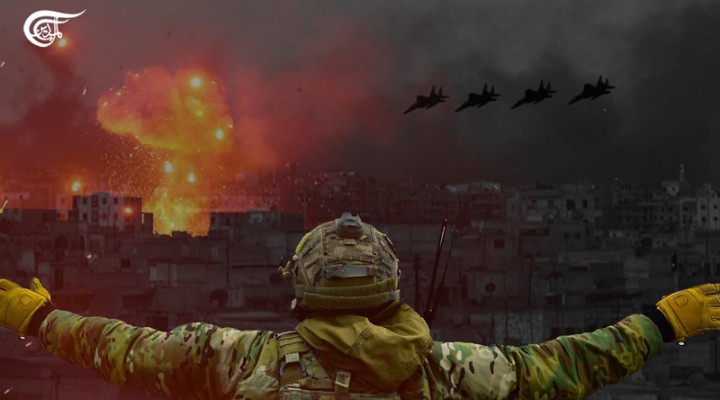 In an improbable twist for Ukraine, the US Neocons ‘are back’, claiming vindication for military force

In a textbook scripting, the de-escalation of the war on COVID – quite serendipitously – has transitioned seamlessly into the escalation of the Ukrainian war, with Vladimir Putin replacing the Virus as public enemy ‘number one’. Notably, we have witnessed over the course of the last two weeks, a marked shift in PSYOPS from the standard liberal-narrative domination of the information space, to something more sinister: Daily fabrications of atrocity and sufferings attributed to the Russian military that are inciting veritable a frenzy of outrage and hate in the viewing public for all things Russian, and consequently for demands that the West must punish Russia, and Putin, in particular.

In short, the extremity to which the PSYOPS are being taken now, suggests a preparation of the American and US public for war.

Whilst the line of no NATO involvement in the Ukraine clash – theoretically – still holds, it has been visibly eroding at the edges, with the explicit attempt – evidently long-prepared – to turn West Ukraine into the quagmire into which Russia (the Russophobes hope), will sink helplessly — for the more it thrashes in the mud, the more it is stuck fast.

The question is: Will those believing their own propaganda that the Russian military is stuttering and Putin becoming ever more vulnerable succeed in triggering a NATO–Russia war, ostensibly to topple Putin?

It may seem nuts. It would be nuts — but the war frenzy; the visceral hatred; the language which seems designed to exclude coming to political terms with Putin or the Russian leadership, tells us that war is in the air (at least as an option).

Furthermore, as Matt Taibbi tells it:

“Neoconservative intellectual, former Reagan speechwriter, John Podhoretz recently penned a triumphant column entitled, Neoconservatism: A Vindication. The Commentary piece declared that architects of the War on Terror like himself,  are now ‘back on top’, world events having proven them correct about everything from community policing to war”.

“Not only are they back on top, Podhoretz asserts, the NeoCons have conquered their primary intellectual foes, when it comes to the moral frame of deterrence – the idea birthed in the early 1940s to imagine the US as the ‘premier power in the world’ – and a force for good’.  The foes no longer are the ‘hip liberals’; Podhoretz avers, but rather “traditional conservatives” who have taken their place “as the leading anti-American voices (sic) of our time”.

Just to be clear, after Germany lost WW2, US “decision-makers regarded military restraint not as a virtue but as a recipe for chaos. Intervention was seen as inevitable, and isolationism became a dirty word. Politicians debated particular engagements, but they rarely questioned America’s role as global cop”.

In 1996, in Foreign Affairs, two NeoCon luminaries, Robert Kagan and Bill Kristol, argued that the collapse of the Soviet Union did not mean the US could abandon “vast responsibilities” globally. Instead, it needed to project enough force to “make clear that it is futile to compete with American power”. Achieving “benevolent hegemony” rather was to come from expanding NATO, and eschewing any policy permitting the long-term survival of nations not under de facto U.S. control. This not only meant America had to topple “rogue” states like Iraq, but would also eventually need to “change the regime in Beijing”.

This represents the new inside ‘play’ in the Ukraine issue: Neoconservatives think they have been vindicated by Ukraine, and their new Democratic allies seem to agree on America’s most improbable political comeback.

Of course, when the Iraq invasion ended in a monumental débacle, the NeoCons were universally derided, with Podhoretz sputtering excuses. Unsurprisingly, in its wake, the original military US internationalism entered a steep decline, and Treasury sanctions war Internationalism stepped into its shoes – with objectives little changed from the 1940s.

That remains true with Joe Biden and Secretary of State Blinken holding the reins. Both men proclaim the necessity of American leadership—and American primacy. But as Wertheim reminds us in his pioneering work, Tomorrow the World, foreign policy élites are elected to take on this role. It was not forced on them either in the 1940s, nor today – in Eastern Europe.

What is happening in respect to Ukraine is that in their zeal to crush the Russian economy, US hawks inadvertently opened the way for Russia and China to begin creating a new monetary system, well removed from the US dollar sphere. The writing is on the wall: US financial hegemony is ending.  Even the US Defence Department argues that the Dollar Reserve Currency status is not in the US interest (as it has off-shored to China precisely those supply-lines it needs to re-arm militarily for the coming conflict with China).

Well, inadvertently, this event (the eclipse of the dollar) it seems, has given the opening to the NeoCons to claim that they were right all along, and to revert to their 9/11 argument — that American military force should be used to depose “evildoers”.

It is in this light, that we should understand the twist in the PSYOPS language to describe President Putin as ‘evil’ — and why ‘war’ cannot entirely be discounted.

The Potential Catastrophe of Misperceiving ‘Total War’ as Tactical War

Dominating the Information Space: The Narrative Floats Into Fantasy