HOME / WORLD / To Think Outside the Box, It Helps First to Understand What’s IN the Box

To Think Outside the Box, It Helps First to Understand What’s IN the Box 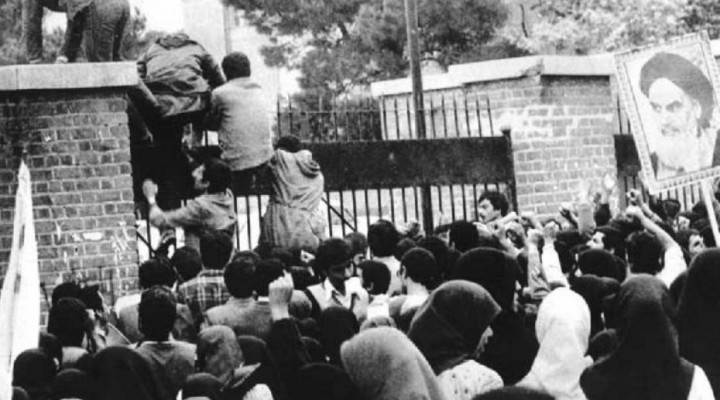 Daniel Levy, an erstwhile Israeli negotiator with the Palestinians, writes, “what Manama [Kushner’s presentation on the economic aspects of the ‘Deal of the Century’] tells us about the Kushner approach to the broader region beyond Israel-Palestine, may be more worrying yet for American and global well-being in the next 18 months …”:

“[The] ongoing American misdiagnosis of the region, including this White House’s naïveté, combined with an absence of bullsh[*]t detectors when it comes to what Israelis and certain Gulf states are spinning, were on dangerous display in Bahrain. The Trump administration has not succeeded in creating a new way forward on Palestine and the region. It has however bought into a project in which Israel and certain Gulf parties cooperate not in stabilizing the region, but in goading the White House into doing their bidding on Iran. The preference in Jerusalem and Riyadh is that, rather than come to terms with a necessary balancing of regional interests, including the legitimate interests of Iran, it is better to have America in maximum confrontation with Iran.

“Manama showed the limitations (let alone desirability) of any supposed new regional alliance [configured against Iran] … The gathering certainly brought into focus their shallow grasp of the Israel-Palestine portfolio. (One very senior participant privately confided that while it is nice that this US team prides themselves on thinking outside the box, it would be good if they first understood what was actually inside the box.) It was a jaw-dropping display of how completely they are being played by various regional actors in ways highly detrimental to American interests.”

So what exactly is it that is ‘inside the box’? Well firstly, ‘what exactly is it’ that the regional actors fear? Not an Iranian nuclear weapon – for sure. That is a ‘bogey’ conjured up by Israel to frighten and mobilise American officials in support of Israel. Even were Iran to develop such a weapon (which all US intelligence agencies say Iran is not so doing), how could it be used against Israel, whose population, between the river and the sea is 6.5 million Palestinians and 6.5 million Israelis? Nuclear weapons don’t discriminate by ethnicity.

Long ago, senior Israelis were quite open in saying to me that it was Iran’s conventional weaponry (and unconventional forces) that concerned them – they never believed Israel’s twenty-year narrative of Iran being a year away from having an ‘Islamic bomb’.

A year or two ago, I spent a week as guest of the two holy mosques at Karbala (Iraq). I saw there, in the Imam Hussein shrine something unforgettable. Inside that place, literally seething with humanity, was the spectre of fluid energy. It was a people who were mobilised – hugely energized, and for whom Hussein’s grim killing (the grandson of the Prophet) was unfolding at that very instant. They were living it, then and now, in a way that westerners simply cannot fully fathom.

What does this mean? What frightened the Gulf states then in 1979 – and what frightens them now – was the revolutionary, insurgent impulse of Iran’s Revolution. Shi’ism from the very outset has been somehow at odds with domineering, worldly power-plays: always seeking something – some deeper ‘within’. Kerbala showed me that if the revolutionary impulse in Iran had quietened to a smolder, it was not extinguished. And rather, that Shi’a religiosity is still igniting at the periphery.

Of course the 1979 Revolution – and the seizure of the Grand Mosque at Mecca by Wahhabi (Sunni) revolutionaries in the same year – frightened the Gulf states. The latter – in spite of their predilection towards launching religious Jihad against their enemies – at home, have embraced a secular, neo-liberalism. But the legitimacy of a security-autocracy or monarchy has been waning, and there is a lack of any credible system of governance (or even of any system for stable succession). There is in short, no compelling ‘vision’.

This is the point. These grand ‘dynamics’ of the Muslim world are none of America’s business, and more than that, they will not be settled by foreign intervention (any more than the bloody European ‘Reformation’ could have been arbitrated by a foreigner). In short, Shi’ism is experiencing a renaissance, just as the Arab ‘system’ continues its downward trajectory in terms of its popular legitimacy and credibility. For the US to think that the Gulf States are capable of confronting Iran – of quenching this Shi’a renaissance – is, as Levy says, naïve.

No, they cannot. Yet the Gulf States and Israel do however share a common interest. They would like America to destroy Iran on their behalf, in the hope that this would somehow prolong the longevity of Gulf monarchies. And, as it were, inoculate them too from internal civil unrest (with the region’s revolutionary ‘gene’ dispatched). But even so, some Gulf leaders see the danger that such a project might not be confined to Iran, but would immolate the entire region. For Israel, these security states provide the compliant – if inadequate – strategic depth in which a Greater Israel might, one day soon, be actualised.

So, what then is the nature of this Iran crisis? Well, there are two components: Firstly, the crisis between Iran and Washington is only nominally about nuclear issues. It is rather, a political crisis between Iran and America, which reaches back to the humiliation of US President Carter in the context of the US embassy siege in Tehran. The nuclear wrangle is just the pretext for this bitter struggle. When Secretary Pompeo speaks of negotiations being only possible – as and when – Iran were to become a “normal nation”, he plainly means only ‘when Iran abjures its revolution’. Again, this reflects a complete lack of understanding of ‘that’ which makes Iran precisely what it is.

This US-Iranian antagonism also explains why Iran rejects to negotiate on the JCPOA with Trump. The Supreme Leader understands that the nature of the crisis is one of deep political hostility, rather that of the parties needing to agree some technical download ‘patch’ to the JCPOA software (such as an extension to the ‘sunset clauses’).

A short term ‘sticking plaster’ applied to the JCPOA solves little. The antagonism remains unresolved. Instead, Iran intends to raise the stakes for Trump by giving him the choice: Risk your Presidential election prospects for 2020 through entangling yourself in ratchetting escalation with Iran, or back-off on oil and banking sanctions. The Iranian leadership will mount its own counter-measures against “regime collapse” pursued by economic strangulation. Trump may find he becomes obliged to choose either the military way – or retreat.

The second crisis is that inside Israel. Observe what a leading Israeli political commentator, Ben Caspit, wrote (in Hebrew, for Ma’ariv – 24 May) as a cri de cœur, prior to the large march called by the opposition to Netanyahu, just prior to the recent Israeli elections:

“It is imperative that to come to the Tel Aviv Museum of Art tomorrow evening. Come by car, come on foot, bring your bike, bring your scooter, come together, come alone. Bring your friends, your parents, your children, your wife, your husband, your caretaker. Come running, come walking, come with your walker or your wheelchair. Come as you are: from the left, right, up, down or center. What matters is that you come. It’s happening here, it’s happening now. You will have no excuses later. When you ask yourselves where you were when it happened, say that you were there. You came. You volunteered to save the State of Israel that we knew. You will know that you did not give up, that you did not complain, that you did not accept the decree, that you came to fight for your home. That’s not a cliché. This is a war for our home.

“This is not the war of Blue and White or the Labor Party or “the left” or the center or the liberals or the conservatives … It’s the war of every Israeli who believes in freedom, equality, the values of the Declaration of Independence and Israel’s character as the founding fathers envisioned it. Of everyone who is unwilling to accept a tyrannical government, who recognizes the slippery slope that we will be pushed towards when the Knesset places the government above the law and revokes the courts’ ability to perform their accepted function in any democratic country: oversight of the government.

“This is the war of everyone who is unwilling to let the Knesset turn into a city of refuge for criminals. This is also the war (as the polls have proven) of the right wing, of religious Zionists, of people who wear knitted and black skullcaps, of the Likud’s registered party members and its voters.”

Yes, the crisis of secular liberalism to which President Putin referred in his interview with the Financial Times is not confined to Europe. It is in Israel too.

Laurent Guyénot has written an erudite book, From Yahwey to Zion, that traces the path from biblical Yahweyism to secular, (yet still ‘biblical’) Zionism, as exemplified in the person of Ben Gurion. But what we can observe frightening Caspit so in his Ma’ariv pleading, is his fear that Israel may be transiting now, from liberal Zionism (of the early Kibbutzim stalwarts) back towards Yahweyism.

The Gulf States certainly have an inkling of this. And Iran certainly does. This constitutes the unspoken second strand. In a Washington Post piece headlined Trump’s Envoys take a Hammer to Middle East Peace, the Posthighlighted a photo of US envoy David Friedman hoisting a sledge hammer a few days ago to open an ancient passage way to “what some archaeologists and a right-wing Jewish nationalist organization believe to be an ancient thoroughfare that led to Jerusalem’s holy sites (but which passes directly beneath the ancient Palestinian neighbourhood of Silwan). Friedman was accompanied by Trump donor, Sheldon Adelson, Jason Greenblatt, Sara Netanyahu, the prime minister’s wife and former mayor of Jerusalem, Nir Barkat.

This may play well with Trump’s and Netanyahu’s bases, but do Trump and his advisers understand what they may be unleashing, through the emboldening of the religious Right in Israel (i.e. Yahwehism with all its biblical connotations of domination and even Empire)? Does Team Trump, Daniel Levy asks, really understand “how completely they are being played by various regional actors, in ways highly detrimental to American interests”?

Probably not – which is why the region is so on edge. The actualization of a biblical Israel – which US evangelicals clearly desire – represents a provocation far, far more potent than the ‘Deal of the Century’.

To Think Outside the Box, It Helps First to Understand What’s IN the Box

Trump’s Iran Policy: Dangerously Flawed Assumptions, With No Plan ‘B’

0 thoughts on “To Think Outside the Box, It Helps First to Understand What’s IN the Box”