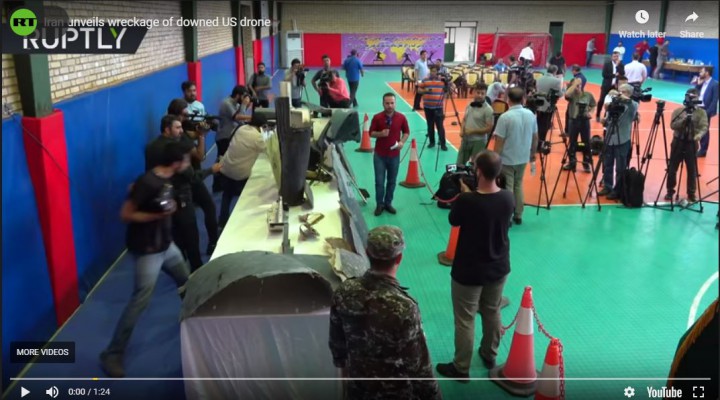 Not much message today, working around the house for a “0” visitor 4th.  We are starting with a video you will love, one that ends with me rolling down a hill while Robbie the Pict does the narrative in the background.  You might want to wait for YouTube to upgrade these to 4k as some have stunning visuals.

It’s nearly the 4th of July and time for VT “lite.”

I spent the last month out of the country, much of it in Iceland.  Absolutely everyone despises Donald Trump, Iceland, Britain, Ireland, every single individual.

To hear it, all you have to do is use that American Midwestern accent and they come up to you and say how sorry they are.  They assume you must hate him too.

Then again, Trump’s manipulation of stock markets allows me to spend money like water.  Thanks asshole.

The video above was taken in Iceland, along with 4000 photos and more videos as well.

We are taking a bit of a video look at Iran and their technological capabilities.  Their ability to serial produce drones, missiles and now 3rd generation fighter aircraft, please remember what happened to Britain in the Falklands, is problematic for, not so much “America” but for our no longer military but mercenary force working for Israel and Saudi Arabia (really the banksters but blaming Israel and Saudi Arabia helps “internet people” think they understand…though they never will….too much brain power needed)

What are we seeing?  There is a war on Joe Biden.  If I didn’t like Biden, I would now rethink that based on how much bashing the Deep State is doing of Biden.  If you hate him because of what the Deep State puts in its media about him, including the fake conspiracy emails you get from Israel (all conspiracies begin there)…they you are a dupe.

In the mess here, I  included some videos I took in Iceland and Scotland.  You will see Robbie the Pict, who spent several days with us.  Robbie has been with VT for a decade and was great company.  He is Scotland’s leading activist, running a bit of an anti-asshole war room as it were from the Isle of Skye, a pretty cool place.